While a bunch of sexy-time games (and some non-sexy time games) are getting banned left and right on Steam, some developers still feel emboldened to push the limits, chaff the skin, and rub the fur all the way to their climatic debut. That’s pretty much the route that developer Aaron Dodo is taking with his gay, furry, sex simulator, Dirty Education.

The game is about a young furry tiger named Kenny. Kenny has grown up having difficulty keeping his sexual urges in check, and so he decides to go to a special sexual college where anthropomorphic muscle-furries sporting massive male-beast meat, embrace in male-on-male, testosterone-driven gay sex.

Those who do well in the exams are given hardcore sexual favors in return, and those who fail are encouraged to do better in order to plow through the tight barriers standing in their way.

The hook of the game is that it’s a mix of visual novel and dating simulator. You’ll have to complete various randomly generated puzzles in order to advance through the exams and unlock uncensored CG scenes featuring hardcore furry sex, along with raising the affection levels with the muscle-bound, hyper-masculine furry teachers.

The game utilizes an exaggerated art-style focusing on bulging muscles and massive male genitalia, along with the various orifices that eventually house said genitalia. 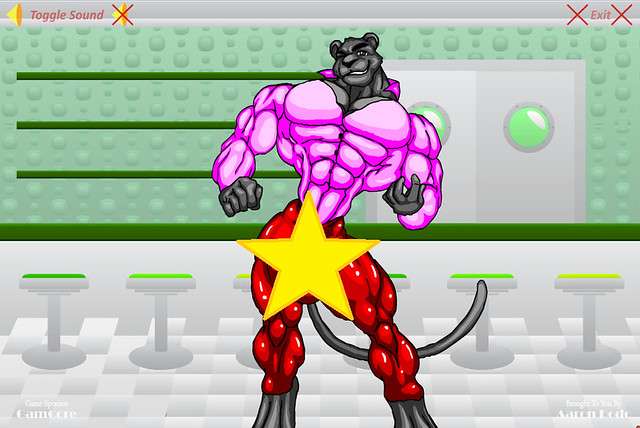 If the game does release on Steam it will also serve as a stark reminder that in the eyes of Valve… some games are more equal than others.

You can learn more by visiting the NSFL Steam store page.

(Thanks for the news tip Rich)