A YouTuber going by the handle of GammonDorf put together a six and a half minute video collage as a fan-ad made on behalf of Gillette called “I Believe: The Best A Woman Can Be?”. The video was made in response to Gillette’s anti-male propaganda they put out last week, attacking men and masculinity in general.

The fan-made collage is sure to strike deep into the hearts of triggered feminists the world around, as it highlights some of the worst failings of modern day women. The video showcases news clips, video footage from hidden cameras, and other reportage capturing women behaving badly and engaging in all sorts of criminal activity, from killing their spouses, mutilating the genitalia of men, raping young boys in school, physically abusing their toddlers, letting their kids drown due to neglect, bullying other girls into suicide, and even hiring hitmen to kill their significant other.

Check it out below.

[Update: After YouTube took down the video, there’s a second version available for viewing below.]

The creator of the counter-ad, GammonDorf, added the following smarmy comment to the description…

“False accusations? Paternity fraud? Is this the best she can get? It’s only by challenging our “better half” that we can get closer to being whole.”

This is basically mocking the Gillette ad titled “I Believe: The Best A Man Ca Be”, which was commissioned by a marketing firm steeped in Social Justice Warrior politics.

Lowder With Crowder actually included sources relating to the past history of projects that the Gillette ad director, Kim Gehrig, and Somesuch ad president, Sally Campbell, have been involved in leading up to the hugely controversial ad for men shavers. As noted in a piece by the Daily Mail, Gehrig has ties to previous projects lambasting “toxic masculinity”…

“The director behind Gillette’s controversial new ad is a woman whose past work includes an ode to female genitals and a short film that explores ‘toxic masculinity’ featuring a protagonist whose life crumbles when he becomes addicted to steroids.”

There was also a second quote from the piece highlighting Campbell’s past with feminist proselytism.

According to the same piece, Campbell’s commercials dabbled in feminine hygiene as well as ads that centered around feminine menstruation…

“Somesuch’s portfolio shows that it shares Kim Gehrig’s socially active approach, with notable campaigns that include Audi’s feminist 2017 Super Bowl commercial and an ad for feminine hygiene brand Libresse – which is sold as Bodyform in the UK – that offered a no-holds barred look at menstruation – including shots of blood and period sex.”

That’s not to mention that as mentioned in the previous articles, the selection for the ad company to handle Gillette’s commercial was commissioned through an agency that purposefully focuses on bringing in directors and creators who are not straight, white males.

So basically the Gillette ad was always going to be through the lens of someone who was not the target market demographic.

It’s the equivalent of getting a ballet dancer to put together an ad for Wrestlemania, or a pacifist to market an ad for the biggest UFC pay-per-view of the year.

Regardless, it’s nice to see that some people are pushing back against the propaganda-laden content that some corporations are pushing so heavily into the mainstream. And unlike the Gillette ad on YouTube, the comments and likes for the Gillette Venus fan-ad seems to be well liked by the community. 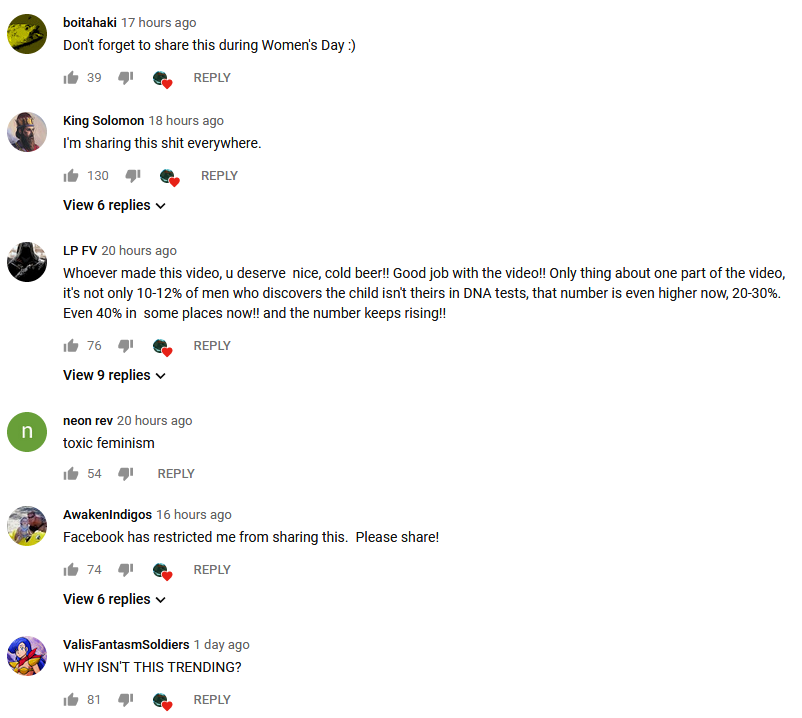 It’s doubtful that the video will ever trend. In fact, I wouldn’t be surprised if it gets reported by the usual suspects and eventually slapped with the Limited State label, but hopefully that doesn’t happen.

Anyway, you can check out the fan-made collage above that Gillette will probably either never see or try to have wiped from the net to protect their own propaganda, but it’s good to know that some normies will at least be made aware of the counter-culture groundswell from people tired of the current war on anime, war on waifus, war on video games, war on men, and war on culture.