If you haven’t been keeping track of gaming news lately, Sony’s California headquarters mandated a new censorship regulation policy for PS4 games. It’s difficult to gather what exactly the policy states because so far it’s mostly affected Japanese game developers and due to non-disclosure agreements they haven’t exactly pointed out what has to be censored or how.

What we do know is that apparently touching game characters is no longer allowed, as evident with Senran Kagura games being banned from including the Intimacy Mode in any future games on the PlayStation 4 and Omega Labyrinth Z being banned. And we also know certain forms of sexualizing characters isn’t allowed, given the censorship that has taken place with games like Nora, Princess, and Crying Cat and Yuragi-Sou No Yuuna-San.

Many of these games have been censored with ridiculous “mysterious lights” as they’re called by Japanese developers, in order to comply with Sony’s new policy. What’s more is that these games are left uncensored on the Nintendo Switch, proving that this has nothing to do with the ratings boards. 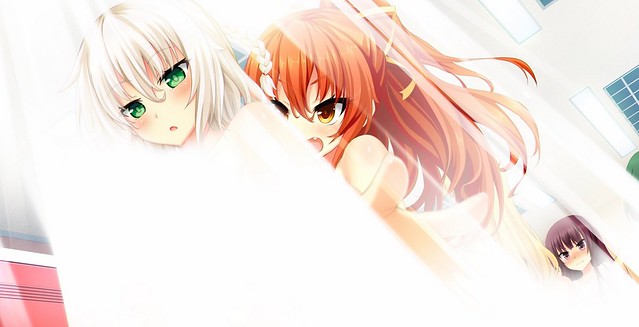 There’s a complete list of games that have been affected since Sony’s new censorship policy has been put into place.

Former World of Warcraft designer and creative director over Firefall, Mark Kern, took to Twitter to discuss the issue as reported by DualShockers. Kern posted a series of tweets on January 25th, 2019 to criticize Sony for enforcing developers to adhere to these policies, and inconveniencing many Asian developers since the regulation forms are in English, which makes it difficult for them to adhere to.

There is a new wave of puritanism hitting games. Sony USA is dictating what Sony Japan’s standards are for censorship. The US has a long history of moral panics (prohibition, anyone?). We’re caught in another one. It will swing back once again, but its ridiculous now.

From a business perspective, there is danger in giving in to the panic. Like all panics, its a form of mass hysteria. It’s not real, and in fact buyers don’t care, only the pundits and social media “reeee” crowd. My advice to game companies: don’t cave. You will lose customers.

On the contrary, standing up and pushing back against censorship has boosted sales every time I’ve seen a game company do it. Not just maintained, but raised sales and visibility that they otherwise might not have had.

So go for it. Show that navel.

What Kern is referring to about going “woke” to supposedly sell product to an untapped market is what we generally call Get Woke; Go Broke.

It’s based around the faulty economic concept that abandoning your existing demographic to cater toward a phantom audience will net you billions in untapped revenue. This has not worked at all, and plenty of games, movies, and comic books have failed in lieu of chasing said phantom audience. In fact, so many products, businesses, and entertainment ventures have failed using this “woke” method of chasing dollars that there’s an entire Get Woke; Go Broke master list.

Obviously, various blue checkmark game journalists are not pleased with Mark Kern outing Sony’s censorship agenda. In fact, PC Gamer’s Andy Chalk opted to mock Kern instead of reporting on the fact that Sony is forcing developers to censor their games even beyond what’s required of regional ratings boards such as CERO, ESRB, and PEGI.

i didn’t see your tweet initially, just the text “former blizzard producer” and i had a sinking feeling

I’m just irritated that sites continue to give time to that idiot toerag.

Even still, it’s no surprise that the established enthusiast media that controls the major news feeds, and what gamers know, are dead silent on all of the censorship happening within gaming, since they’ve actually advocated for it.

In fact, Valve’s recent ban-spree of adult themed games was encouraged by outlets like Polygon and Kotaku even before Valve implemented the adult filters.

The gaming press are essentially the number one enemy of gamers, since they’re literally encouraging anti-gamer policies, and promoting the censorship of titles that some gamers enjoy. This is why you won’t see the major sites trying to help the indie devs affected by the Waifu Holocaust 2.0 trying to get to the bottom of Valve’s change in policy, or Sony’s enforcement of censorship of games already rated for a mature audience.

(Thanks for the news tip Doctor Dementor)