According the Steam database entry, the game was removed from the Steam store on January 9th, 2019. The was originally supposed to release on January 17th, 2019 before it got removed by Valve. 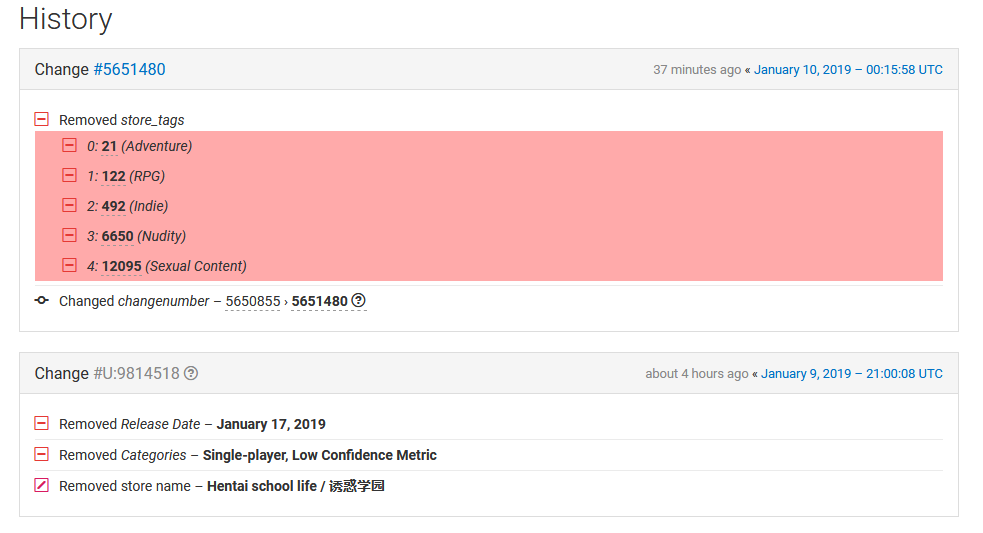 This came after multiple postponements after being denied release on Steam since December, 2018.

The delays carried on over from December to January, where Valve finally banned the game.

So far there’s no reasons why the game was banned.

The discussion thread is fairly empty and there’s no word on the ban from the social media account of the publisher, Tengen Studio. And while we can presume that the game is banned because it features a school student in various states of undress, it’s unclear if there was actually any nudity or hardcore sexual content in the game, given the vagueness of the mature content description, which states…

However, given the last line, some could construe that the game may actually contain hardcore pornography. But we don’t actually know, and Valve hasn’t given any reason for why the game is banned.

According to the Google web cache archive, the game itself is about a high-class prostitute who decides to make a better life for herself by going back to school. However, the temptations and desires of her old life battle with her willingness to embrace a new way of living, as she attempts to leave behind the shameful acts of perversion.

The publisher has released other games on Steam in the past that have not been banned, including Alien War Girl, which is a sci-fi H-game, and has been available over on the Steam store since November of 2018. So this isn’t a move that is specifically targeting the publisher.

This could be due to the silent policy change that Valve enacted, where some developers revealed that “school” settings and “child exploitation” in games were going to be scrutinized higher and likely banned.

However, Valve has not made any public statements about actual policy changes from when they first introduced the adult filters back in September of 2018, following statements from the company proclaiming that they were not going to be the “taste police”.