Bansay Games’ High School Fantasy has been banned from Steam. The game was originally set to launch on January 21st, 2019 and it had a “Coming soon” banner on the store page, but that won’t be happening. According to the SteamDB entry, the game has been removed from the Steam store page after being banned on January 24th, 2019.

This is the third game to be banned today, with the other two being Victory Project, which isn’t even an H-game nor does it contain any explicit sexual content, and Ona-Ken! International.

It’s tough to tell exactly how explicit High School Fantasy is in comparison to other games that have been banned. According to the mature content descriptor taken from the archive of the Google cache, it simply states…

Now this isn’t clear if this means the game contains standard mature content that’s equivalent to an M-rated game or mature content for an Adults Only or R18+ rated game. It’s tough to tell from the launch trailer just how explicit the game gets.

Nevertheless, the description of the game states that it’s about a 19-year-old high school guy on the verge of graduating, but he wants to score with a hot girl before he does so. The game centers around making choices in order to land a hot girlfriend before the end of the semester.

However, given Valve’s statements and recent ban spree of games even themed around a high school setting (mostly targeting indie developers as evidenced with the fact that games like Senran Kagura Burst Re:Newal weren’t touched), it’s pretty obvious that even flirting with the idea of having a potentially sexually charged story themed around high school students is completely off limits these days. 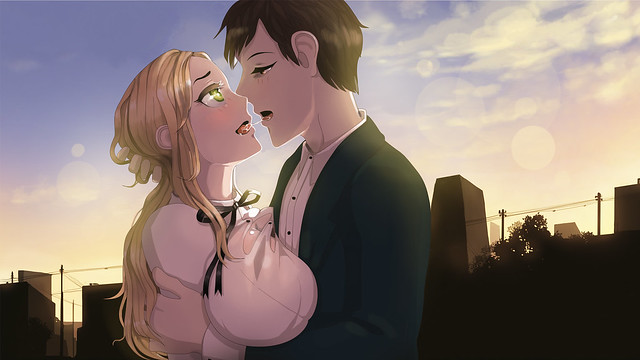 High School Fantasy is just another game in an ever-growing list of games that have been banned for nebulous reasons since Valve stated that they were not going to be the “taste police” and would leave the curation up to gamers.

(Thanks for the news tip Rich)