Johnnie Walker Joins Gillette In Getting Woke, Promotes ‘The Future Is Female’ Ads

Johnnie Walker is a brand of Scotch that has been around for quite some time. The old-school alcohol brand has been promoting its wares since 2011 on Twitter, so they’re no strangers to how marketing and sales work. However, the company’s current marketing team decided to join in on the current anti-male propaganda that Social Justice Warriors have been pushing over the last seven years with aplomb. This includes joining in on agitprop that proclaims “The Future Is Female”.

The promotional tweet was posted on January 17th, 2019, where the Johnnie Walker brand announced a partnership with Walk With Jane as part of the Women’s March.

Here’s to every voice. Here’s to every step. We partnered with some incredible artists to create powerful poster designs for the Women’s March. To print your own, go to https://t.co/FByJjtGAPT. #walkwithjane #womenswave pic.twitter.com/zqVWA4MS9S

The agitprop consists of anti-Trump slogans, such as “Resist”, as well as a familiar slogan used by Kathleen Kennedy and the group at LucasFilm (which didn’t work out too well for them as far as revenue was concerned). Except instead of claiming that the “Force is Female”, there’s a poster proudly proclaiming that the “Future is Female”. 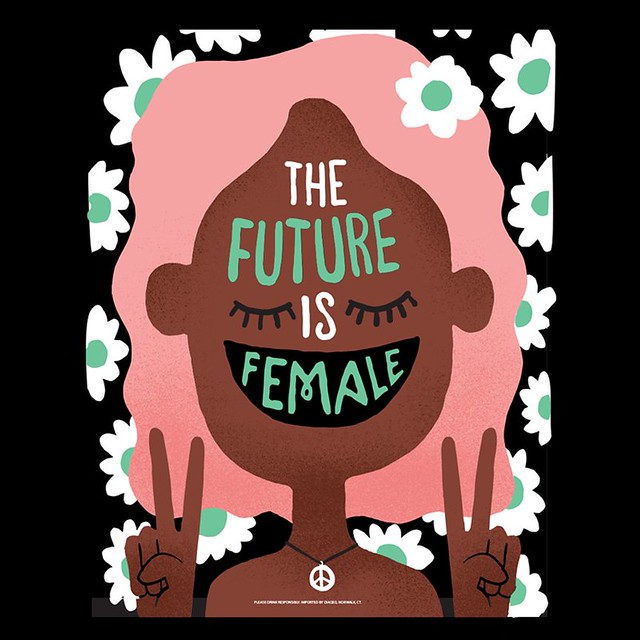 This kind of anti-male propaganda has been all the rage recently, with Gillette also having joined in on that kind of Left-wing pulpit preaching with a recent ad that demonized men for being men.

Thankfully, most men rebelled against Gillette’s attempt to undermine Western culture. Some people were actually textually flogged on social media by Left-wing activists, such as former Halo composer Marty O’Donnell.

Nevertheless, all of the shaming and public ridicule doled out from the people who live on social media day in and day out preaching the unholy word of the Intersectional Inquisition are having a harder time convincing the general public that all of this propaganda is good for them. In fact, the Johnnie Walker Twitter thread is filled with lots of protest from those of whom we can only assume will be former customers from now on.

for fucks sake 🙄
Now I have to switch scotch.

Why can’t the morons in the marketing departments just stop with the insane politicking?????

Political controversy can be benefitial. Free advertising even boycotting doesn’t have to harm the brand because it inspires an opposite reaction. And if it fails and they “go broke”? Well companies are owned by dishonest ideologues anyway.

Especially for this company.

So you are trying to tank your company….gotcha

You should rename yourself Gillette Whisky

Coming soon to a SJW near you:

That way you can support wamenz even harder.

It appears as if some companies want to take a dump on the face of their own finances, and leave their consumers high and dry in the process.

It doesn’t take much to see where this kind of behavior leads. We have a saying, it goes a little something-something like… Get Woke; Go Broke.