Dontnod Entertainment’s highly racist and very politically-charged sci-fi drama, Life Is Strange 2, finally has the second episode available called “Rules”. You can grab a copy for the PC, PS4, or Xbox One. Alternatively, if you already have a copy and you need some help with the choices, there is a gameplay walkthrough guide available for Life Is Strange 2: Episode 2 – Rules.

The episode was duly buried since it released on the same day as Resident Evil 2 Remake, so everyone was focused on the much better survival-horror game from Capcom. Anyway, if you need help with the choices and decision, along with the puzzles and outcomes, there’s a complete walkthrough guide made available from YouTuber Illuminat3D.

The second episode picks up where the last episode left off, after the two Mexican brothers were helped by a white online blogger (the same kind of Liberal blogger who would have lost his job had he been working in the real world at AOL, Buzzfeed, or Yahoo for publishing fake news).

Daniel and Sean are still on the run, and moving through Willamette in Oregon.

The episode starts with Sean trying to get Daniel to use the Force to lift rocks.

You can tell Daniel to lift certain objects, including various rocks around the environment. 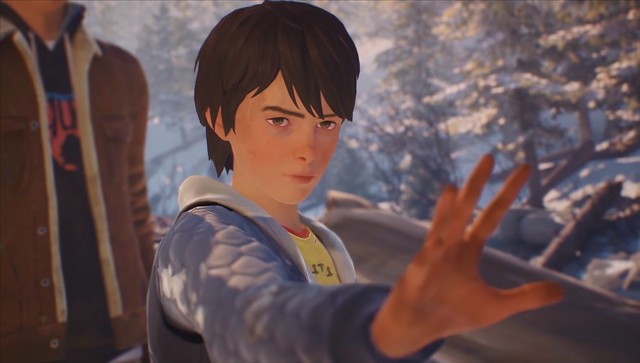 Have Daniel train his powers up by messing with cans and throwing snowballs at him.

While getting water out of the stream for the canteens, Daniel will use his powers to make it easier on himself, you can either encourage him to increase his power’s strength or chastise him for using his powers carelessly. This will affect how Daniel develops his power.

You can also encourage or discourage Daniel’s use of foul language.

Examine the objects around the cabin and then look up at the metal box in the abandon tree house.

Daniel will bring the metal box down and the duo will keep it.

Go onto the porch and sit down on the couch to trigger a cutscene. Head inside the house to get warm.

Inside the cabin they go over the three rules:

Go over to the stove and prep it to cook a meal. You’ll need the lighter to start the fire.

You’ll find the lighter on the desk by the newspapers in the other room with Daniel and Mushroom.

After making the meal you can sketch the outdoor area by going outside with the notebook and sketching out the still life after looking around the environment by “observing” it. You can do this by simply holding down ‘X’ on the DualShock or ‘A’ on the Xbox One controller.

Once you get done sketching the meal will be ready and you can then serve it up.

Go into Daniel’s tent and get the map and bring it back into the other room.

After telling Daniel that they need to go with their grandparents, you can play a board game to pass the time.

If you win the game you can choose to either draw a dick on Daniel’s bag or draw a wolf on it. If you draw a wolf on his bag he’ll think it’s “cool”.

Take the dog outside to piss and Sean will smoke a cigarette while the title screen comes on… one whole hour after the episode starts.

As you’re prepping to pack up and leave, Daniel will get frustrated about not being able to pack up everything into his backpack. Once again, you can chide him on using foul language or let it slip. If you don’t want him to grow up to be a foul-mouthed millennial ranting and raving on Twitter like a Liberal degenerate, be sure to tell him not to use swear words. 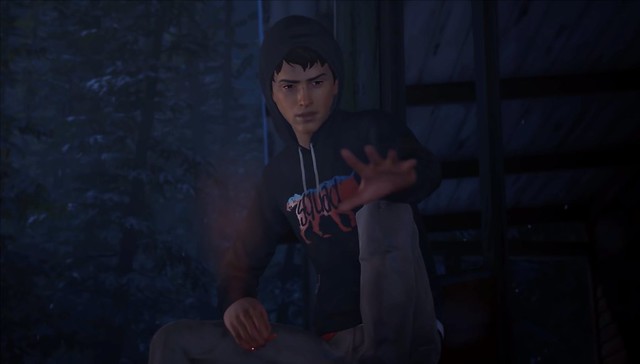 When you finally go outside there are droplets of blood leading to Daniel and the dog, Mushroom.

Daniel will use his powers in an attempt to kill the cougar. You’ll have a defining choice here to either step forward and stop Daniel from killing the cougar with his powers, or let Daniel beat up the animal with his psychokinetic abilities.

Daniel will also ask if the dog is up in heaven. If you tell him “yes” he will remember that.

The duo will then travel from the cabin and make their way through the forests, trekking back to the road and eventually arrive at their relative’s house. 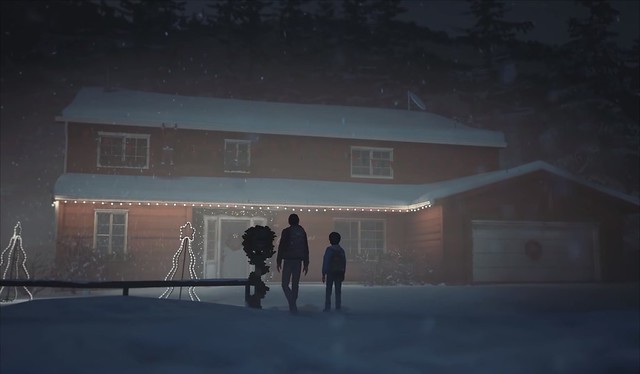 The grand parents will tell Sean and Daniel that they can stay with them.

Claire will suggest to pray before bed, and you’ll have the choice of either joining in to pray with Claire or opting out.

This is probably one of the few moments where Dontnod gives a proper nod to traditional Western values in an honorable way.

You’ll also be able to ask Daniel about his powers and if the powers hurt if he uses them. Sean also warns Daniel away from using his powers in front of Stephen and Claire.