The tweet from Compile Heart went out on January 25th, 2019, where they informed gamers about the upcoming release of the game on the Nintendo eShop for 4,000 yen. However, you can pre-order the game for 2,800 yen and pre-download the game ahead of the January 31st release date starting January 30th.

The worthwhile part of the tweet, however, in addition to containing a spicy image of a scantily clad minx, is where Compile Heart writes…

“Moero Chronicle H’s exclusive download for the Nintendo Switch is making the heart pound. For the scratch and undressing mode, the mysterious light, and the mysterious cloth, and the [censorship] regulation – there is none!” 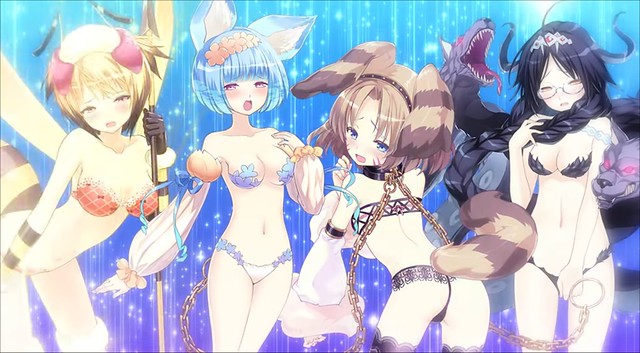 This is in direct reference to games like Nora, Princess, and Crying Cat for the PS4, which was heavily censored on the PS4, but released unscathed on the Nintendo Switch. The game featured some ridiculous mysterious lights to block out the female cast members in their underwear or groping one another. Other games used steam or extra clothing to cover up the girls during the hot spring segments or where lots of cleavage was on display, which is what they did in Yuragi-sou no Yuuna-san.

Other games have been completely banned from the PS4 in the West, such as Omega Labyrinth Z, presumably because PQube refused to censor the game on Sony’s platform.

The upcoming waifu-bait for the Switch will be available starting next week. As mentioned, pre-dowbloads will begin for those who pre-order the game starting January 30th, but everyone will be able to buy the game on January 31st.

You’ll be able to graba copy of the title from the Nintendo eShop. Also, since the Nintendo Switch is region free you can download games for the Switch from different regions by simply going to the official Nintendo website and changing the region in your profile. From there you may need to load the local region’s currency onto your account (viz., there are point cards available from Play-Asia) and then simply proceed to purchase the game on the Nintendo eShop right from Switch’s homepage. It’s literally that easy. 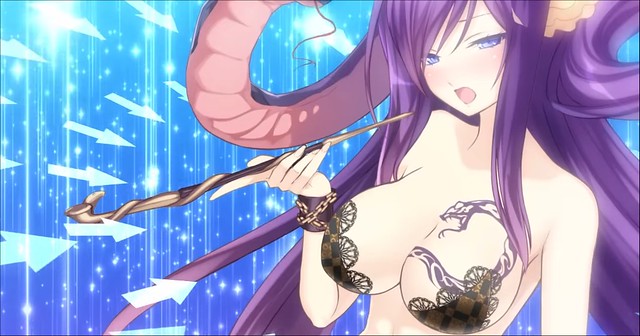 Nintendo is proving that they do lewds while Sony doesn’t.

You can learn more about Compile Heart’s upcoming title for the Nintendo Switch by visiting the game’s official website where you can get a big, full glimpse of some catgirls and exposed panties.

(Thanks for the news tip zac za and Joshua Michael French)