More than 1,000 journalists and staff from various media industries, including Verizon’s media group, Gannett, and Buzzfeed, have all been laid off.

According to Axios [via KIA], the outlet is reporting that Verizon cut approximately 7% of its global workforce, or around 800 jobs from across the organization. Gannett cut over 20 jobs, and Buzzfeed let go of 15% of its workforce, or 250 people.

It’s not all journalists, though.

According to CNBC, some of the staff includes those working in the Verizon Media Group media property division, the advertising sector, and the technology departments. This stretches across various sub-divisions and subsidiaries of Verizon, including AOL, Yahoo!, and the Huffington Post, the latter of whom had 20 people laid off from its opinion and health section, including Jason Cherkis, a Pulitzer Prize finalist, as noted in a piece by the Huffington Post.

This is no loss at all given all the fake news produced by a variety of outlets, including the Huffington Post, who shamelessly published a fake news piece by a South African male pretending to be a male-hating feminist that he put together in order to prove the media’s bias. They fell right into his trap because they broadcast the piece on their platform without fact-checking it first. It did, however, blow up in their face and also cost them an editor-in-chief when it was all said and done.

But that wasn’t even the first time The Huffington Post was caught in an ethical conundrum. Apart from publishing fake news about #GamerGate, they were also one of the leading outlets exposed for adopting a bias in order to push Clinton’s 2016 Presidential campaign to help signal boost her prominence within the media sphere, as outlined in leaked documents from Wikileaks.

It shouldn’t have to be recounted how often Buzzfeed was put through the wringer for fake news, but the latest cost the outlet coverage that reached nearly the highest echelons of government. The gaffe involving publishing untrue statements about President Trump and Russia were even rebuffed by attorney Robert Mueller, who is leading the investigation on the Russia conspiracy, as reported by the Boston Herald.

Buzzfeed was also sued by a Russian tech guru for propagating more fake news regarding the Russian conspiracy, back in the spring of 2017.

Heck, Buzzfed also wasn’t above generating fake news in the realm of gaming either, purposefully omitting facts and misreporting on a scenario involving a very public firing at ArenaNet, which they tried to spin as an injustice against feminism, which turned out to be untrue. 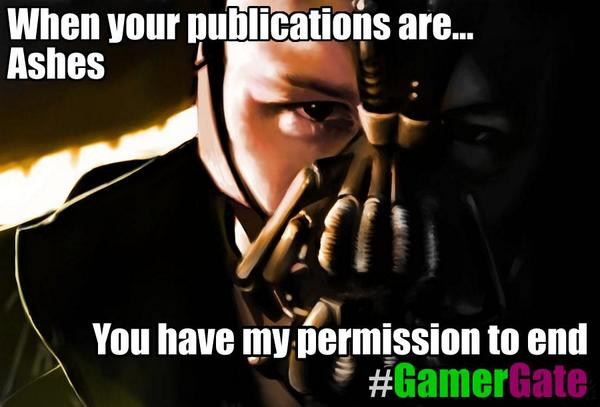 Breitbart also pointed out how the whole “boom” period in the media based around Donald Trump’s Presidency that was supposedly good for business, was actually fake news in itself. It’s a noteworthy article because it points out that the information predicated on what viewership gains they supposedly had in the last few years was also fake news.

However, for some odd reason Breitbart’s John Nolte actually decided to employ some measure of empathy towards those who lost their jobs, writing…

“Let me start by conveying a heartfelt message to the 1,000 “journalists” who were laid off on Thursday. I want all of you to know that I feel as awful about you losing your jobs as you would if everyone here at Breitbart News lost their jobs.

“No, I mean that. Sincerely. We are all human beings here, and some things just need to be said. In fact, let me go even further with this: I feel as badly about you losing your jobs as you felt for all those coal miners who lost their jobs during the Obama era. That’s from me to you. That’s fer’ real. That’s from the heart.”

There is no sympathy here because they deserve none, neither sincerely nor snarkily.

These people have ruined the country and created nearly irreparable division among the general populace. I wouldn’t sympathize with a criminal who knowingly and unrepentantly committed crimes not because they had to for survival, but because they wanted to for their own ideological purposes. In this case, these people actively chose to become enemies of free speech; they chose to demonize and castigate anyone who dared question their canard; and they chose to defend their corruption by falling back on the ever receding credibility of their longstanding platforms, which was rapidly diminished through their systematic broadcasting of fake news.

And for anyone who uses the excuse “Well, they didn’t think it was that bad.” or “They didn’t know that their outlet was doing that much damage.” or “Some of the people fired were just afraid to speak up.” Spare me your sniveling excuses.

In the face of the caustic calamity and panics these people orchestrated (oftentimes through private groups), anyone willing to keep their head down while the country is being torn asunder from lies and malfeasance while they see their colleagues gleefully participating in the destruction of their own nation deserves a fate no worse than their treasonous cohorts.

These leeches of infamy and vampires of social media virtue had no qualms about executing the decorum of honest discussion, nor did they have any qualms about advocating ideologically-driven censorship through the calumny of misinformation.

Perhaps, next time, those caught up in the backlash from the misdeeds of their peers will think more heartily about speaking up and putting their foot down when their colleagues decide to proselytize falsehoods from the platform at the cost of their credibility, and eventually their own livelihood.