NetherRealm Studios formally announced Mortal Kombat 11 and showcased some of the gameplay and features. This included completely remodeled characters for each of the playable cast members. As is typical in almost every Western game coming out or recently released since 2014, the female characters are all covered up from head-to-toe, including a newly reintroduced Skarlet, who is now in a hijab. Really.

[Correction: Some people are saying that it’s not a hijab but rather a shemagh.]

Her default outfit looks like some kind of Muslim terrorist garb; she has a harness with pouches and packets that almost look like they’re used for carrying ammo or bombs, while sporting a leather getup underneath a cloth garb. She’s literally covered from head-to-toe, and gamers noted how much of a massive change she’s made from Mortal Kombat 9 to Mortal Kombat 11. 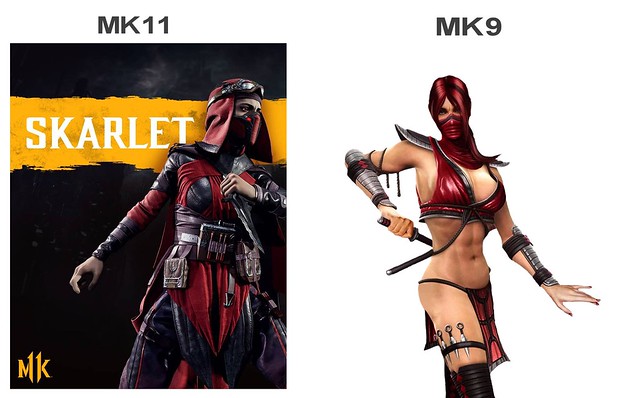 Worse yet, they also gave her a middle-eastern accent and got rid of her long flowing red hair in place of a brunette pixie cut.

They also added streaks of red in her hair as if she had an SJW-styled dye-job, which makes her look like a diversity-hire plucked off the cesspit sections of Twitter. 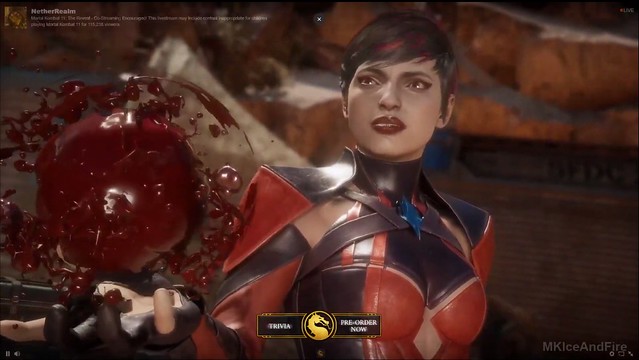 The military mama looks like she hit the wall running at 30mph.

While they hired former UFC champion Ronda Rousey to do the voiceover for Sonya, they seemed to have picked up a homeless woman for the facial scan, because she looks hit. 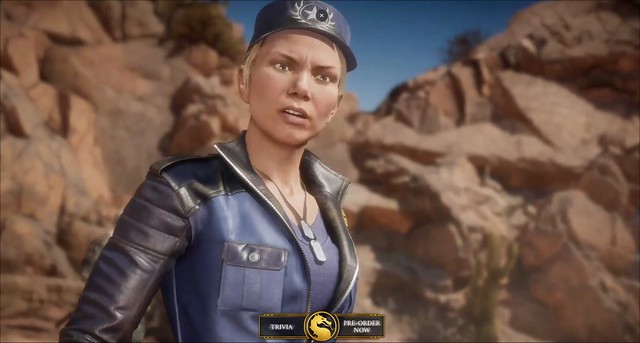 Those are some dog-face attributes if I’ve ever seen them.

The least they could have done if they were going to bring in Rousey to voice the character was also use her face, because she looks ten times better than the freakshow they put together for Sonya’s in-game model.

Then again, this isn’t the first time that NetherRealm purposefully made a straight white woman look hideous. Remember the infamous jacked up faces from Injustice 2? Well, it seems to apply to Mortal Kombat 11.

I know back in 2015 NetherRealm Studios said they were making the women look more “realistic” by toning down their sex appeal, as reported by Gamespot, but that doesn’t mean they have to look butt-ugly.

Hopefully they can redo Sonya’s face before the April 23rd, 2019 release date arrives for the PC, PS4, Xbox One, and Nintendo Switch versions of the game.

They also dropped a story trailer revealing the game’s prologue. It picks up slightly before the very tail-end events of Mortal Kombat X where Raiden dumped Shinnok’s head in front of Liu-Kang and Kitana, who had become the rulers of Outworld. You can check out the video below, courtesy of GameCheck.

Some new chick appears to be the main villain this time around.

They almost hint at her having some element of sex appeal, but she’s actually bald and ugly. She can also stop time.

In the extended gameplay reveal we also find out that Geras is the new character being added to the roster of Mortal Kombat 11.

NetherRealm appears to have gone full SocJus because Geras has sand powers and appears to tap into some sort of ancient Egyptian power. But he’s black.

There’s also the return of Fatalities. They’re as gruesome as ever, and a compilation video of said Fatalities was posted up to cover all of the revealed moves so far. Obviously it’s a-okay to have super-violent finishing maneuvers but it’s verboten to allow a woman to bare her cleavage or show some skin. It’s even more off-limits to have an enticing rack with some realistic boob jiggling.

Anyway, you can check the Fatalities trailer below.

And finally, the game will feature a customization mode for each of the playable characters on the roster not unlike Injustice 2.

The idea is that you can unlock and collect customization accessories, items, and clothing for the characters. This includes three different body parts that can be modified: head, torso, and legs. Along with being able to unlock parts for their secondary weapons.

You’ll even be able to customize the character’s abilities, and their AI behavior and save the profile for when you fight online, not unlike the Drivatars from Forza Motorsport. 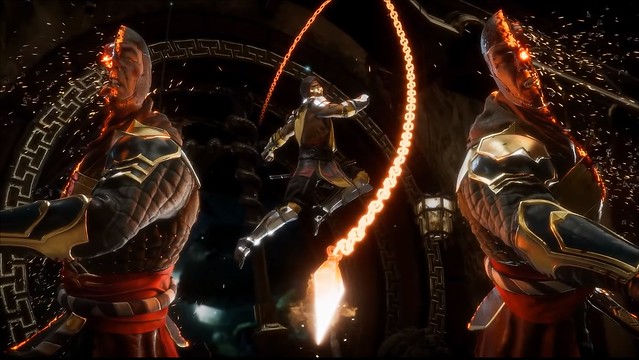 Some of the gear can also be augmented with runes, similar once again to Injustice 2. I imagine they’ll use this to sell cosmetic items from the cash shop, but force players to grind to unlock the augmentations so that they can get around any accusations of being a pay-to-win game.

Anyway, Mortal Kombat 11 is due out in April. A beta test is expected to get underway this spring for people who pre-order the game.

As is typical for any Western game, if you support the sexiness of women, you’ll probably want to steer clear of Mortal Kombat 11, unless they add some sexy customization items to the character customization tool. It’s possible but highly unlikely given today’s culture war climate where the SJWs have basically won when it comes to entertainment media.