Blizzard’s war on the straight, white male culture continues. It was obvious that the company hated how the majority of their userbase took a royal dump on them during BlizzCon with the reveal of Diablo: Immortal. So what better way to get back at the core gamers who dropped one-liners and zingers that have become memes of legend, than to strip away from gamers the last remaining normal character in Overwatch? That’s right, Soldier 76 no longer rides Route 66. He’s a man who prefers riding on the Isle of Man.

The news hit the community like a ton of bricks, knocking the wind out of some, bewildering a few, and traumatizing the rest.

The news came courtesy of a new comic (because this seems to be the way Blizzard is rolling out the news of someone coming out these days) called Bastet, which is the codename for Ana. The comic sees the sniper teaming up with Soldier 76 to deal with a situation in Cairo. During their rendezvous, they reminisce on the past ever-so-briefly, where Soldier 76 talks about his gay lover in barely subtle terms. In fact, it was about as subtle as Sony’s hatred for sexy anime girls that appeal to straight males.

Now there’s always a group of people who try to justify and defend the interpretation of this comics – “maybe Tracer isn’t actually gay”, they say, “maybe she’s bi!”. Or my personal favorite “If they didn’t say he’s gay then he’s not actually gay!”

Well, son, I hate to break it to you but Blizzard doesn’t want your head-canon of Solider 76 disrupting their Social Justice agenda, so lead writer Michael Chu came out on Twitter to announce that yes, Soldier 76 identifies as a thoroughbred gay man.

Thanks for all the messages about “Bastet”!

Jack and Vincent were in a romantic relationship many years ago. Both identify as gay. ❤️

Since majority of the people on Twitter who follow Overwatch aren’t normal gamers, it was pretty obvious that they would respond with an overwhelming amount of gay memes in support of the last normal character being whisked out of the loving arms of the core male audience and into the dirty den of the cheek splitters.

Certain members of the edgy portions of the Rainbow Reich decided to throw this new development in the face of catatonic and utterly flabbergasted gamers, slapping them across the cheek with the schlong of shame while they were already keeled over from the shocking news.

Most people figured Soldier 76 would be safe. He’s a patriotic military man, a hard-fighting soldier with undying loyalty, and a code of honor. He’s the perfect representation for what the majority of gamers like to see out of a hero. And besides, you need at least one normal sized, healthy, properly muscled straight, white male with all of his limbs intact to cater to the majority of your playerbase. Right? … RIGHT?!

The average male gamer typically gravitates toward a game where there’s a character who looks like he can kick butt and take names, and Soldier 76 was that guy. 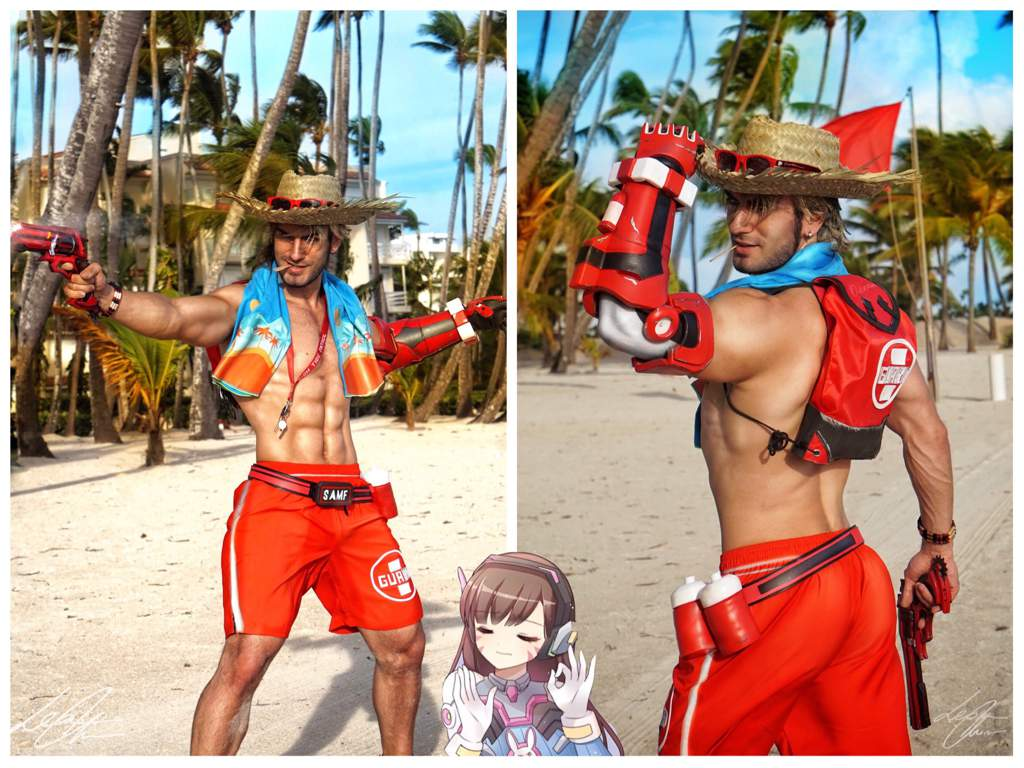 Blizzard’s two-pronged attack on the straight, white male started with Tracer. They figured they could placate the Rainbow Reich’s demands by turning their poster-child and main character gay.

…for a little while.

Soon, the gnashing of teeth and the demands for a pound of flesh became vociferous once more, but instead of giving in and turning one of the expected LGBTQIA+ characters into a sacrificial lamb for the audience who can never be sated – such as making Zarya a lesbian, finally outing McCree as bi, or revealing Lucio is trans – Blizzard decided to stick it to the man… and stick it in him hard… right where it stings the most.

They took away Soldier 76, the one character most people thought was safe from all of the diversity agenda. He was the last remaining character that the average gamer could identify with: no-nonsense, has a cool outfit, a gruff voice, and carries a big gun. What’s not to like?

He was even the only straight-laced character in the Overwatch parody that triggered YouTube to no end.

However, now it’s become clear, Blizzard wanted to lure in the straight gamers with the typical model of an empowered straight, white male, and then pull the rug out from underneath them.

You corral up all the straight male gamers, and then BAM! You hit ’em with the gay.

So now every time someone thinks of Soldier 76 and his big gun, they’ll always defer their imagination to the grizzled vet sitting at a bar near McCree. The two engage in an intense stare-down, only for Soldier 76 to glance down at McCree’s holster, to which McCree quips “What, you want to see my gun?” and Soldier 76 wryly responds, “You show me yours… and I’ll show you mine.”

Yes, it turns out that Soldier 76 prefers strudels over pie; he likes tightly packed fudge over cheesecake; he’s a connoisseur of the banana split; and he’s all-in on riding the Hershey highway instead of tongue-surfing on top of a cream sundae.

The last bastion for masculinity in a game that’s constantly bleeding testosterone faster than the Overwatch League bleeds viewership, has had his straight male privilege literally stripped out from between his legs like Twitch thots stripping their clothes on stream… and getting partnership deals out of it.

They think that now that they’ve saturated the userbase they can begin whittling down on the demographics who no longer adhere to their extreme brand of Social Justice. And if that means removing the last iconography that represents the classical first-person hetero- shooter hero by turning him into a lovelorn, hopelessly gay romantic, then by Jove that’s what they’re going to do.

But it affects more than just the game and how gamers identify with the battle-worn war veteran.

Soldier 76 had gained the reputation within the naughtiest circles of user-created content for Blizzard’s popular shooter as being the go-to stud for pleasuring the ladies and giving guys the incentive to believe that if he could do it, they could do it, too.

But now, the only thing that Soldier 76 is going to be doing… is McCree.

No comments yet Categories: News, PS4, Screenshots, Xbox One Tags: Blizzard Entertainment, Overwatch, PC, PS4, SJWs, Xbox One
← Alien: Blackout Trailers Get Downvoted For Being A Mobile Five Nights At Freddy’s Clone
Dead Or Alive 6 Delayed To March 1st Due To Polish And Balancing “Expressivity” →