Any development studio that isn’t working on some tiny basement-bin game on a quid for a crumpet budget that decides to market their game with a tagline that has anything whatsoever to do with “Diversity” is basically looking to become the sum end of the very simple equation: Get Woke; Go Broke. Disney is learning about that the hard way right now with a substantial decline in Star Wars revenue.

It’s a methodology that has applied to a number of products in recent times, and it’s the best way for consumers to make their voices heard among the throng of propaganda-fueled media outlets who continue to shift the endeavors of creative minds astray in a forest of desolation via a whispering tongue promising riches and gold. Games like Battlefield V are a prime example of that. 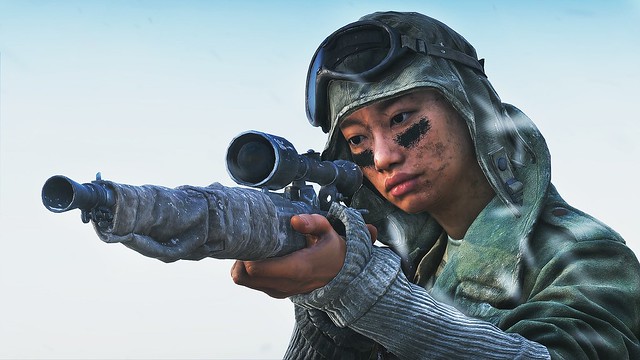 Regardless of the ever-growing list of products, movies, comics, and games that continue to “get woke” and inevitably “go broke”, media outlet VG 24/7 has continued to champion this failed formula like some kind of mad scientist with a fixation on making the gangling legs of a rotting cadaver dance.

After VG 24/7’s Matt Martin told critics of Battlefield V to “go elsewhere” because they were “an embarrassment”, and the outlet threatened to stop supporting GOG over a tweet, Kirk McKeand — yes, the same one who engaged in transphobia and mocked gamers who hate corrupt journalism — decided to step into the fray and offer his two cents on the matter.

Now McKeand is no stranger to topical necromancy for Social Justice issues, and he’s now leading the charge in advocating for more diversity in gaming. His plea for more politics came via a piece that was published on January 4th, 2019 titled “Diversity Is Important Because A Video Game Is Much More Than Its Gameplay”.

“Recently, Battlefield 5 came under criticism from some circles for its inclusion of female soldiers. While people are fine with gameplay mechanics that contradict its historical setting – respawning, killing helmet-clad soldiers with a single headbutt – there’s been criticism of the inclusion of women. Why? Because, for some, there’s no tangible gameplay benefit.

“According to those people, the women break the illusion more than an enemy magically spawning on a squadmate. To them, women are a pointless addition and spawning on a squadmate just increases the tempo of combat and is there to support the gameplay. The thing is, if something exists in a game, it exists for the players.”

There have been women featured in war games for years, and they were even prominently available in historical shooters such as Battlefield 1 via DLC, and Call of Duty: WW2, both of which came out well before female soldiers were cloddishly shoehorned into Battlefield V. And before any of those games even included those options, playable females appeared long ago and far away in Medal of Honor: Underground on the PS2, which made about as much noise in the gaming community as a liquid bubble being popped by a sharp needle.

The issue people have with Battlefield V is that the female “representation” in the game was implemented about as subtlety as a tank being used to flatten dough. And Electronic Arts’ executives calling gamers “uneducated” for not liking the propaganda went over about as well as a paraplegic in a jerk-off contest.

In fact, Leftist YouTuber, Tim Pool, even managed to articulate the issues most people had with Battlefield V’s “diversity”  and Tim Pool doesn’t even play video games.

McKeand goes on to write that diversity makes women “want to feel represented”, speaking on behalf of female gamers as some kind of white knight authority who knows how and what all female gamers feel…

“Women want to feel represented in their hobby. It gives them more enjoyment than playing as a man. For a lot of men, playing as a woman gives them a break from the norm, in which we’ve come to accept a white man as our default protagonist.

“It’s not just women, either. You can count on one hand how many games feature an Arabic protagonist or a disabled hero. Developers are starting to recognise that the audience wants more diverse experiences and they are reacting to this demand. If it improves the game for some and doesn’t affect others – because it shouldn’t bother you – then it is a quality of life addition in the same way gameplay mechanics and accessibility options are.”

It takes time and resources to build characters for demographics who don’t play games.

McKeand may be speaking from his own personal sociopolitical standpoint, but it’s certainly not one from an educated position about the market demographics who buy and play hardcore shooter games. As has been brought out multiple times before, the percentages of the female demographic for shooter games are very small, as noted in multiple market research reports.

For all the time DICE spent revising actual World War II history to build out a cinematic story featuring two female leads in the War Story campaign for Battlefield V, they could have put those resources toward actually building out a mission based on the real life events that actually took place, which surely could have netted them a far more positive reaction from the core community.

Instead of focusing on the actual history that most core fans would have appreciated, they focused on fictionalizing events to cater to people like McKeand, which only resulted in angering actual paying customers, and helped negatively impact the overall bottom line for a game that ended up costing Electronic Arts $350 million .

The question becomes: how much more money should developers have to lose chasing after this phantom audience craving “diversity” before they get back to focusing on making games people actually want to buy and play?

If diversity leads companies to bankruptcy, then who exactly is winning here other than anti-capitalists?

As pointed out by Griffin Gaming, the entirety of Battlefield V has been nothing but a financial disaster for Electronic Arts thus far.

“The core of Battlefield would remain the same with these things removed. The game would still be a booming shooter where battles rage across grand maps, two teams fighting over objectives using weapons and vehicles. But the arenas would be greyboxed and there would be less variety, leaving behind only the things that are vital to the core experience. Nobody wants this, of course, because it would lose its heart.”

You’ll need the different weapons and vehicles to also satisfy the vicarious element of experiencing the action, the equipment, and vehicles of that period.

McKeand attempts to portray the inclusion of women on the battlefield in equal number to the men as some sort of immersive element to bring the core experience of the game to life, but uses the mental gymnastics to leap completely over the point that females on the Allied side didn’t fight on the frontlines with the men, and so how is a patently false representation of the war an element that makes it a greater experience?

McKeand diverts attention to a tangent completely unrelated to the topic at hand.

A few paragraphs later he returns to the topic to straw-man an argument no one ever made, claiming…

“A truly historically-accurate WW2 experience wouldn’t make a ‘fun’ video game. That game would give you one life, delete itself after you died, and you would be forced to play it. It’s a period of history that’s impossible to respectfully recreate without any caveats. If that was where the real issue was, people would be up in arms about any game that tried to create a virtual rendition of the conflict, not just the one where you can play as a woman.”

No one ever asked for a 1:1 realistic simulation of World War II. They have asked for simulations that attempt to capture the realism of war.

Those are two completely different things.

The idea is that people want to experience some elements of realism from a time period, but still maintain the fun. What they don’t want is propaganda coming at the expense of both the realism and the fun, which is exactly what happened with Battlefield V, where DICE opted to erase the history of the Norwegian commandos who sabotaged the heavy water plant the Germans were using in order to help build a weapon of mass destruction. It’s all covered in far more detail in American Krogan’s YouTube video below.

Historical revisionism is a disgusting trait of propagandists, and the only people who advocate for it are Communists and dictators.

McKeand’s apologia for Battlefield V ends on a completely separate note, where he writes…

“Now, more than ever, we need games to let us be someone we’re not. We need to spend a while in someone else’s skin. Let’s start 2019 with a little more empathy.”

I have no idea what this has to do with core fans being angry that one of their beloved shooter franchises was subverted for the purpose of pushing social engineering and agitprop at the behest of corrupt media outlets and anti-gaming marketers working within Electronic Arts.

Nevertheless, empathy has nothing to do with consumerism. People pay sometimes upward of $60 for a good gaming experience, and in the case of Battlefield V they were given little more than agitprop stuffed with an FPS shell with “Frostbite” slapped on top.

One can only wonder if more studios will continue to buy into the drivel from activists posing as game journalists and ideologues preaching down from their platforms, or if they’ll finally wake up and realize that getting “woke” will only result in them going broke, like so many studios and games on the Get Woke, Go Broke master list?

(Thanks for the news tip Hermione Granger)