[Update 1/25/2019:] The developer of Victory Project shared the e-mail from Valve highlighting the reason why the game was banned from Steam. It was the same reason given to DLSite for Ayura Crisis!, citing a legally “grey” area based on the game’s content. They don’t exactly say what about the content is legally “grey”, though.

It’s very disappointing, but we won’t give up. pic.twitter.com/HR1Fzt4zkN

[Original article:] The political, romance, mystery-thriller from 33Paradox called Victory Project, has been banned from Steam. The Chinese-developed visual novel was originally set to release back in December of 2018, but it was indefinitely delayed. On January 24th, 2019, Valve removed the store name, the tags, and the app ID from the storefront, permanently banning Victory Project from Steam.

There has been no announcement and no reason given for the ban, but we did know that the developer attempted to find out what the hold-up was throughout the early part of January. Back on January 13th, 2019 they were asked why the game was taking so long to release on Steam, and they replied saying that the hold up was due to Valve reviewing the title. During this time they began bug-fixing the title and ensuring that everything worked well.

However, as noted on the SteamDB page, Victory Project has been banned from Steam. 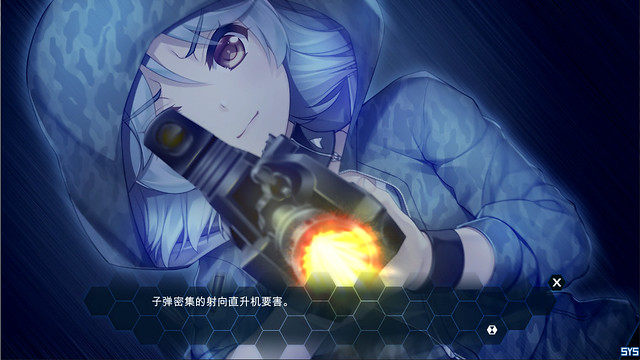 The visual novel was not an H-game, nor did it contain any explicit sexual material. If you check the Google cache you can see that the descriptor for the mature content listed mostly benign features that would have likely given it a ‘T’ for Teen or ‘M’ for Mature rating, where it states…

Now take note that just because you put “characters are above 18” in the description box, it doesn’t make a difference.

Valve explicitly told adult games publisher, DlSite, that even adding such a disclaimer will not spare your game from being banned.

When explaining why they banned Ayura Crisis!, Valve said in the e-mail…

“We are not interested in working with partners that dance around the edges of what’s legal. For instance, setting your game in a high-school but declaring your characters are of legal age would fall into that category and be banned.”

Now typically the criteria for Valve banning anime or visual novel games was that they were set in “schools” and contained “child exploitation”.

In this case, however, Victory Project is about a guy named Ramon who was accused of being involved in a money laundering scheme involving politicians. After serving a stint in prison Ramon is sent to a mysterious island where some beautiful girls are located. Only the island isn’t quite what he expected, and the story unfolds as he meets other characters on the island and unravels a political conspiracy.

Basically, they’re now back to banning visual novels and anime games just like during the early half of 2018 when the original waifu apocalypse kicked off.

In this case we have no idea why Victory Project was banned, or what criteria Valve was using to ban the game. However, if they’ve now escalated from banning adult-oriented 18+ games to simply banning anime and visual novel games that contain young-looking characters, then a lot more games are going to start getting banned or denied release on Steam.