Team Ninja removed the OMG Mode from Dead or Alive 6 because it was “too exaggerated”, said the producer and director Yohei Shimbori. The team reduced the clothing damage because certain kinds of sex appeal are no longer acceptable in today’s industry, said producer and directory Yohei Shimbori. The main character of the game had her default outfit swapped from a sexy ninja loin cloth getup to a full body suit to mirror American comic book movies to goo for “cool” instead of “shapely”, said director and producer Yohei Shimbori. However, despite all of these changes and modifications to reduce the sex appeal, all it took was one moment during EVO Japan featuring two sexy real-life models jiggling their butts and bouncing their boobs to cause EVO organizer Joey “Mr. Wizard” Cuellar to pull the plug on the stream, and spurn the title from this year’s line-up of games for EVO 2019.

The full EVO 2019 line-up was revealed, and it includes expected titles like Street Fighter V: Arcade Edition, as well as Bandai Namco’s highly popular Dragon Ball FighterZ. Both Tekken 7 and Blazblue Cross Tag Battle are also on the docket, along with the wildly popular Super Smash Bros. Ultimate. Newcomers SoulCalibur VI, Mortal Kombat 11 and Samurai Shodown will also be included in the line-up, but Team Ninja’s Dead or Alive 6 will not be present. Heck, even the highly niche Under Night In-Birth will be part of the main tournament line-up instead of Dead or Alive 6.

Here is the official lineup for #Evo2019 ! pic.twitter.com/wgZrwXTGF3

Despite all of the flip-flopping and back and forth comments made by Yohei Shimbori about “toning down” the game, which he later retracted and said that the game would not be toned down and that he was “misunderstood”, it still wasn’t enough to make the cut at EVO 2019 due to not fitting in with the organization’s “Core Values”.

A lot of fans are taking this moment to express their disappointment in the situation, well for the ones who aren’t being drowned out on social media by the people posting memes about Super Smash Bros. Melee finally being pulled out of the main stage rotation after nearly a decade.

@TeamNINJAStudio @shimbori_x @DOATEC_OFFICIAL @koeitecmoeurope @KoeiTecmoUS So, #DOA6 won’t be at #Evo2019 . I am sincerely sad for you. 😟 The game deserved to be there. I hope the game will be part of the EVO selection in the future.

Spanish website Guilty Bit actually has a rather hilarious tweet and an image of EVO punching the crap out of Dead or Alive 6, which seems like a fitting image for the occasion. 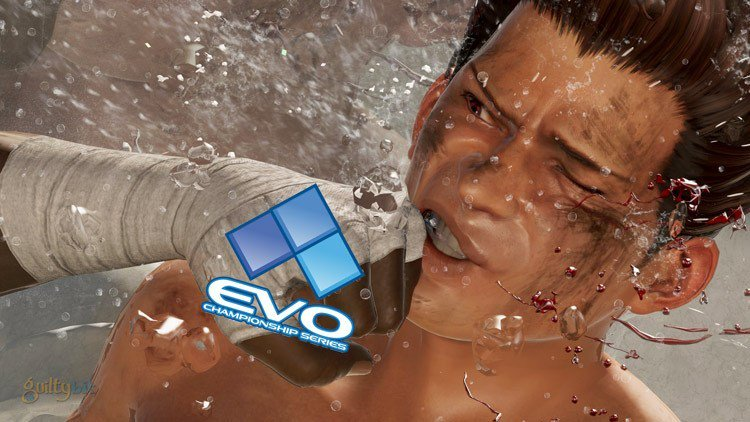 Despite being kicked off the main stage competition like a mentally broken prostitute knocked off the edge of a messy bed in a seedy motel by an abusive John, some of the community still rallied around Dead or Alive 6, saying that they would continue to support the game with local tournaments and community events.

Dead or Alive HAS a competitive community.
I will still enjoy 6 and be competitive. #DOA6 won’t be at #Evo2019. Okay, fine.
I will still support the game, the community, local tournaments, and the #DOA6 World Championship.@oMASTERo @SonicFox5000 @ZakkuRye

Twinfinite’s Giuseppe Nelva seemed to sum up the situation best in a tweet, telling it straight and making it known that Shimbori should have stuck to his guns and not attempted to appease the whiners and the sex-negative activists that swarm the mainstream and enthusiast media outlets.

Don’t get me wrong. I can’t really blame them for TRYING to widen their player base. Yet, you try thing once, and when it doesn’t work, you don’t keep bashing your head against the wall. The right way to widen your player base is great gameplay. No need to pander to whiners.

At this point, it’s hard to tell how well Dead or Alive 6 will do when it launches on March 1st for the Xbox One, PS4 and PC given the uneven promotion and flip-flopping that took place leading up to its release.

One thing is for sure, it’s definitely not going to be on the main stage at this year’s EVO event.