One of the surprise Early Access hits of 2018 was Studio Nanafushi’s Dead or School. The game is a sexy-time take on the traditional zombie apocalypse shooter, putting players in the role of a girl who has lived underground her entire life, but then finally emerges to explore the remnants of above-ground Tokyo only to discover that it’s been overrun with zombies. Reports indicate that the game is coming to Japan for PS4 and Switch.

Players assume the role of Hisako, as she attempts to battle her way through the zombie hordes, using a vast array of melee and high-powered weaponry, along with upgrading her skills and acquiring parts to craft new, devastating weapons.

Along the way, Hisako attempts to learn about the world before the zombie apocalypse hit, as well as fighting to rescue other school girls and teachers who are being terrorized by the zombie menace. 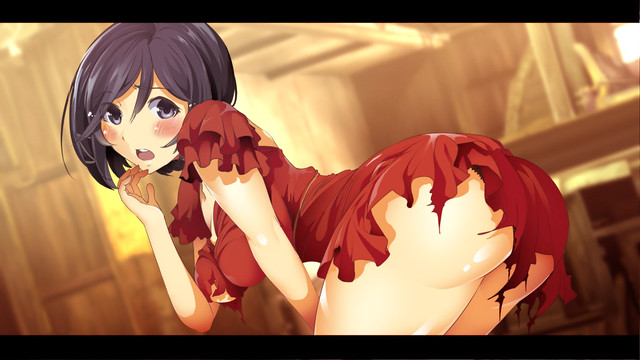 The hook for the game is obviously that all the school girls and teachers are super sexy, and despite being put in the way of peril, the CG sequences are designed to titillate with their poses and outfits.

I don’t know how well that’s all going to fly over with Sony and their new censorship policy, though.

According to Siliconera, Dead or School is currently in development for release on PS4 and Nintendo Switch. The developers are currently planning on getting the game up and out for release in Japan this August. A brand new trailer was released to commemorate the news about the upcoming console release.

It’s still a ways out from launching in Japan, so we don’t know if everything that appears in the PC version will make its way onto home consoles.

Most people are worried that Dead or School may have to be censored to accommodate Sony’s censorship policies.

Over on the official Twitter account, the developer only addresses that the game is coming to consoles in August, and that by then they hope to have the Steam version completed.

Right now Dead or School is still in Early Access on Steam, and will be updated with a brand new stage and additional content in March for version 5.00.

According to the Early Access page, they’re hoping to have the game graduate into the full version by 6.00. So they’re definitely nearing the finish line.

You can pick up a digital copy of Dead or School right now over on the Steam store for $14.99. During the Lunar New Year event there’s a 20% off discount going on so you can get the game for $11.99 until February 11th.