Originally Gal*Gun 2 was refused a rating in Germany back in February of 2018, prohibiting it from being sold at retailers.

According to a news story over on For Uncut!, the BPJM News published a review from the Federal Examination Office for the Media at Risk outlining that the game is not included on the list of youth-endangering media, also known as the “Index” for banned media properties.

What this means is that the game can now be rated by the German USK ratings board, and it can now be eligible for physical release on store shelves at retailers in Germany.

Twitter user Hiecchi picked up a translation of the relevant parts from the Steam group For Uncut!, where they explain what this designation means for Gal*Gun2 .

How funny this was decided today
Ppl called the game”pedo”and look what GERMANY said https://t.co/emaEu9dghj
What do you say @PQubeGames ? Why dont you try it again?

If you’re unable to read the translated image in the tweet, it states….

“Gal*Gun 2 will not be placed on the German list of media considered harmful to the youth, the so-called index. The federal agency BpjM has decided that while the game does depict animated characters appearing to be underage in underwear, it does not do such in form of the required sexual presentation. Examined was the EU version for the Nintendo Switch. […]

“The game was previously refused a USK rating in early 2018, despite an appeal and the gameplaywise similar prequel having received a USK 16 rating back in 2016. Basically, Gal*Gun 2 must now be able to receive a rating, if requested, as the BPjM has the final say on these matters. The game is, and never was not, available in the German Steam store.

“In regards to the blacklisting of Valkyrie Drive: Bhikkhuni in last year, the BpjM states as the reason that the game’s content undermines the “no means no” doctrine laid out by German penal law.” […]

It is true that Valkyrie Drive: Bhikkhuni was another one of those games that was also refused a rating in German after being banned in Australia. 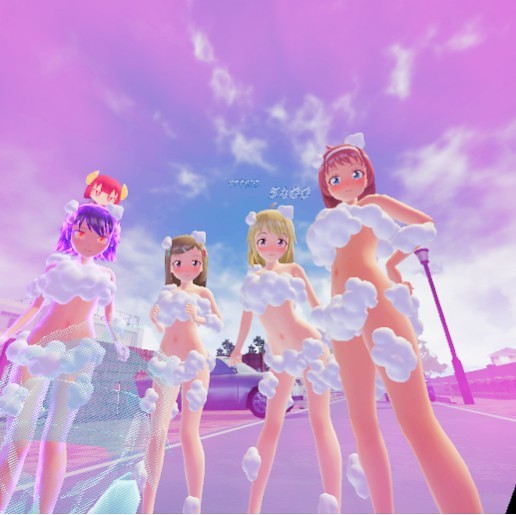 But now that Gal*Gun 2 has been given the all-clear, for all intents and purposes, PQube could try getting the game rated again and released at physical distributors in Germany, assuming it’s worth the hassle. PQube and Inti Creates made it known back in 2017 that the game — wherever it released or on whatever platforms it released for — would not be censored. So this meant risking getting banned from certain regions in an attempt not to compromise the vision of the developers.

As mentioned above, Gal*Gun 2 has been accessible by German gamers through digital portals such as Steam on PC, as well as being available for purchase through places like Amazon for the Nintendo Switch. So if German players really wanted to get their hands on the game, they could still do so. The only difference now is that for people who prefer picking up physical copies from local retailers, might have that opportunity if PQube decides to pursue that option and get the game rated in Germany by the USK ratings board.