Color Jelly announced that the loli-filled, zombie fantasy visual novel, Ghoul x Ghoulah, is currently available right now over on the DLSite store page in English. The R18+ game is available for just $8.84, and there’s also a free demo available on the store page, so you can test the game out ahead of laying down any cold hard cash for the adult-themed ADV novel.

You will need the Japanese language pack to make use of the game, however. So keep that in mind if you plan on getting your hands on Ghoul x Ghoulah.

The game itself is about the main character who died at the hands of occult worshippers. However, the main character doesn’t stay dead for long, as he’s resurrected by Mareeka, and together she works with the ghoul to exact revenge on the cultists.

You can click through the image below to view the trailer. 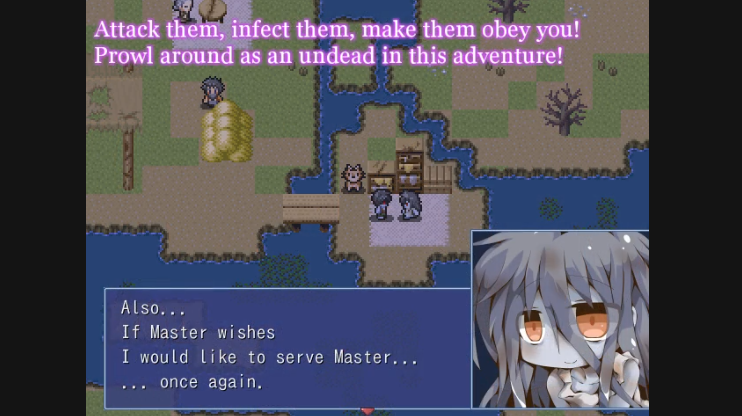 As you can see, it’s not just about going around trying to get revenge. During the day you can scour the town and explore your surroundings. At night you can attempt to negotiate or attack the girls in the town. By attacking the girls and implanting your ghoul seed inside of them, they are turned into ghouls and can then be controlled as your slaves. The game does contain mosaic censorship even as an R18+ title.

Color Jelly makes it known that the game is not an RPG but is rather an advanced visual novel, insofar that you can travel around and interact with the characters, but there’s no combat or stat stacking.

The Wolf RPG Editor 2-made game features a variety of H-scenes featuring 12 different characters you can interact with.

If you’re into brainwashing, revenge-rape fantasy games, then Ghoul x Ghoulah seems to contain a mixture of all of those elements, along with tons of lolis, so I can only imagine that a ton of Conservatives won’t be terribly thrilled to play the game (although the whole brainwashing and raping as an undead ghoul would probably be the sort of qualifiers that would keep them away regardless).

You can pick up a digital copy of the English version of Ghoul x Ghoulah right now from over on the NSFW DLSite store page.