MoeNovel’s English rendition of Pulltop and Regista’s If My Heart Had Wings -Flight Diary- bonus story was supposed to release during the middle of January of 2019, but Valve prohibited the release of the game, forcing Moenovel to comply to their new rules regarding anime and visual novel titles. Movenovel complied, proceeding to censor the game at Valve’s request, and now it’s been released as of February 27th, 2019 on the Steam store for $14.99.

MoeNovel didn’t discuss what had been censored, or what they had to remove, but the Steam version of the visual novel contains no mature content, other than a few jokes, as described on the Steam page in the mature content section, which reads…

“While there are hints and sex jokes in the game, there is no depiction of any sexual acts.”

This is a huge far cry from the original -Flight Diary- that launched in Japan under the 5pb Games as Kono Oozora ni, Tsubasa o Hirogete Flight Diary way back in 2013.

If you check the Visual Novel Database, you can pull up the spoilers for the game’s mature content under the “Sexual Content” tag, and it lists all of the various sexual acts featured in the game, including but not limited to:

This ties into Valve’s silent change of policy, where games featuring characters they deem “underage” or “young looking” can be banned from the Steam store under the measure of “Child Exploitation”. This applies even to games that don’t feature children, school settings, or even sexual content. 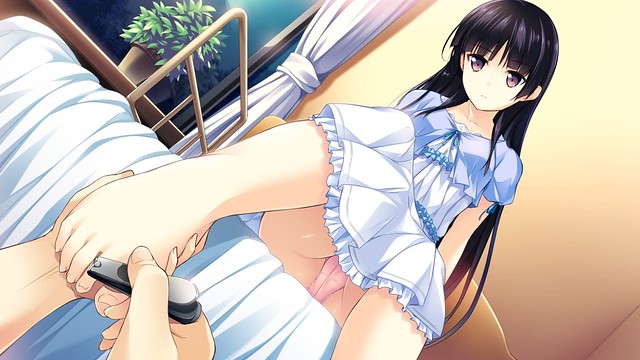 In this case, we don’t know how much more MoeNovel had to censor of If My Heart Had Wings -Flight Diary- compared to the sexual content they usually already censor out of their localized visual novels. The only thing they mentioned back in January was…

“We are really sorry to announce that to comply with Steam’s requests, we have been delayed in releasing the game to you all. We ask for your understanding and patience while we resolve the current issues.

“At the moment, we are looking to release the game in February, so stay tuned for our release date announcement.”

Obviously it leaves one to question what had to change if MoeNovel’s already notorious censorship wasn’t enough for Valve?

In any case, there doesn’t appear to be any R18+ patches available for the game, so you’ll just have to settle for grabbing the original Japanese release if you want the full experience by visiting the official Konosora Japanese website.