DLSite announced that the adult-themed role-playing game, Puppet Angle, is currently available for purchase in English over on the storefront right now for $10. However, you can actually give the game a try before you decide to buy, as there’s a free trial demo available for you to download to see if it’s something up your alley.

The game is about an angel of love named Pippy. She’s tasked with going to Earth to help make humans fall in love again, but before she can get there some demons attack the gates of heaven, rape her, implant a demon seed inside the angel, and take over her mind. When the goddess sends Pippy to Earth, unbeknownst she’s being mind-controlled by demons, Pippy goes on a sex-filled love-making spree, enticing some people to make love while forcing others to give themselves over to depraved men, including a mother and her daughters.

You can check out the NSFW gameplay trailer by clicking through the image below to see what the gameplay is like for the R18+ RPG. 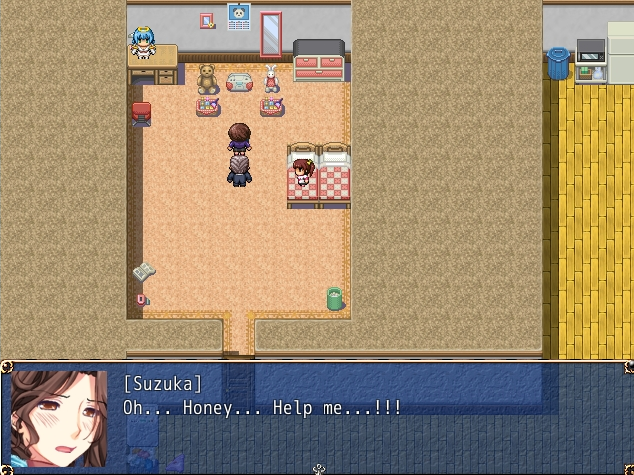 Players will be able to entice hot chicks to hook up with men, or force innocent women to whore themselves out by shooting them with cupid’s arrow.

The Yuki Mango title was made using the RPG Tkool VX Ace software, and it features a mixture of classic sprite-based movement in the overworld with CG sequences in between featuring the characters when they talk or engage in explicit acts.

Now keep in mind that the game may be the R18+ version but it’s not uncensored. If you’ve become accustomed to mosaic censorship, which is common in most Japanese pornographic titles, then expect to see a lot of it in play within Puppet Angel.

It’s likely that the game will never see the light of day on Steam given that Valve has been selectively banning games on the platform, especially if they feature lolis or straight shotas.

However, if you want to get your hands on Puppet Angel right now on PC, you can do so by picking up a digital copy from the DLSite store page.