Back on December 14th, 2018 Reddit banned the sub-reddit community Lolicons Unite for containing “sexually suggestive content of minors”. Well, several more communities themed around loli characters and animes have been banned, some of which contained lewd content and others that didn’t.

According to Kotaku In Action, this comes from a new rule that Reddit is enforcing to ban certain sub-reddits. Hence, Reddit administrators have continued the crackdown on the lolicon communities after enforcing the policy about prohibiting sexual or suggestive content featuring fictional minors, which is available on the Reddit Help page, where it states…

“Reddit prohibits any sexual or suggestive content involving minors or someone who appears to be a minor.

“This includes child sexual abuse imagery, child pornography, and any other content, including fantasy content (e.g. stories, “loli”/anime cartoons), that depicts encourages or promotes pedophilia, child sexual exploitation, or otherwise sexualizes minors or someone who appears to be a minor. Depending on the context, this can in some cases include depictions of minors that are fully clothed and not engaged in overtly sexual acts.

“If you are unsure about a piece of content involving a minor or someone who appears to be a minor, do not post it.” 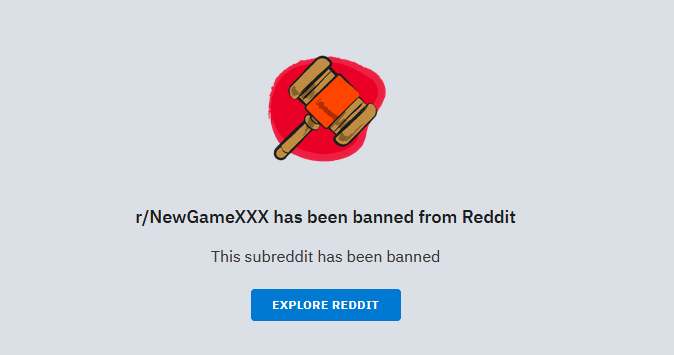 The reason that some people began to worry about this form of censorship is because the anime isn’t even about lolis. New Game!‘s MyAnimeList description reads…

“Since childhood, Aoba Suzukaze has loved the Fairies Story game series, particularly the character designs. So when she graduates from high school, it is no surprise that she applies to work at Eagle Jump, the company responsible for making her favorite video game. On her first day, she is excited to learn that she will be working on a new installment to the series: Fairies Story 3—and even more so under Kou Yagami, the lead character designer.”

You can view the trailer below, coutresy of Marion Delgado.

Some people have claimed that this is a crackdown on loli content to comply with FOSTA/SESTA, but that relates to communications oriented around sex-related solicitation and not fictional material. A few people suggested that Reddit, like Valve, is simply cracking down on potentially illegal material. For Reddit’s case that could be a possibility, but in Valve’s case they still host fictional pornographic material featuring underage characters.

Some have shopped around the theory that this is in lieu of Tencent looking to purchase more stake in Reddit, as reported by The Motley Fool.

There’s a running theory that since China has very strict censorship laws, Reddit is slowly starting to clean up some of its NSFW content, including lolicon communities. This theory was put forward over on the Visual Novels sub-reddit by Bonesy from Top Hat Studios.

The thread itself was about one of the top anime moderators on Reddit, Holofan4life, being banned for posting a non-lewd image of a non-loli character on February 7th, 2019. 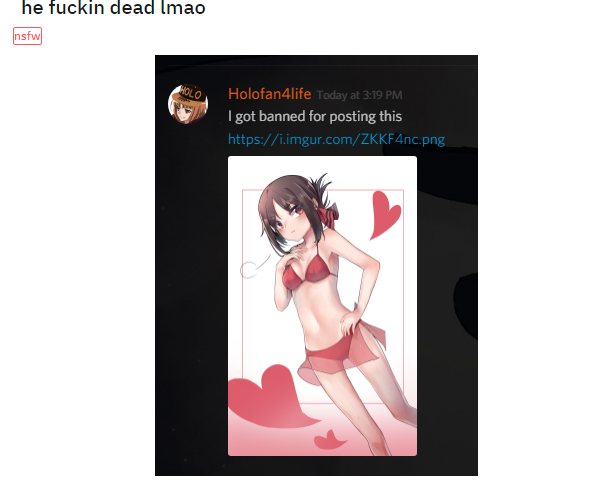 The general consensus is that this is the slippery slope in action, and we’re seeing a slide from lolicons being banned into more nebulous areas where people deciding that “young looking” characters are enough to warrant a ban as well, even if they’re over 18, like the sub for New Game! being banned, or when Valve banned Victory Project, which had nothing to do with schools or underage characters.