On February 26th, 2019 THQ Nordic began trending on social media because they were kindly invited to an Ask Me Anything on the imageboard 8chan. The invitation was cordial and the board owner, Mark, promised to keep things clean, so THQ Nordic obliged.

the opportunity was here and we took it, we got apporached in a very friendly and polite manner and were assured, said person (shoutout to Mark) will take care of the nasty stuff. so, here we are.

The thread was live over on the 8chan /v/ board, where lots of gamers piled in to ask THQ Nordic about their business, acquisitions, controversies involving Metro: Exodus and games coming down the pipeline.

The journalist going into an epileptic fit on social media, however, came after spastic responses filled up the ResetEra forum, where users had a textually violent conniption at the concept of THQ Nordic visiting 8chan.

Lots of blue checkmarks from gaming industry’s “elite” piled into the discussion to pile-on the hate for THQ daring to talk with their actual customers.

Is at all unreasonable to say that any game platform or conference that does business with THQ Nordic is working with a company that promotes child pornography? They’re literally linking to it as a PR thing.

Digital spittle flew from the Twitter handles like fluids pouring out of the orifices of culturally enriched Brits who were gainfully employed for no coin by the exotic grooming groups of yonder.

real talk, my heart goes out to devs with games being published by THQ Nordic, many of whom I’m sure are fuckin pissed rn

Yes, that’s Waypoint editor-in-chief Austin Walker speaking on behalf of developers being “pissed” that the publisher would dare talk to the people who actually buy their games!

Jeffrey Grub from VentureBeat decided to take the low road, jabbing THQ Nordic as one who fondles the idea of associating with pedophiles and child predators.

Companies like YouTube are destroying their own communities trying to deal with the problem of pedophiles, and THQ Nordic is like, “what an opportunity to associate with child predators.” https://t.co/9ebMpP93b7

IGN’s Lucy O’Brien, the same one who hosted the E3 Coliseum last year with Naughty Dog’s Neil Druckmann over the LGBTQ-themed Last of Us 2 presentation, called it a “terrible” idea for THQ to talk to gamers, as if bypassing the gatekeepers of yore was some forbidden task, and speaking in any capacity to plebeians is somehow “extremely bad” .

Not sure what brain genius at THQ Nordic thought courting 8chan was a good idea when in fact it is the opposite: an extremely bad and terrible idea

Calvin, an editor at PC Games Insider, was flummoxed at the idea of THQ sidestepping traditional outlets to get interviewed and questioned by people who know how to hold a DualShock 4 correctly, and can actually complete the Cuphead tutorial in a matter of seconds, not hours.

Uh, so I just spoke to THQ Nordic’s PR and marketing director and this *is* legit https://t.co/pieqOhl30P

VG 24/7’s Kirk McKeand found himself unwilling, and unable to detach himself from the Social Justice condemnation of THQ’s decision, much like how Sweden’s newfound residents can’t stop being attracted to burning cars and the propensity to lure politicians into creating “no go zones”.

The Daily Mirror’s Ryan Brown didn’t even hide the fact that game journalists were actively trying to sabotage the AMA and were purposefully using a backlash to deter THQ Nordic from engaging with its own consumer base.

The disappointment of THQ not kowtowing to the demands of the Intersectional Inquisition oozes off of Brown’s tweets like Jussie Smolliet’s prison bunk-mate will ooze out of him.

That’s a shame, I quite liked making jokes about their many, many acquisitions.https://t.co/3nxOpkoqAf

The condescension was so richly intertwined on Brown’s tweets that diabetics could skip an insulin shot for the day.

Others, however, had put themselves under a spell of casuistry; attempting to deflect and deny reality until it came and bit them hard on the gonads, forcing them to step outside of the hugbox of delusion and face reality. One such individual, Patrick Klepek from Waypoint, had a thread running with the sanity-defying conspiracy that THQ Nordic had been hacked, and some vile Alt-Righter was handing out stolen codes on 8chan.

The angry activists posing as journalists caused THQ Nordic to trend on Twitter. 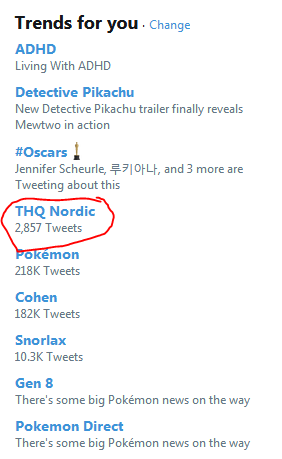 But it wasn’t just on Twitter that journalists threw a hissy fit like an obese child being told they can’t have chocolate cake for breakfast. They also took their blogs to pen their condemnation of THQ like some sort of Communist pawn denouncing anyone who dare question the Statism of Cultural Marxism.

THQ Nordic’s PR front man, Phillip Brock, seemed to be having fun, though. Despite game journalists showing their hand once more that they have no intentions of representing gamers, and absolutely despise when game publishers talk to gamers in an unfiltered, and unregulated way. Unfortunately, the games press managed to pressure THQ Nordic into apologizing their AMA, with Brock issuing several tweets stating…

“I personally agreed to this AMA without doing my proper due diligence to understand the history and the controversy of the site. I do not condone child pornography, white supremacy, or racism in any shape or form. I am terribly sorry for the short-sightedness of my (!) decision, and promise to be far more vigorous in my assessment of these activities in the future. This was not about being edgy, this blew up and I very much regret to have done it in the first place.”

TL;DR: There was no reason for THQ Nordic to trend on Twitter. The only reason it did was because game journalists simply got butthurt and spazzed out on the social media service. All because the company had an uncensored, fun-loving romp on 8chan with the people who actually buy their products.