The United Nations has proposed an international initiative for all involved State parties to tighten their restrictions and prohibition of child exploitation and the proliferation and spread of that content. While on the surface this may seem like a noble effort, the prohibition of said material also extends to drawn and animated images as well, which could include all things loli.

Much of the draft centers on ways to prevent human trafficking, curbing the solicitation of child prostitution, and reducing the spread of child pornography and underage exploitation. However, on page 14 section 56, the U.N., defines what they view as child pornography, widely classifying anything that contains underage persons, whether fictional or real, stating…

“Child pornography is defined in article 2 OPSC as ‘any representation of a child engaged in real or simulated explicit sexual activities, regardless of the means used, or any representation of the sexual parts of a child for primarily sexual purposes’. The qualification ‘by whatever means’ reflects the broad range of material available in a variety of media, online and offline. It includes, inter alia: visual material such as photographs, movies, drawings and cartoons; audio representations; any digital media representation; live performances; written materials in print or online; and physical objects such as sculptures, toys, or ornaments.1

“The Committee urges States parties to prohibit, by law, child sexual abuse material in any form. The Committee notes that such material is increasingly circulating online, and strongly recommends States parties to ensure that relevant provisions of their Criminal Codes cover all forms of material, including when the acts listed in article 3.1(c) are committed online and including when such material represents realistic representations of non-existing children.”

The bold was added for emphasis.

So what do they want to do with all of this material?

So why exactly do they think that even simulated, drawn, or fictional material needs to be swept up in tighter enforcement on real-life child exploitation? Well, according to the document from the CRC, they feel that any kind of material involving underage persons, including fictional or real characters, may entice people toward actual real-life child exploitation, writing…

“The Committee is of the view that “simulated explicit sexual activities” should be interpreted as including any material, online or offline, that depicts or otherwise represents any person appearing to be a child engaged in real or simulated sexually explicit conduct and realistic and/or virtual depictions of a child engaged in sexually explicit conduct. Such depictions contribute to normalising the sexualisation of children and fuels the demand of child sexual abuse material.

“Moreover, for the reasons explained in paragraph 63, any representation of the sexual parts of a child, including realistic images of the sexual organs of a child, for primarily sexual purposes falls under the definition of this offence. Where it may be complicated to establish with certainty if a representation is intended or used for “primarily sexual purposes”, the Committee deems it necessary to consider the context in which it is being used.”

Bold was added for emphasis.

As mentioned in the quote, the only leeway is that they may determine that the depiction of the material is not offensive if it serves a purpose beyond simply being made for sexual arousal. Obviously this means that visual novels, mangas, games, or movies featuring lolis or shotas will have to be weighed and gauged by the committee to see if it’s determined to be “offensive” according to the protocol’s committee. 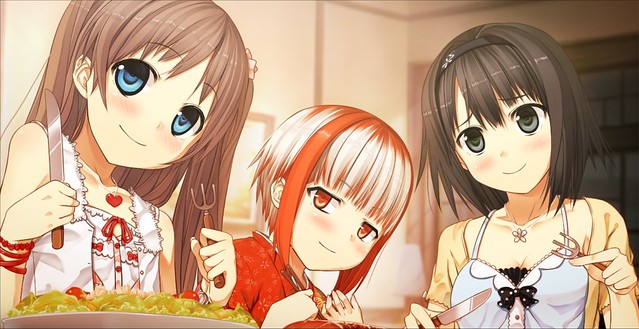 The committee also proposed limited international jurisdiction for divisions assigned to the OPSC’s protocol. As explained in chapter 7 section 79, where it reads…

“As a minimum, States parties must establish criminal jurisdiction over all offences mentioned in article 3, para. 1, as explained under the section on Prohibition, when they are committed in their territory, including on board of a ship or aircraft registered in their countries, regardless of the location of said ship or aircraft. This allows the State to investigate and prosecute all these offences regardless whether the alleged perpetrator or the victim is a national of that State. If necessary, the State can issue an international warrant for the arrest of the alleged perpetrator. The Committee urges States parties to adopt legislation to comply with this obligation if this is not already the case. “

Obviously, this draft proposal did not go down well at all with the general public, especially across Japanese Twitter, since this would pretty much cripple the manga and doujin industry.

Not everyone is willing to stand by idly. Some of the users are asking about writing in counter-proposals to the United Nations to prevent the draft from going through. A few asked about the language requirements for putting together a letter to the U.N., to explain how dangerous this initiative will be towards creative freedoms.

We recently saw how Reddit has been coming down hard on loli and shota content, banning many Reddit communities and users, even ones based on animes that don’t feature any characters under the age of 18, such as New Game!.

After a massive uproar from the community when one artist was banned for posting a non-lewd image of a character in a two-piece swimsuit, Reddit slightly walked back their overreaction by unbanning the artist and leaving one particular community alone that was also going to be banned, which was the Doki Doki Literature Club. That particular incident was covered by DualShockers in a piece published on February 16th, 2019.

However, we’ve also seen how interpreting “child exploitation” without a strict or well defined principle can leave it open for authoritarian abuse. Much like in Reddit’s case, we’ve seen how Valve interprets “child exploitation” to basically include any kind of anime or visual novel game that their employees don’t like, which has led to widespread bans on various products, even ones that don’t feature underage characters, like the Chinese political thriller, Victory Project.

In the case of the OPSC protocol, if you don’t think the draft is appropriate, you can submit your very own letter or comments to the CRC at: [email protected]

The comments must be concise and in a single document that does not exceed five pages in length, and must be in English, French or Spanish. You’ll have up until March 31st, 2019 to submit your comments. You can learn more about the project by visiting the OHCHR.org website.

(Thanks for the news tip Amaterasu & Masayuki Hatta)