[Update:] Following the publication of this article, VR Kanojo was restored to Steam store and can be purchased again. The other games are still banned, at this time. 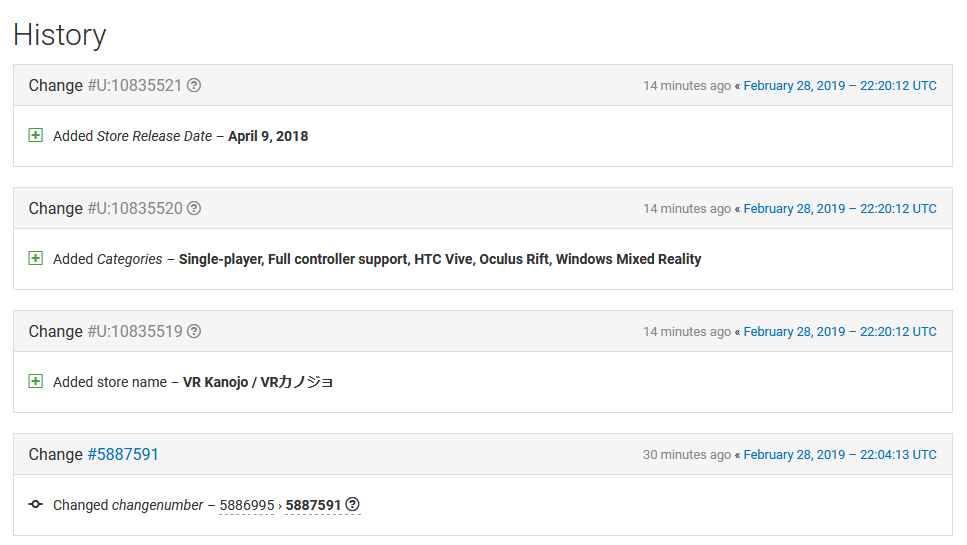 [Original article:] Three notable games have been recently banned from Steam, adding more entries to the ever-growing list of victims that have become part of the Waifu Holocaust 2.0. This includes VR Kanojo, Late-Night Nurse Call, and Kara no Shojo 2, the last of which never officially released on Steam but was banned before it had a chance to get its page situated.

The bans were actually part of a ban spree that took place on February 28th, 2019, which included nearly a dozen games. Some of the titles were the typical asset flips, but the three aforementioned games were far from asset flips. In fact, VR Kanojo made it onto Steam’s 2018 best-selling list for VR games. It was right behind Sprint Vector, as reported by UploadVR. 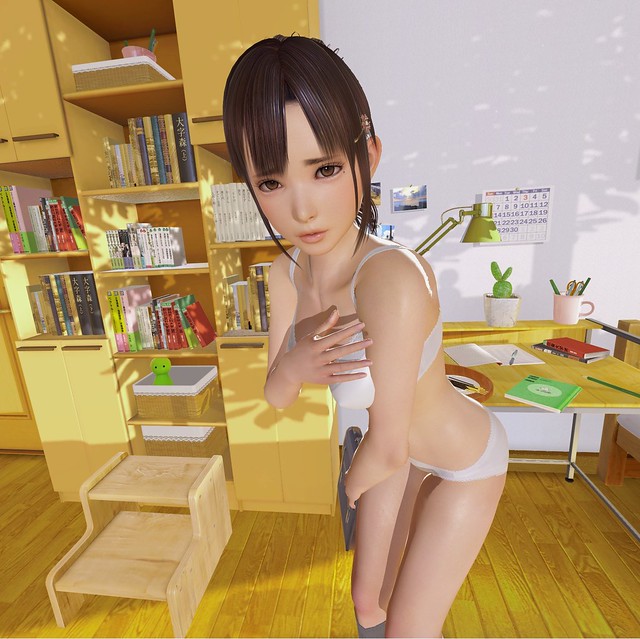 The game originally came out back on April 9th, 2018, as detailed on the Google web cache archive. But if you check the SteamDB entry, it shows that Valve has removed VR Kanojo from the Steam store.

There’s no news post, no update, and no information on why the game was banned from Steam.

Specifically, as noted on the Steam page in the mature content description, this was the all-ages version that was released on Valve’s platform (which means that it was not the R18+ version), even though there was an R18+ patch made available off-site. Even still, the description stated…

VR Kanojo was probably the most high-profile game of the bunch that was banned.

As noted over on the Nukige Steam Group, other games that were banned included the unreleased version of Kara no Shojo 2 from MangaGamer, Late-night Nurse Call from ZyX and Protocol Akiba.

Originally the puzzle ecchi game, Late-night Nurse Call, was scheduled to release on February 6th, 2019, according to the Google web cache, but it was indefinitely postponed after Valve held the game up for review. I reached out to ZyX to ask about the initial delay that the game received, but it didn’t matter because Valve banned the game.

Since the game was never formally released, it doesn’t appear on the banned app list. But if you check the SteamDB entry it shows that the game was removed from the Steam store on February 28th, 2019.

Kara no Shojo 2 also joins the list, with the SteamDB entry indicating that it was denied entry on Steam on February 28th, 2019. This one was particularly interesting because the original Kara no Shojo is available right now on the Steam store.

In fact, it’s the Adults Only version of the original game, which was released back on October 22nd, 2018.

[Update 3/1/2019:] Twitter user Doddler is also reporting that Cartagra was also denied release on Steam. The game can still be purchased from the MangaGamer store.

I guess some people already know because of the steamdb info, but it looks like Cartagra and Kara no Shojo 2 were both rejected by Valve, so they won’t be coming to steam.

This comes shortly after Valve’s product release manager, Jason Ruymen, banned two publishers and a handful of games. One publisher was known for making asset flips, but the other had a couple of games that people seemed to enjoy. Both publishers made fan-service games. Ruymen claimed that they were banned for “review manipulation” but didn’t venture to provide evidence of said claims. Others suspected that Ruymen was using that as an excuse to get rid of the publishers, and also because people were sharing the R18+ patches in some of the reviews. of the games.

All of these games join the ever-growing list of titles banned from Steam, as Valve continues to selectively highlight and ban titles based on the taste policing of its employees, even though they said that they would not be the “taste police”.

On the upside, you can still purchase VR Kanojo directly from the Illusionsoft web shop.

You can also purchase Kara no Shojo 2 directly from the MangaGamer store page.