YouTube terminated the channel Buds131, which was a YouTube channel from Donald W. “Don” Shipley that was dedicated to exposing the stolen valor of military servicemen. It had 232,806 subscribers at the time of termination.

One of the more recent videos on the channel featured Native American activist, Nathan Phillips, who was touted throughout the media as having been a Vietnam veteran. However, the narrative posed by the mainstream media quickly unraveled as citizen journalists began fact-checking the stories and exposed the lies, which included uncovering the fact that Nathan Phillips was a perpetrator of stolen valor. 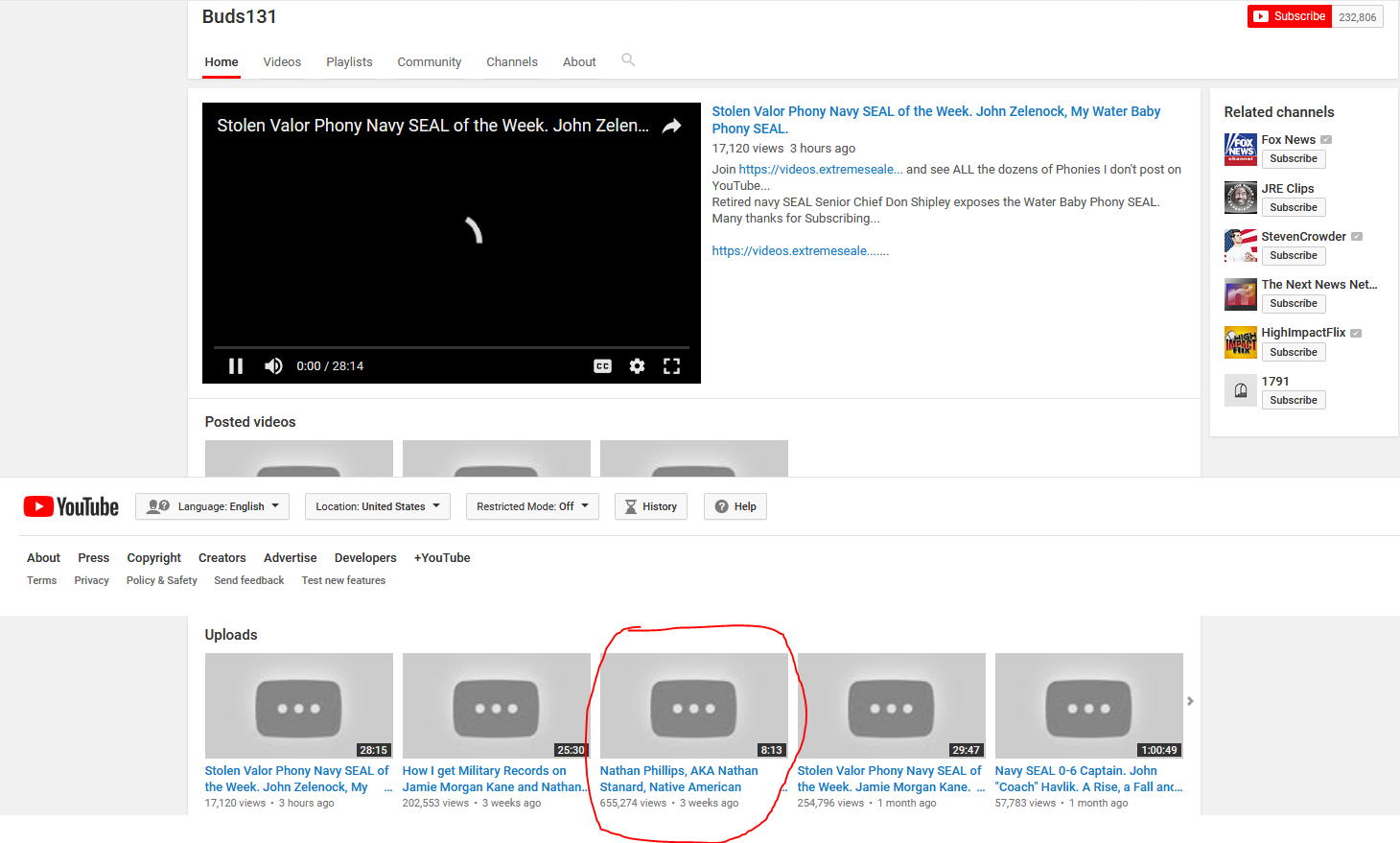 All of the videos are now no longer available, as YouTube has permanently terminated the Buds131 account.

The reason for termination? It was reported that the account engaged in multiple “threatening”, “bullying”, or “harassing” content, which resulted in the termination.

According to the Wayback Machine cache, the channel had been around five years before the earliest archive of 2013, so that means that it had been established back in 2008.

The channel’s termination, however, comes after the mainstream news media misreported on the Covington Catholic school protest that took place in Washington D.C. It was suspected that Shipley’s channel was taken down from those who didn’t want the information being exposed that Nathan Phillips wasn’t quite the war veteran that the media portrayed him to be. Regardless of the censorship of Shipley’s channel, the Covington school kids are suing the media for $250 million, so they didn’t get away with anything.

It’s unclear exactly what was the final trigger that led YouTube to terminate the channel, as there’s no public information available for that. However, Don Shipley is still producing content over on the Extreme Seal Adventures Facebook page.

Apparently the stolen valor series will also continue on the Extreme Seal Experience website. However, the YouTube exposure that Shipley earned from putting in the work and effort has now come to an end. Hopefully he can reupload his videos to a site like BitChute.

(Thanks for the news tip Grey)