[Update #1:] It appears Koei Tecmo is cracking down on any workaround methods posted. For now there is no way to access the game in the West, but as soon as a new method is made available we’ll update the community.

[Original article:] Koei Tecmo has released an English version of Dead or Alive Xtreme Venus Vacation on the Steam store, for free. However, it’s content-limited at the moment and it’s region blocked for anyone in the West.

If you attempt to visit the Steam store page from a Western region you’re greeted with a site error saying that the game is unavailable in your region.

Thankfully, there is a workaround.

You can visit the page by modifying the region selector in the web address, so if you’re located in the West, you can access the Dead or Alive Xtreme Venus Vacation Steam store page by clicking on the following link:

This will allow you to head to the Steam page and download the free client of Dead or Alive Xtreme Venus Vacation. Alternatively, you can visit the SteamDB page and click on the small green “Free” button in the top right hand corner of the screen, as indicated in the image below.

Now if you’re completely dumbfounded and left in a stupor as to how you missed this game launching on Steam, don’t be. Koei Tecmo silently rolled it out after having worked on a Steam port for the last five months. They originally began back in October of 2018 according to the database entries. The release date was then set for March 25th, 2019… just three hours before this article was written.

Basically Koei Tecmo didn’t want to propitiate any kind of hype ahead of the game’s release, so they rolled it out silently like the gaseous secretion of a Taco Bell burrito in a crowded elevator with odoriferous results.

But that’s not even the worst part about it.

Apparently some gamers are reporting that the game is censored.

Gamers are reporting that a variety of features are not available in the Steam version of the game, including the inability to poke the girls on the main menu, the inability to pull/tug at their bikini, and certain other titillating item effects. Some users have argued that they have to be unlocked, like the sequence to massage the girls.

Of course, it’s still up in the air if there’s some option to unlock the ability to poke at the girls on the menu screens, or if it’s just not in the Steam version.

It’s possible that Koei Tecmo could add the feature to interact with the girls at a later date, and they just wanted to add the base game and some of the bikinis first.

Obviously this still doesn’t change the fact that a lot of the core features – especially the more lewd features from the DMM version of Dead or Alive Xtreme Venus Vacation – are not present in the Steam version of the game.

According to the English version of the game’s official website, the bikini malfunction is still present in the Steam version of the game, along with the more lewd item “expressions” such as the suntan lotion, blushing, and the high-grade modifications of the models. However, your PC has to meet the recommended requirements. 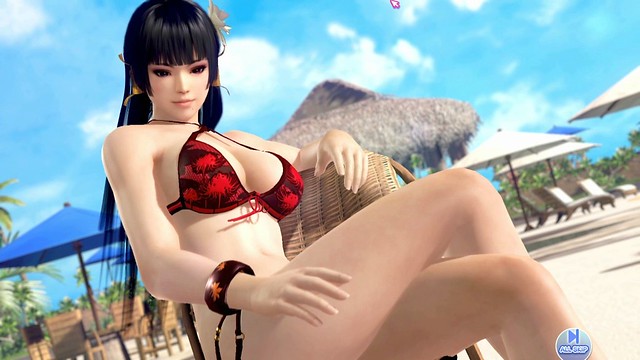 If you visit the system requirements section, you’ll see that to make full use of the Soft Engine 2.0 capabilities you’ll need 20GB of free space, and a GTX 1080Ti or an AMD Radeon R9 380X.

So if we’re going by the website, these features are still going to be present in the Steam version, they just aren’t available at launch.

This is sometimes a typical move when porting over a game into a different region. They start with the base game, and then slowly trickle in the more up-to-date features over time.

As for speculation surrounding why Koei Tecmo would make it so difficult to access this version of the game on Steam after it has been available in Japan on the DMM client since 2017, well it’s likely because they don’t want to make it easy for game journalists to get their hands on it and make a thousand articles complaining about sexism and misogyny.

The way it’s setup now, no game journalist possesses the will to climb out of the pit of their nescient bubble to learn how to play the game, and since they aren’t real gamers they have no clue where to go in order to figure out how to access the Steam version of Dead or Alive Xtreme Venus Vacation. So Koei was likely banking on only true fans of the series and real gamers being able to access the title on Steam, which would theoretically limit some of the push back and media condemnation that usually follows around the Dead or Alive series.

You can access Dead or Alive Xtreme Venus Vacation right now on Steam, for free.

(Thanks for the news tip and info zac za and VenturousGamer)