Degica issued a tweet on March 29th, 2019 reassuring fans that the yuri visual novel, Nurse Love Syndrome, will be properly localized and made available in the West in the exact same way that it launched in Japan, without any censorship.

The tweet came about after the ESRB issued Nurse Love Syndrome a ‘T’ for Teen rating instead of the ‘M’ rating that the 2016 predecessor, Nurse Love Addiction, received for PlayStation Vita and PC.

On the subject of Nurse Love Addiction being rated M and Nurse Love Syndrome being rated T: Nothing was censored/changed. ESRB just judged Addiction’s content as slightly more mature than Syndrome’s. Don’t worry guys, you are getting the same game as was originally released!

Technically, if you compare the two Steam pages between the games, it’s quite obvious there’s a lot more fan-service on display in Nurse Love Addiction‘s screenshots compared to Nurse Love Syndrome.

The second game still takes place within the same universe as the original game, only this time around there are 20 different endings to unlock, and multiple romance options to pursue in the yuri visual novel.

Given that the ESRB also rated the game ‘T’ for Teen it makes it harder for Valve to ban the game like they’ve done with many other visual novels and anime titles in the recent past.

The game itself is based on a story put together by real life Japanese nurses Sakura and Madoka. It follows the story of Kaori Sawai who comes fresh out of nursing school and into the busy life of the Yurigahama Hospital, where she employs her special “Healing Hands” gift that allows her to relieve the pain of patients, and develop friendships and romances among her female colleagues.

While the concept of the game and visuals looks pretty tame, developer Kogado Studio has still managed to slip some ample amounts of fan-service into the game, which actually makes me a little curious how the game managed to escape an ESRB rating of Teen.

I mean, the bath scene is pretty… transparent to be a teen game. I’m curious how they managed to get away with it? 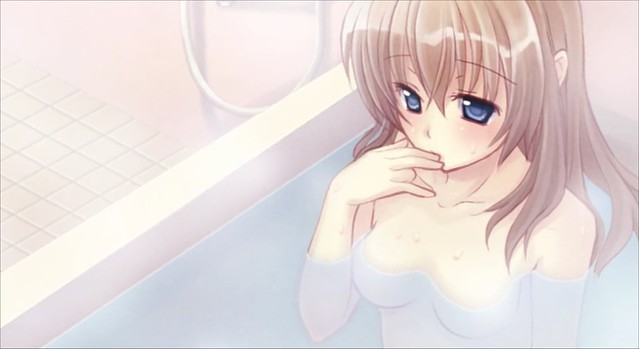 But hey, who am I to complain? If the ESRB wants to give a fan-service game a lower rating, then it’s all the better. Heck, maybe even it’s a sign of changing times; that maybe fan-service isn’t always readily adherent to receiving the most strict and severe ratings a regulator has to pass down?

One thing is for sure, Nurse Love Syndrome isn’t afraid to embrace the beauty of Boner Culture. 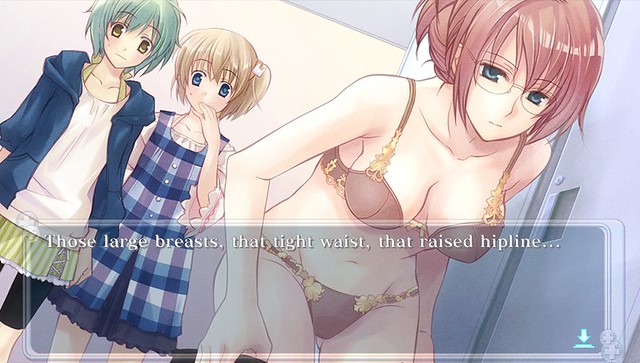 You can look for Nurse Love Syndrome to drop for the PS Vita and on Steam for PC starting this April.

You can learn more about the upcoming yuri visual novel by visiting the Steam store page.