PQube’s big announcement for the day turned out to be a port of the PS Vita third-person shooter from 2017 called Gun Gun Pixies. The game will make its debut on the Nintendo Switch for the very first time in North America and Europe at some point in 2019. Unlike with the PlayStation 4, gamers don’t have to worry about Sony’s censorship policies getting in the way of restricting, removing, or prohibiting certain kinds of features from being featured in the Switch version of the game.

Gematsu picked up the news after PQube formally announced the game, which includes taking on the roles of two pixie-sized space travelers named Bee-tan and Kame-pon, who must invade an all-girls dormitory. 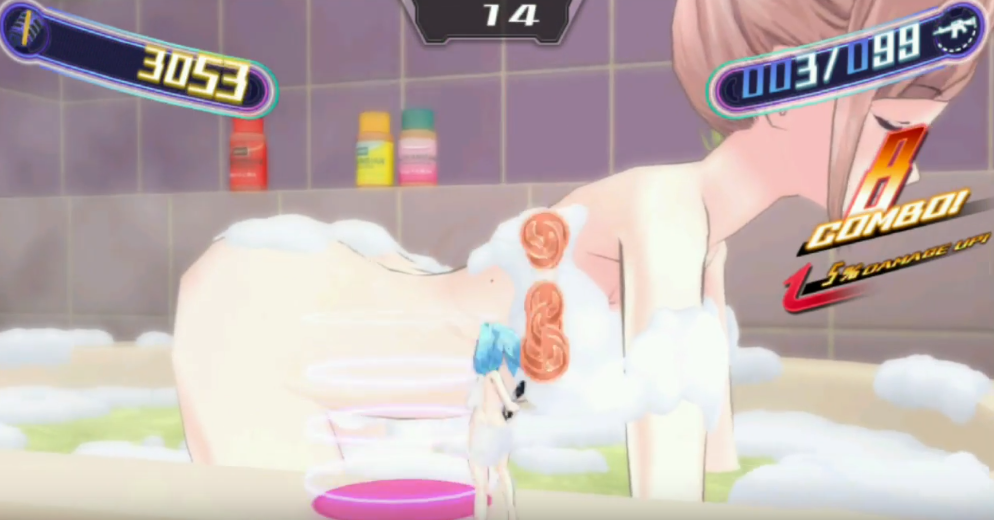 The two pixies are very tiny, so players will have to navigate through giant-sized rooms, as well as scaling around on the girls’ supple bodies in various states of undress.

You can check out the Nintendo Switch announcement trailer below to get an idea of why this game could likely never make its way onto the PS4 in today’s politically charged climate.

The game is being put together by Idea Factory and Compile Heart for the Switch, and it will also come with a special Day One Edition when it does release both physically and digitally on Nintendo’s platform. The Day One Edition includes a limited edition artbook featuring the various characters and settings of the game’s story, a physical cartridge version of the game, and a special deluxe box for the goodies.

It reminds me of the old-school days of gaming when you used to get excited about buying those big boxes for highly anticipated titles and they came jam-packed with all sorts of useful manuals, hint booklets, character profiles and more. Ah, the good ‘ole days. 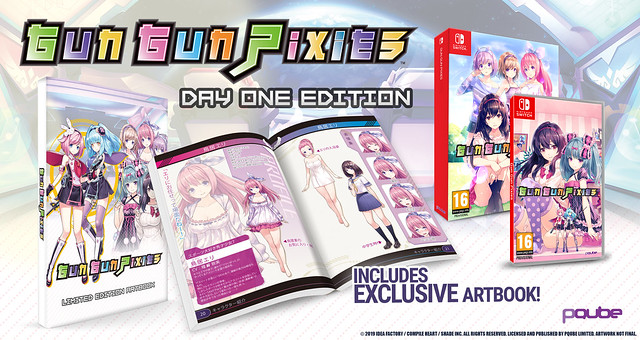 Now after originally making the announcement PQube had to slither back online and make a small correction, informing people that Gun Gun Pixies will not only be arriving on the Nintendo Switch later this year but the game will also be appearing on the Steam storefront as well both for European and North American gamers.

As many of you (more awake than us) have noticed, #GunGunPixies is also coming to Steam, as well as Switch in Europe and North America! Sorry for the confusion! pic.twitter.com/0VsA05Lj1w

Fans are duly excited about the upcoming title making the leap from the now dead and buried PS Vita to the alive-and-kicking Nintendo Switch.

We’ll be sure to keep you primed and tuned in for more info as it becomes available. In the meantime, you can scope out more info about Gun Gun Pixies by visiting the official website.