There have been raging debates about lolicons, shotacons, and censorship in recent months. The United Nations is proposing a draft to State parties in order to enforce censorship of underage drawings, cartoons, and anime that depict characters in sexual situations, while various platforms have moved to ban a lot of loli-related content, including Reddit and Gab.ai. Other platforms like Twitter have started cracking down on Japanese artists making lewd loli content, which forced them to migrate to another platform called Pawoo.net. However, according to a report from various clinicians, professors and psychologists from Copenhagen, Denmark, research has shown that lewd imagery of lolis and shotas doesn’t necessarily lead to real life sexual assault against children.

Both reports are in Danish, but an anonymous user on the 8chan anime board translated both Sexologisk Klinik reports for English readers.

“As mentioned, the research into this area has only just increased in scope within recent years. Further and more comprehensive studies must and will be made for the purpose of prevention. To date, research seems to be showing that there exists a risk group for whom the use of non-fictional pictures of sexual assaults on children can contribute to assault. The referenced sources seem to doubt that the use of child pornographic picture material alone can lead to sexual contact-assaults. 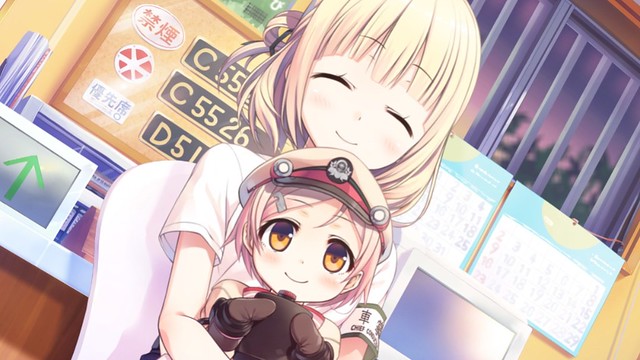 Seven years later, the second report had similar findings, with majority of the report covering the differences between those who view non-fictional child pornography and those who commit contact assault against minors. The results generally showed that those who stick to viewing the images were less likely to commit actual physical assault, compared to those who did not view the images but did make sexual contact with minors. But even then, there are a multitude of variables that the researchers acknowledge could contribute to the different outcomes, which they stress multiple times throughout the report.

“To date, research seems to be showing that there exists a risk group for whom the use of non-fictional pictures of sexual assaults on children can contribute to assault. The referenced sources seem to doubt that the use of child pornographic picture material alone can lead to sexual contact-assaults.”

The report also indicates that fictional child pornography or even the use of childlike sex-dolls may actually help as a preventative for those who are sexually attracted to minors.

The researchers state that the data is still inconclusive, but based on what has been researched it appears as if pornographic images of lolis, shots, anime, and drawings, along with sex-dolls, may help more than harm, stating…

“To conclude, there is to our knowledge still no scientific studies that directly casts light on the presented questions. Therefore, there is also no documentation that use of fictional pictures of sexual assaults on children, or use of sex-dolls that look like children, i.e. use of materials produced and utilized with actual children being exposed to violations, alone can lead people to commit sexual assaults on children. Research furthermore indicates that people who exclusively deal with pornographic pictures of children has a lower risk of recidivating, and a small risk of being convicted of contact-assault, compared to those who already has convictions for contact-assault and pornographic pictures of children. Whether possession of fictional pornographic pictures of children and/or sex-dolls increases or decreases the risk of new criminality, we know very little about at the current time.

While this particular report from Copenhagen acknowledges that drawings, anime, loli, or fictional depictions of children in sexual situations doesn’t lead to real-life sexual contact with minors, they still propose that more research is required to investigate and explore the subject matter.

For now, however, it appears as if the results seem to suggest that lolicons are in the same boat as gamers, and that just because you consume a certain kind of media doesn’t mean the media will turn you into a real-life perpetrator of a crime predicated on the content you consume.

As many of you know, politicians have long argued that violent video games turn kids violent, even though time and time again research has shown that not to be true. While these reports out of Denmark are years old, they at least provide some kind of basis in negating the argument that viewing loli content turns you into a pedophile.

(Thanks for the news tip Japan Anon and Kaos)