Valve has banned Citadel Translations from Steam, along with their released title Mega Milk Story and their unreleased games The Orcs Strike Back!, Nightblade Erin and Saydi And The Ancient Forest.

Mega Milk Story was originally released on Steam back on August 3rd, 2018 as the censored version of the game. The title was developed by Sugar Star and did contain some adult content. According to the web cache archive, the mature content descriptor reads…

The content, however, was not uncensored and did not feature R18+ material since a separate R18+ uncensored patch was made available apart from the game itself.

According to the SteamDB entry the game was banned on March 7th, 2019.

There are no reasons on why the publisher and their games were removed from the Steam store. Interestingly enough it doesn’t appear as if the developer of Mega Milk Story, Sugar Star, was banned from Steam. They still appear in the developer search section on Steam, as of the writing of this article.

Right now the forums have no mention as to why the game was removed or why the publisher was removed. However, the forums have been up in arms since the game’s release over a rape sequence in Mega Milk Story, which could have been why Valve banned the game and the publisher, since the company has recently come under fire by politicians and game journalists for not immediately banning the game Rape Day.

Politicians are now looking to enforce regulation on Steam regarding games that contain any kind of violence against women, and it’s possible that Valve may be coming down on developers or publishers that have games that feature sexual violence against women. However, this is not confirmed and we won’t know for sure if this development had anything to do with Valve’s decision to ban the publisher and the game from Steam until either the developers or Valve make a statement about the matter. 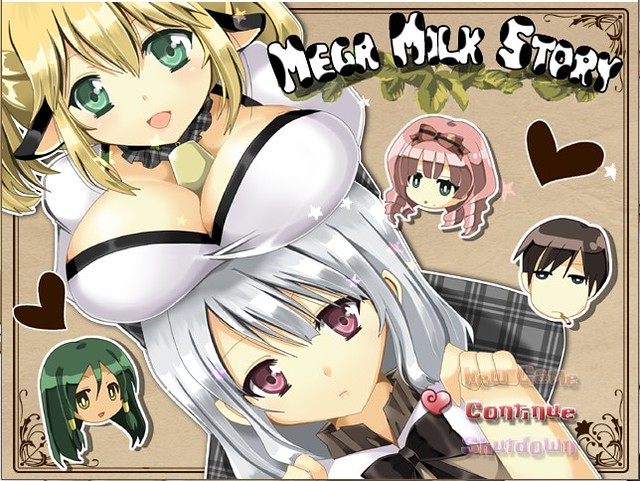 So far there are no statements or announcements from Citadel Translations about the bans, and the Citadel Patreon account has not been updated regarding these developments. I did reach out to Citadel Translations to ask them about Mega Milk Story and the other games being banned from Steam, and if they respond the article will be updated with their response.

Mega Milk Story joins many other games on the ever-growing list of games Valve has banned for nebulous reasons since instituting the adult filters last year. Majority of the games are anime or visual novel games from independent Japanese or Chinese developers.

You can still purchase Sugar Star’s games, such as Mega Milk Story, from the NSFW DLSite store page.

(Thanks for the news tip Lain and StarKitsune)