Another game has been held up indefinitely from release due to the review process by Valve. Dharker Studio recently informed the community about My Girlfriend being indefinitely delayed from its original March 9th, 2019 release date due to the game being held up in Valve’s review queue, joining various other games in the queue as well that contain suggestive content or sexually themed material.

The notice came courtesy of an update for Dharker Studio’s other visual novel, My Senpai. On the Kickstarter page they inform gamers that My Girlfriend is delayed indefinitely from releasing on Steam until Valve finishes the review, writing…

“So basically, we mentioned above, issues we are having releasing the game My Girlfriend, essentially the game is stuck in steams review queue and we are receiving no feedback as to why this is. But after some research we believe the reason is that My girlfriend is set in a school/college setting. And Steam are worried about how the game could be perceived as being promoting under age relationships Etc, which is more of an issue for them now that they ‘officially’ accept adult content games.”

According to the SteamDB page, My Girlfriend was originally going to be released on February 28th, 2019. However, Valve’s review of the game continued to persist and well beyond what they expected, they bumped up the date to March 1st, 2019, and then March 8th, and then March 9th, and then finally March 15th, just before finally changing the release date on the Steam store page to “ Waiting for Steam Review to Complete”.

It’s unlikely that My Girlfriend will be released on Steam given Valve’s strict content curation on games set in schools that aren’t yaoi or focused strictly on gay relationships.

Dharker Studio, however, will still attempt to get My Senpai released on Steam by making some rewrites to the game. In the Kickstarter post they explain…

“Anyway again we have no confirmation of this but the facts appear to align, we therefore are worried about My Senpai having the same problem and so have decided rather than risk it we will rewrite the game so that it is no longer set during the final year of college. Instead it will focus around the plan that Mira is staying with Senpai whilst starting an apprenticeship at a local company, the same company her parents and Senpai’s parents work at or worked at previously. A but flimsy perhaps, but fortunately My Senpai is more about the activities outside of college than during it and so the re-writes are not too bad.

“I have already started these re-writes in fact and have re-written the first 3rd of the game already, I believe I will finish the rewrites by the end of Next week or the week after, also other than a few additional character outfits, these changes should not really affect much within the game, all it means is that further work is delayed a little more whilst the re-writes are completed. The only reason this is taking a bit longer than I hoped is because of my headaches limiting the amount of time I can spend on the computer.”

This is basically a contingency to avoid getting banned from Steam, which has happened to a number of other developers with similar visual novels. 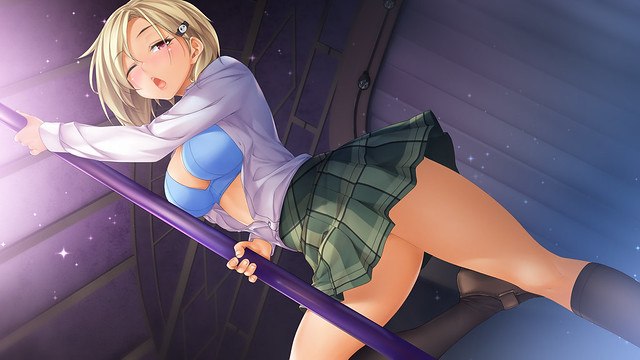 Now take note that in the case of My Girlfriend, this is the all-ages version of the game. While the mature content descriptor states that it contains images of female nudity, Dharker Studio’s outing is not labeled as Adults Only since it doesn’t contain R18+ content. It’s possible that Valve is taking a stricter stance on the all-ages versions of games that don’t have ESRB ratings and are set within schools. However, given that Valve has not clarified this stance that’s all just speculation.

Dharker Studio typically releases the all-ages version of the game and then releases an R18+ uncensored patch off-site. But given Valve’s crackdown on anime and visual novel games, even for the all-ages versions, it’s possible that even stronger censorship may be required for visual novels and anime games that aren’t yaoi in order to make it onto the Steam store. 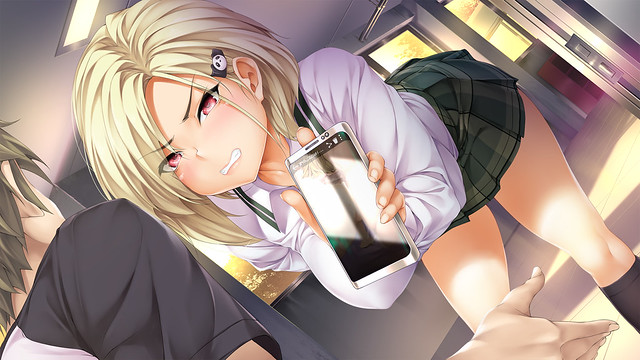 A number of all-ages games have either been denied release, banned, or held up in review, such as Food Girls, Hello Goodbye and Victory Project to name but a few.

The added stress of not knowing what the rules are exactly and what can cause a game to get banned by Valve’s review board only makes it more difficult since Valve informed developers that they can readily ban any game if they deem it to fall within a “legally grey” area.

For now My Senpai is still in development and will undergo the rewrites to increase the chance of being released on Steam. However, it’s not looking good for My Girlfriend, which is still being held up in the review process.

This also sets a chilling precedent for developers to start self-censoring even more in order to increase the odds of being accepted onto the Steam store.

(Thanks for the news tip npcomplete)