Bandai Namco and Ganbarion’s One Piece: World Seeker is currently available for the Xbox One, PS4, and PC. A pre-order bonus mission called the “Phantom Remedy” was available for those who put down some coin early for the game in Europe and Japan. However, North American gamers were seemingly left out of the loop.

As reported by Twinfinite, there was a EP!C Rewards Club offer for those in the European Union to gain access to the special “Phantom Remedy” hot springs mission in One Piece: World Seeker. It was also possible to pre-order the Asian version of the game, covering the Chinese, Korean, and Japanese regions, which would also allow you to gain access to the “Phantom Remedy” mission, as outlined over on the PlayStation Store. 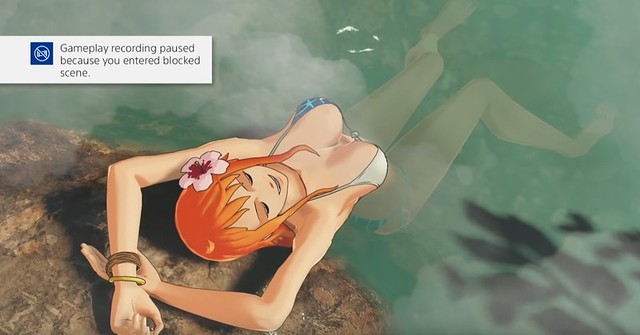 Twinfinite points out that North American gamers can gain access to the outfits for Luffy from the special pre-order bonus DLC, but not the mission itself.

So what makes the mission so bad that it was cut from being released in the North American release of the game? Well, YouTuber Naughty Gaming has a video up of the mission, which clocks in at 12 minutes. You can check it out below.

As pointed out in the description of the video…

“Currently the Phantom Remedy mission is restricted to Japan as a preorder DLC while in Europe, Australia, New Zealand and Middle East as an Epic Rewards item available here with currently no North America release”

If you attempt to visit the Bandai Namco page where the rewards program was supposed to be made available, it only returns a 404 page since the game is now out and available and the pre-order bonus period has ended.

I did reach out to Bandai Namco to inquire about the mission missing from the North American Release, and if there was any way for North Americans to access the mission, but so far they have not responded. If they do the article will be updated with their response.