[Update: 3/6/2019] Valve officially banned Rape Day from the Steam store, citing that it would be too much of a risk for them to host.

[Original article:] Desk Plant’s Rape Day is a completely irreverent, grind-house tier visual novel about a character named Boss who goes on a killing and raping spree while a zombie apocalypse takes place. The extreme content caught the attention of game journalists who decided to rally around to condemn the platform for hosting the game while politicians have been alerted and are looking to contact regulators and get the game banned.

Valve is likely positioning to ban Rape Day, as the game’s release may end up being postponed since the distributor is taking extra time to review the game after news stories popped up about Rape Day’s extreme content. In a post made on March 4th, 2019 by Desk Plant, the developer acknowledged that the game’s review is taking longer than usual due to Valve…

“Rape Day is complete. It is currently under review by Steam before release.

“I reached out to Steam because the review process was taking longer than expected.

“I learned that because the game contains sexual content and content that may be illegal in some countries, the review process will take much longer than expected. Unfortunately, I was not able to get a more specific time estimate for you guys.”

The release is now put into jeopardy due to the lengthy review from Valve. However that could be the least of Desk Plant’s worries, as politicians were made aware of the game due to the media, and now there’s a rally building around getting the game banned.

After instituting the new content policies last year, Valve originally stated only games that were “illegal” or “trolling” would be banned, but they haven’t always stuck to that policy. Some argue that Rape Day falls into “trolling”, while others claim that the content is “illegal”.

Various game journalists circled the wagons, with places like Business Insider, Game Revolution, and GameIndustry.biz, carefully sculpting the narrative that Valve is some den of depravity that might push away “mainstream” acceptance, even though Steam is already the largest PC digital distribution outlet on the planet, and no other competitor comes close in terms of library offerings or features. 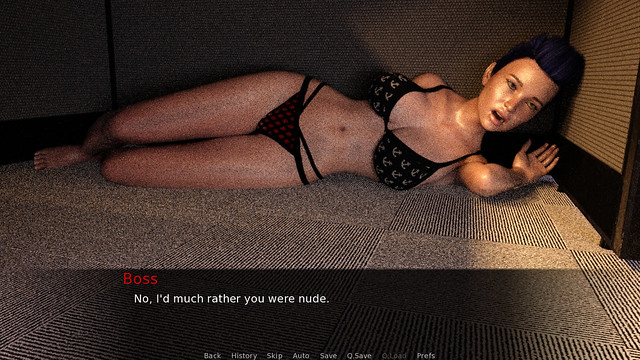 Even still, people like Brendan Sinclair from GamesIndustry.biz wrote…

“In the case it permits Rape Day to sell on Steam, Valve risks pushing away anyone with aspirations of respectability or mainstream acceptance.

“Do the AAA publishers of the world want to sell their games on a storefront that proudly hosts rape fantasies as a matter of principle? Valve is already facing enough competition from Epic Games store, Discord and the like that it lowered its revenue share for the sort of multi-million selling titles AAA publishers produce. And companies like Deep Silver and Ubisoft already feel comfortable skipping Steam with Metro: Exodus and The Division 2, respectively.”

Sinclair spends a large portion of the article content-shaming Valve into upping the restrictions on software made available on the platform, as well as reaching out to Take-Two Interactive, Ubisoft, Activision, and other major publishers in an attempt to get them to comment on Valve’s content curation policies (or lack thereof).

This was followed by a response from the Shona Robison, the Scottish National Party member of the Scottish Parliament in Dundee City, who raised the issue after a Scottish Women For Independence foundation caught wind of the news from a PC Gamer article on March 5th, 2019.

Absolutely shocking, will look to raise with the company & the regulator & would encourage others to do the same, please e mail them at [email protected] https://t.co/aIxfIr6GPp

Some noted that the game was already being banned in some regions like Germany.

Given Valve’s penchant for banning anime and visual novel games from Asian developers, many suspect that Valve will likely move to ban Rape Day as well, especially considering that if you check the banned game list since they instituted their new “hands-off” curation approach, some of those titles don’t even contain sexual content but have been banned regardless.

Some people have been calling out Valve for their double-standards regarding the kind of content they allow on the service and the content they prohibit, which is highly inconsistent. In the case of Rape Day, it’s a complete toss-up whether or not the game will actually get banned.