A selection of new nude mods are now available for Capcom’s remake of Resident Evil 2, giving gamers an opportunity to download the new modifications and make the sexy females of the survival-horror game run around in the buff. This is a clear upgrade over the previously released topless mod that was made available for the game.

The first mod is a full Claire nude mod from modder Aysar. The mod features Claire entirely in the buff and replaces the Elza Walker outfit.

The outfit (or rather, the lack of the outfit) will not appear in the model viewer, but you will be able to see Claire in all her Birthday suit glory from start to finish, both in-game and during the cinematic sequences. You can download the mod from over on the NexusMods.com download page. 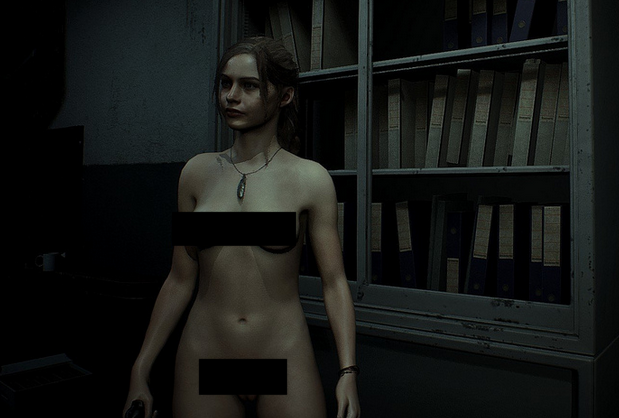 To install the mod, simply backup the folder 920564 in the Resident Evil 2 game directory, extract the mod into the “Natives” folder and then boot up the game and enjoy Claire in all her uncensored glory.

The second nude mod features Claire Redfield with Annette’s hair and B-cup sized breasts. This mod was put together by ghostcod81.

The mod sees Claire with blonde hair and B-cup sized boobs. It replaces the Elza Walker outfit to a nude version. You install it just like the other mod above. You can download the Annette hair and B-cup breasts from the Nexusmods.com page.

There’s also another mod that features Claire with B-cup breasts and messy hair. This is also from ghostcod81. Claire’s hair is slightly shorter and messy, but she has bigger boobs. You can download that one from the NexusMods.com page, as well. 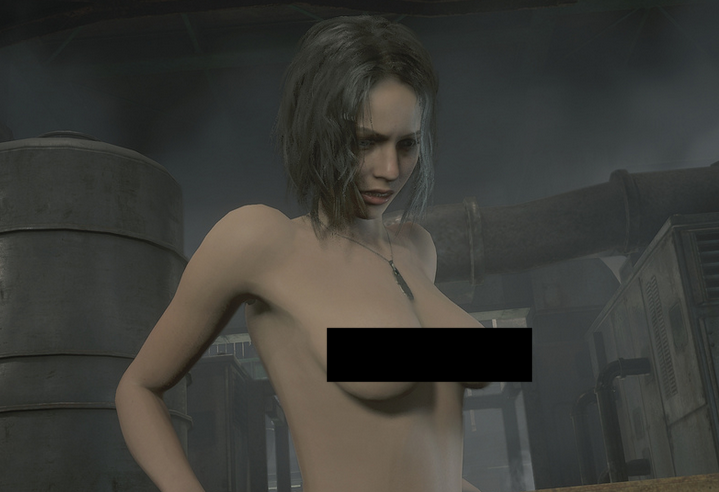 And finally, for Claire, there’s the combination of messy hair and Annette’s hair but for her original boob size. You can choose to install either mod, both of which replace the Elza Walker outfit, giving you either a dark short-hair version of Claire to play as, or one with long blonde hair.

You can grab that mod from over on the NexusMods.com download page. 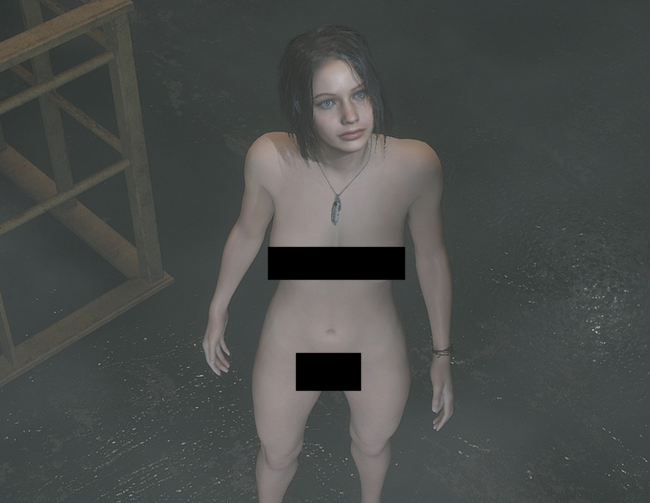 And last but certainly not least is Ada Wong.

A lot of gamers have desired and lusted after the amorously guileful Asian, with her sexy red dress, stockings and black heels. Well, modder misterhicks has a sexy alternate outfit for Ada that strips her out of all of those heavy threads and allows her to be a lot more nimble in her espionage antics during the zombie outbreak. You can download the mod from the NexusMods.com download page.

This mod replaces the red dress outfit, making her completely nude, but it doesn’t change the overcoat outfit she wears with the sunglasses. You will need the FluffyQuak mod manager, which you can download from tzarsectus.com.

You simply place the mod in the \modmanager\games\RE2R\mods folder and run the mod manager to activate the mod. This will allow you to utilize Ada’s nude state of undress.

You can use the FluffyQuack trainer to model swap Ada for either Leon or Claire. Otherwise she will only appear nude when she’s wearing the red dress. Since the injured version of Ada uses a different model, she will appear in her red dress again, but misterhecks has plans on replacing that one, too. 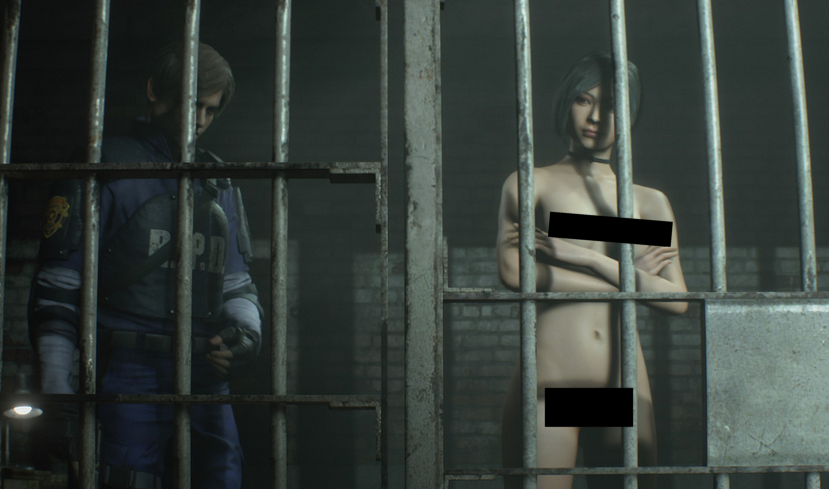 Oh, and I guess if you were interested there’s a nude Leon mod.

But seriously, no one cares about Leon being naked.

Resident Evil 2 is currently available right now on Steam for PC, PS4, and Xbox One. But only the sexy nude mods are available for the Glorious PC Master Race.