There are reports popping up around the web that some movie theaters have blocked out every other movie at the theater between March 8th and March 14th to specifically, and exclusively, only show Captain Marvel.

The news gained notoriety after it was discussed on an episode from the YouTube channel ClownFish TV on February 28th, 2019.

The video covers the topic of users only being able to purchase tickets for Captain Marvel at some theaters a week out from release. Tickets for other movies are not available at certain theaters.

It turned out that this was not limited to just the United States, where certain theaters have apparently only made it possible to purchase tickets for Captain Marvel and Captain Marvel alone.

It wasn’t just limited to the U.S., though. Others in Australia also reported something similar, stating that certain theaters in Perth were only allowing movie goers to purchase tickets for Captain Marvel, and the same applied to some people from Mexico, too.

Not everyone was convinced that this was Disney trying to muscle their female-led super hero flick into the capitalist consciousness of the general public. Over on the Kotaku in Action sub-reddit, user DeathhillGames offered a possible explanation as to why so many theaters are only allowing users to purchase tickets for the upcoming super hero flick, writing…

“[…] Like I said, theaters release new lineups on Thursday for the next week – there might be exceptions but that appears to be the general business practice.

“I would imagine it allows them to gauge popularity and adjust their lineup to fit demand before the weekend, without promising and then cancelling a show time that just isn’t getting enough interest. Certain foreign films or blockbusters on opening weekend are guaranteed to have some slots though, so they can put those on the schedule further ahead of time.

”If you look further out, like Friday March 15th you’ll probably see one or two other random films scheduled that aren’t Captain Marvel, because that’s the second week run and they’re waiting to see if it’s popular and how many showings they need to designate to it.”

A few others also argued that it could be movie theaters looking to gauge interest first on the week of release, and that things might change after the opening weekend when the movie finally premieres.

YouTuber Odin’s Movie Blog had a similar argument that appeared to concur with DeathHillGames’ assessment, claiming that at Fandango the reason that only Captain Marvel shows up is because other local theaters have not yet turned in their schedules.

Cosmicbook.news also shot down the idea that there was a conspiracy involving Disney trying to force Fandango to only sell movie tickets of Captain Marvel between March 7th and March 14th.

However, the issue seems to go beyond what’s being sold at Fandango.

For instance, there were people over in Malaysia commenting that at their local theaters there is no other movie tickets available except for Captain Marvel. This was discussed at length over on the Lowyat.net forums, where a few users stated that GSC and TGV theaters did not offer tickets for any other movie during the week except for Captain Marvel.

Another user also sent One Angry Gamer screenshots indicating that at their local theater, only Captain Marvel tickets are available for purchase, with no other movies being available for an entire week, starting March 7th. This included the Bintang Megamall and the theater at the Imperial City Mall. 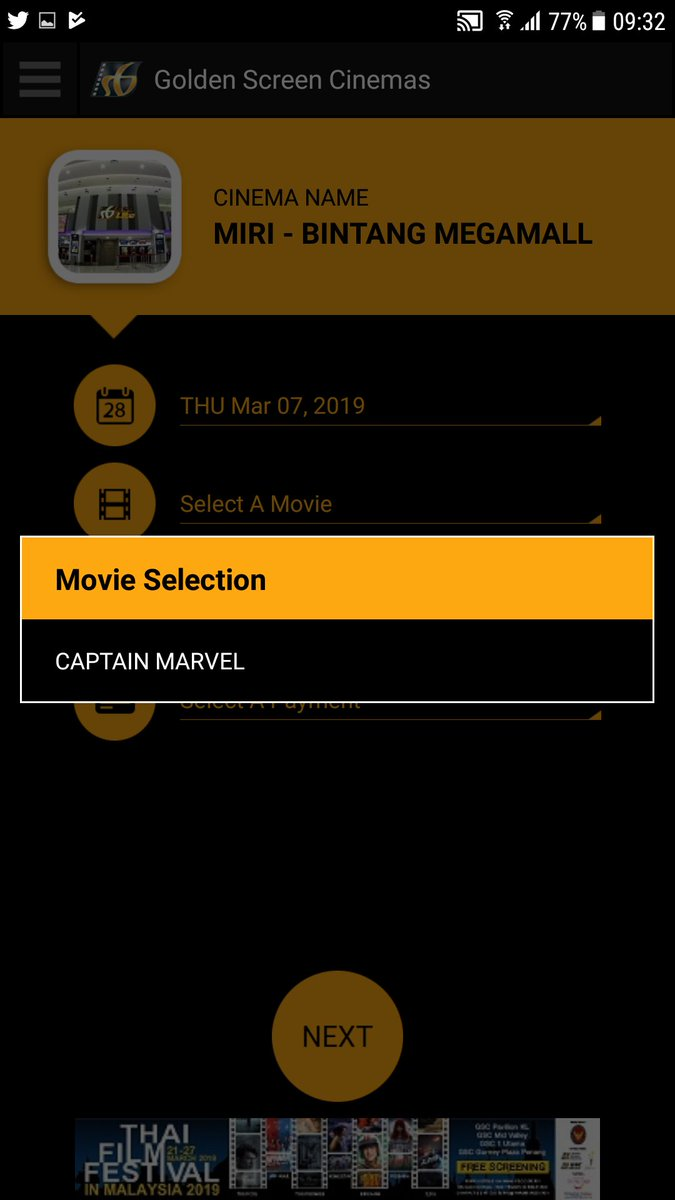 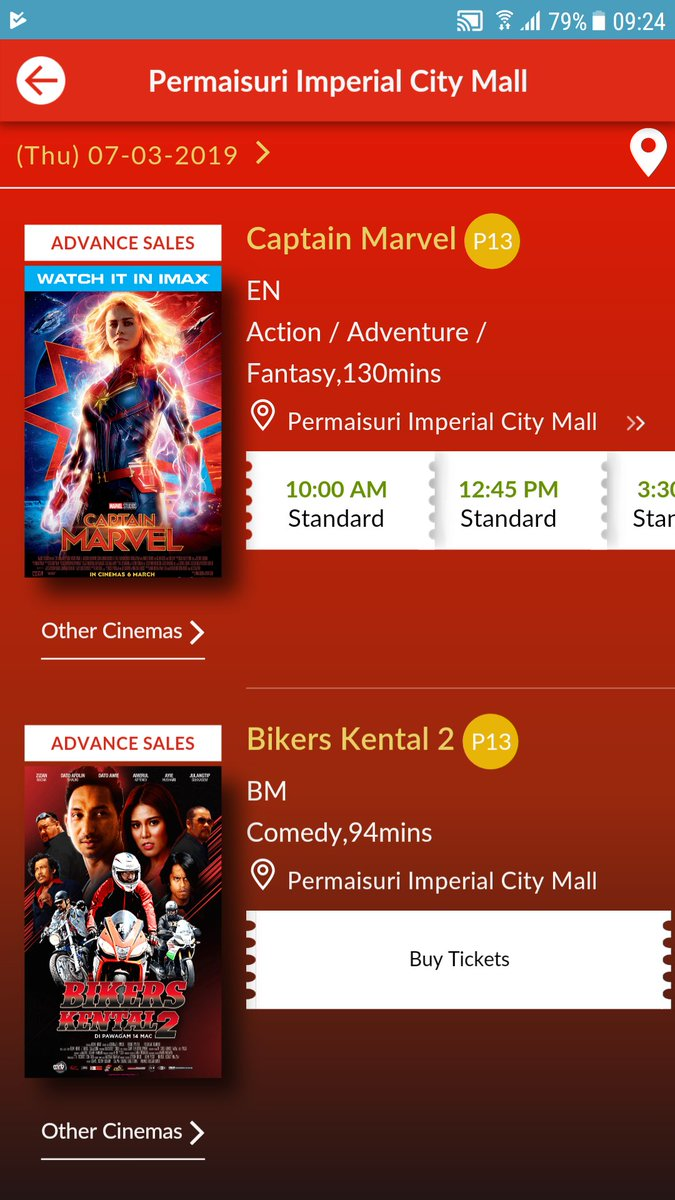 Others have also reported that all of their local theaters have also removed anything else from the line-up other than Captain Marvel, so if you show up the only movie you’ll be able to see at the theater is Marvel’s new super hero flick.

@CineplexMovies @Marvel @Disney what is this?

I don’t care if people want to see Captain Marvel or whatever, but to remove all your other movies and make it the only choice for the weekend is dishonest, and I hope you lose for this pic.twitter.com/ClWl92l7Bx

Also my theater isn’t the only one doing this, I really hope that whatever is causing this loses an abundance of money this weekend that they never even think about doing it again. I implore you don’t allow tactics like this in your theater pic.twitter.com/nsHoFXvPhZ

So what does all of this mean? Well, skeptics say that people need to chill out and wait until Thursday when the schedules are updated at local theaters. Pessimists believe that this is Disney’s way to force people to only see Captain Marvel at theaters in major movie theaters. Others are waiting to see how all of this turns out.

It’s definitely obvious that there is an agenda to heavily push Captain Marvel to the forefront of the public’s consciousness in a very conspicuous and undeniable way, and the media have definitely played their part in aligning with Disney’s agenda. This latest bit of news, however, has people torn and debating on just how far Disney’s agenda may extend, or if it’s even part of the agenda and that maybe some people are seeing ghosts. We’ll definitely find out once the movie theater schedules are updated for the March 8th weekend.