So as far as additions are concerned, there’s a new difficulty setting to play through the game at a lowered difficulty, allowing players to focus more on the story and puzzle-solving. The Japanese swimsuit DLC pack will be included, and there will be English voiceover options in additional to the original Japanese audio track, along with a few updates and upgrades to the gameplay balance and UI navigation.

But all the good things end there.

The rest of the post outlines everything that will be changing for the upcoming release, or all of the things that had to be removed. Specifically, the developer acknowledged that these censorship changes will apply to both the PS4 and the Steam versions of the game. So there will be no uncensored Western release of Zanki Zero: Last Beginning. The changes are being done to “reduce” the depiction of sexualizing characters that could be considered as minors.

The actual censorship changes are as follows…

“PlayStation 4 Packaging art: In order to conform to public storefront display standards, images that can be interpreted as too sexually provocative must be modified.

“Child Rinko Extend Machine CGI: In the Japanese release, Child Rinko covers her chest with her arms. In the Western release, the position of her arms has been adjusted.

The scene involving the “child” bedtime event can be viewed below. 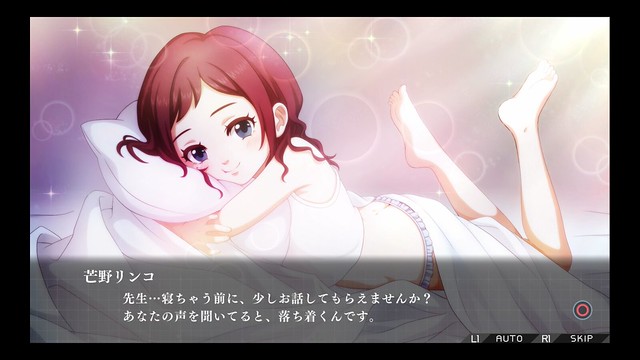 In an ‘M’ rated game that scene was too much and had to be removed. The main problem is that there’s no way to tell if it was Sony or Valve who wanted it removed.

The game was originally delayed out of its March window and pushed back to April 9th, 2019 for PS4 and Steam, as reported by TechRaptor.

Props to Spike Chunsoft for at least coming clean about the changes instead of staying silent and then having gamers discover the censorship only after they bought and paid for the game.