NetherRealm’s latest addition to the roster is the earthly dirt slinger, Cetrion, an elder god fighting in the latest iteration of Mortal Kombat. Straight off the bat you’ll note that she looks and seems to retain the facial behaviorism of Aloy from Guerrilla Games’ Horizon: Zero Dawn, but it looks like she waited outside by an alley and then ravaged some Poison Ivy cosplayer at the Comic Con, proceeded to staple bits and pieces of the costume together, and smear some green slime all over her body to create a makeshift leaf suit.

She’s also in a bit of a loin cloth with a full body swimsuit underneath. However, she has a lot of busywork going on around the exposed areas so that she’s not that exposed. For instance there are a lot of crystalline elements and earthy armor pieces along her legs and thighs, so even though she is wearing a loin cloth, she’s no where near as exposed as Baraka or Shao Kahn. You can see what Cetrion looks like in action with the trailer below, courtesy of rubhen925.

We get to see Cetrion using a lot of Earth-Bending style techniques, being able to zone her opponents with projectiles and ground swells. She’s also capable of quickly closing distances and using her grab moves to break up the flow of an opponent’s mojo.

Unlike Kotal Kahn’s reveal trailer, though, Cetrion doesn’t get undermined by her opponent. Instead we see her pin Jade to a slab and impale her body with knife-edged rocks. This leads into her Fatality, where she crushes her foe in a pile of rocks, stamps on their face with her jagged heels, and then grows large over the Earth and proceeds to blast them to smithereens with an eviscerating light beam. It looks like something out of Injustice 2.

I suppose the biggest takeaway from all of this is just how much she looks like Aloy cosplaying as Poison Ivy.

It’s something I literally cannot get over.

While yes, she does sport the most risque outfit in Mortal Kombat 11 to date, it’s not saying much given the piebald patchwork to still cover up the exposed skin in some way so it’s more like conservative exposure.

Coupling this with the fact that she looks like Aloy kind of takes away from the general appeal of the character. I mean do you see how expansive her jawline is? She also has the exact same wide birth facial features as Aloy as well, based on the short image featured in the Game Informer clip. Just check out the comparisons below. 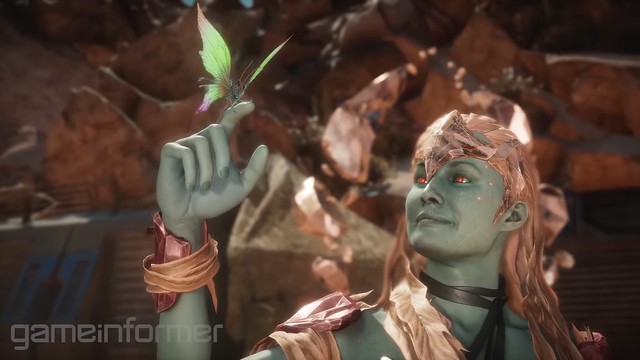 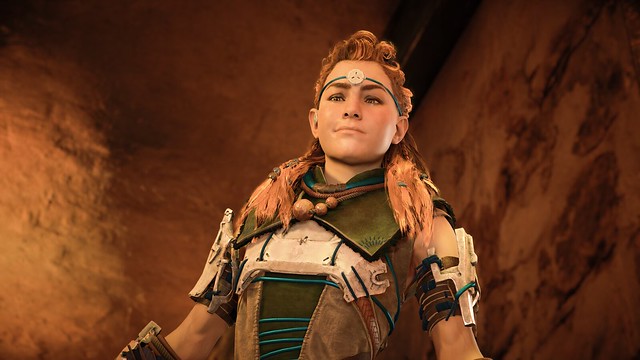 The sad reality is that it feels like a lot of these developers pull from the exact same creative(less) hat, so the women all end up looking the same. Generic, uninspired, and samey.

To NetherRealm’s credit, at least some of the chicks in Injustice 2 turned out pretty distinct and hot in the end, especially Black Canary. 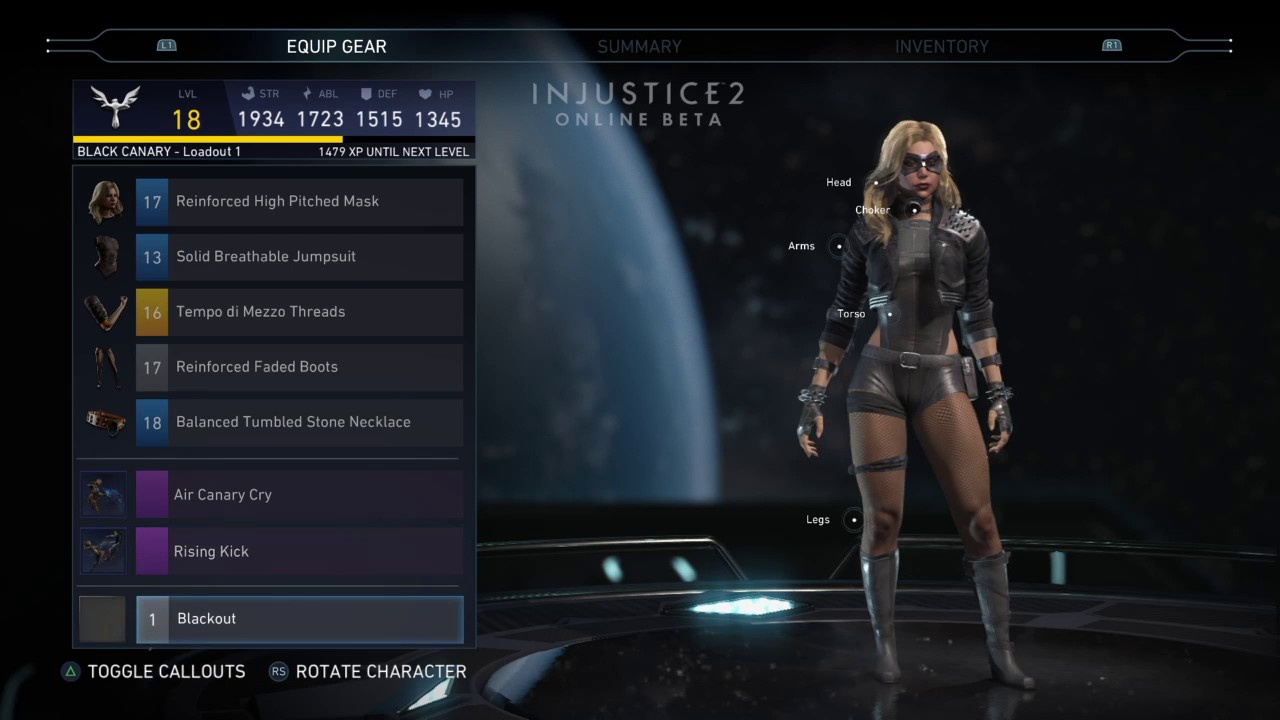 But I just don’t understand the obsession with marble-cheeked, boxer-jawed, females in Western games.

Then again, NetherRealm did say that they were going to be de-sexualizing the female characters in order to be more “mature” and “respectful”. So while Cetrion may be wearing the least amount of clothes among the female characters on the roster so far, she’s definitely not the most attractive and certainly not the sexiest given the fact that the image of Aloy is burned forever in the minds of anyone who has laid eyes on her face.

If you’re not fond of the female character designs or feel as if the classic costumes need to make a return, well you won’t be able to express those sentiments and that disappointment on the Steam forums without being censored.

(Thanks for the news tip Zach Z and Fight Censorship)