Developers and publishers are wising up to the way the curation system works on Steam. Valve may have instituted the Adults Only filter and claimed that they would no longer be the “taste police” for anything that wasn’t “illegal” or “straight-up trolling”, but they quickly reneged on that when various employees began to selectively ban certain games from the storefront. Well, developers had to get real savvy, real quick. They decided to go back to the old way of doing things: launching the all-ages version of a game on Steam, and dumping the R18+ patch on a page off-site.

Whirlpool and Sekai Project decided to take on the method of launching a completely censored and safe version of NEKO-NIN exHeart 2 Love + Plus on Steam, and then giving gamers the option to roll out the R18+ content via an off-site patch. You can download the patch from over on Denpasoft’s store for free. 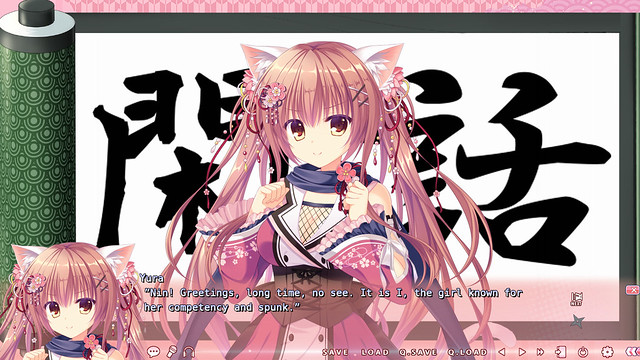 There are no mosaics, no white bars, no black bars, no blurry images, or white rabbits.

As mentioned on the Denpasoft page, the DLC restores the Steam version to the true R18+ version, but if you purchase the full version of the game from the Denpasoft store, it automatically comes with the uncensored content built right into the game.

The Denpasoft version is priced the same as the Steam version, so you can pick up a digital copy for just $4.99.

Now some people in the comment section on the Steam forums have been saying that Sekai Project is looking to get the R18+ DLC approved for release on Steam, but if you check the SteamDB entry for NEKO-NIN exHeart 2 Love +Plus, you’ll note that there is no entry in the packages for a DLC add-on. Maybe they’re in discussion with Valve about it first before attempting to get it approved for release?

Anyway, if you did happen to be one of the people who purchased the game from the Steam store, the R18+ uncensored patch is ripe and available for you to download, so nothing will get between you and that bombastic boner of yours.

(Thanks for the news tip Ivan Agustin Valencia Acuna)