The originally announcement occurred via a post on February 25th, 2019, where they stated…

“Thank you for your support and patience.

“Please note that the release dates for the following products have been revised:

“To better cater the product for the international audience, 15 cards from Booster Pack No Game No Life have been changed.

“The release of Booster Pack BanG Dream! Girls Band Party! MULTI LIVE was delayed to ensure that the product meets our quality standards.

“We appreciate your understanding with regards to this matter.”

They proceed to list the 15 cards that were very obviously censored for the international release of the No Game No Life booster pack designed for English speaking audiences. 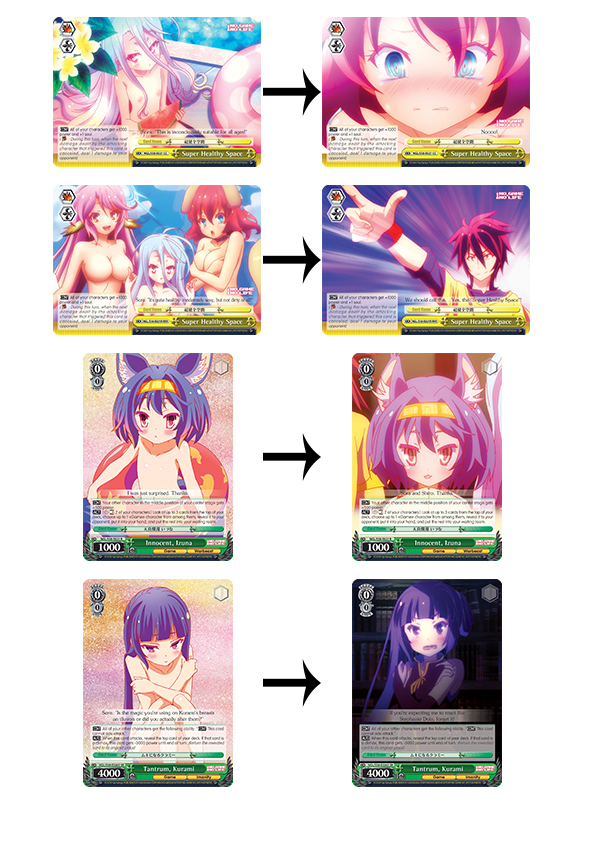 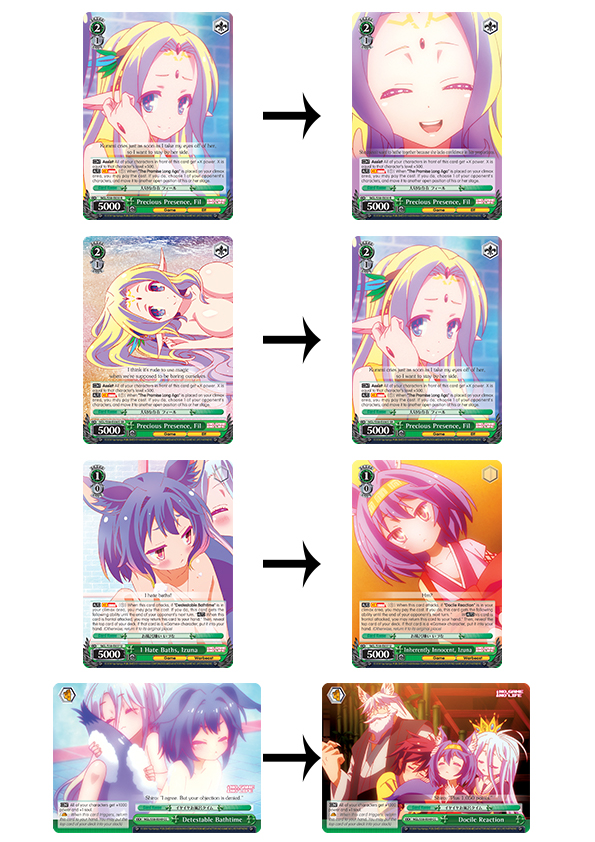 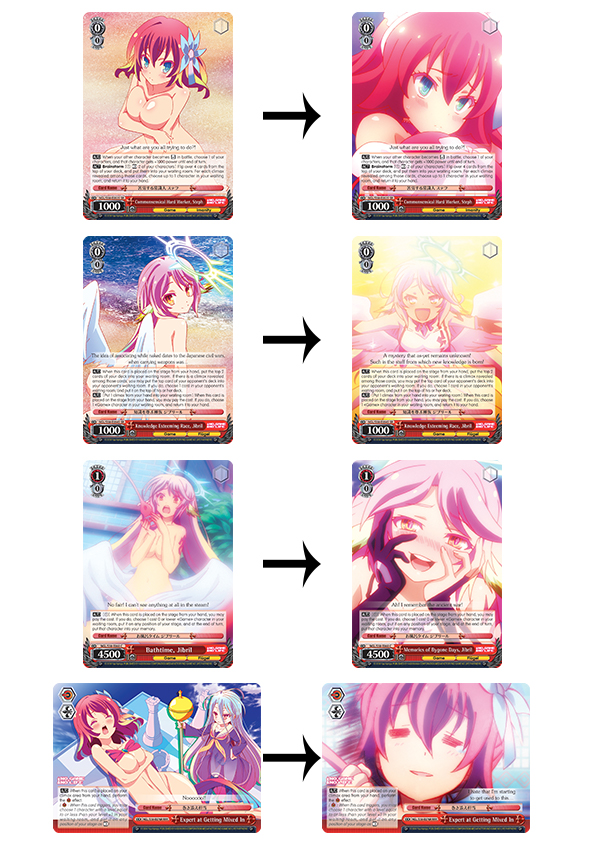 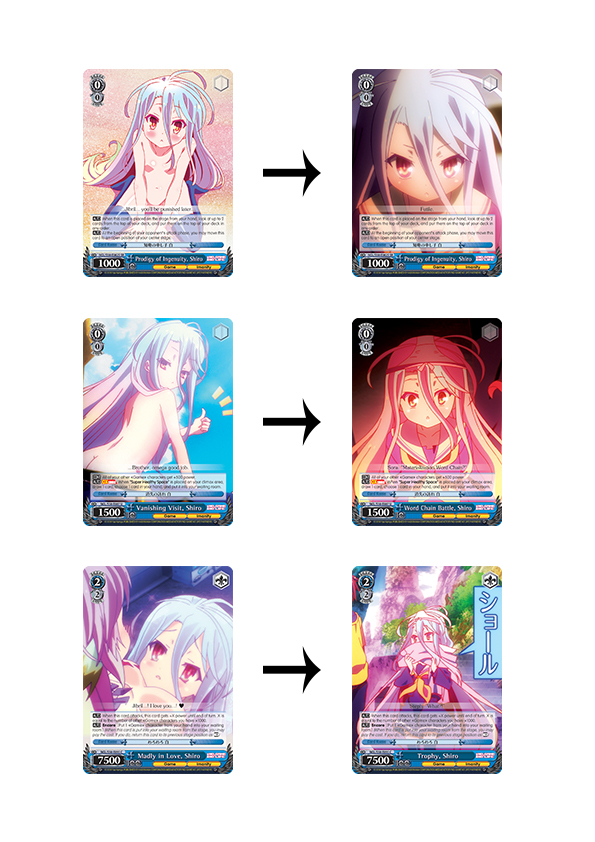 The thing is, if you missed out on the initial announcement back in February, you would have no idea that the trial pack and booster pack would have 15 censored cards.

If you go over to the store page for the trial pack, it only mentions that it comes with 50 cards per deck, a pre-constructed trial deck, six decks per display, and eight displays per carton. There is no mention of any censorship.

If you visit the store page for the booster pack, it has the following description…

“Is this merely a game of Rock-paper-scissors?

“Replay scenes such as
the chess game with Kurami,
the word chain game with Jibril,
the video game with the Warbeasts,
and more!!

It lists that it has 100 types of cards, plus 27 parallel; eight cards per pack, 20 packs per display, and 16 displays per carton. There is no mention of the cards being censored.

So you can’t use the censored card pack with the Japanese edition packs during tournaments.

The obvious question is why did they decide to censor the card pack? Well, if you haven’t been paying attention lately, there has been a serious crackdown on lolis in recent months. Twitter, Reddit, and even the U.N., have been targeting lolicons.

The post on Weiß Schwarz doesn’t exactly say what the impetus was to censor the cards, but I did reach out to Weiß Schwarz to ask more about the decision to censor the 15 cards for the international edition of No Game No Life. If they respond the article will be updated with their response.