Plastic Love Is A Sex Doll Creation Sim Where You Build, Produce And Repair Sex Dolls

There has been a lot of controversy over legislators trying to ban different kinds of sex dolls, sex doll brothels, and sex doll workshops, but it’s a budding industry as a seemingly acceptable replacement for women who would rather be raging, angry, overweight, discontent, man-hating harridans. Well, even with some government authorities trying to ban real life sex dolls and sex doll brothels, as reported by CityNews, Nesalis Games and PlayWay S.A., are challenging the status quo by offering up a sexy single-player experience where you get to take on the role of being a virtual sex doll producer.

That’s right, you’ll operate and pimp out lifelike sex dolls in the game Plastic Love. Your objective will be to build, repair, and maintain the dolls in the whorehouse of inanimate objects.

Nevertheless, Plastic Love is basically the sex doll equivalent of game like Car Mechanic Simulator 2018 or ElectriX: Electro Mechanic Simulator where the games are based on real-life mechanics and you learn how the properties work and the systems operate to keep yourself in business. You can see what the general gist of the gameplay is like with the trailer below.

The game is kind of teetering on that balance beam of uncanny creepiness and perfectly acceptable AA development quality.

The game allows you to design your lovemaking sex doll from scratch, choosing her hair face, skin color, eye color, and body shape.

You’ll need to design the dolls to suit the needs of customers at your inorganic brothel. You’ll also need to repair your sex dolls after they’ve been damaged during bachelor party events, drunkards, or roughhousing brutes. 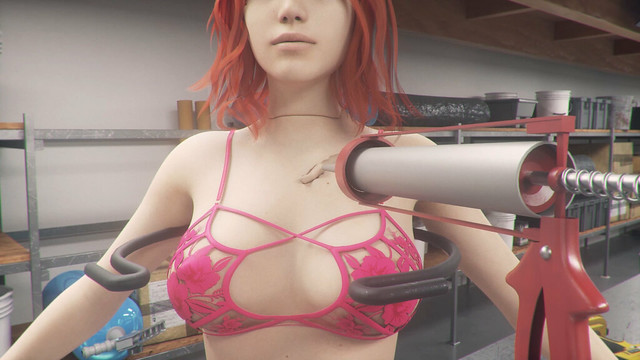 There’s apparently a lot more to the game than what’s in the trailer and what they have featured on the Steam store page. We’ll have to wait to find out more about the game leading up to its release on Steam.

There’s no release date set in stone just yet, but if you want to wishlist the game or keep an eye on Plastic Love, you can do so by visiting the Steam store page.

(Thanks for the news tip Trihelix)