The games were submitted for approval but were denied from Valve, thus being banned from appearing on Steam. 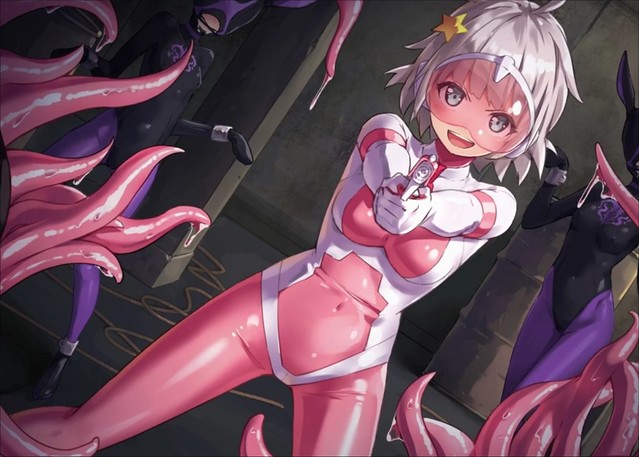 According to the Steam Spy for Star Guardians, the developers, Yumekakiya, had already finished and submitted a demo to Steam. The shows that the Star Guardians demo was added to the database back on February 22nd, 2019, but on February 24th, 2019 it was removed according to SteamDB entry. It then had a number of additions and removals for the adult content, making it difficult to determine if the demo was the R18+ version of the game or if it was the all-ages version.

However, both the demo and the base version of Star Guardians were banned from Steam on April 3rd, 2019, according to the Steam Database.

While the game may be banned from Steam, you can currently purchase Star Guardians from the DLSite store page.

The next game on the list is actually two games: Rance VI and Rance 5D, both of which were packaged together in a bundle.

Unfortunately, there isn’t much known about the bundle other than that it was submitted to the Steam database on March 22nd, 2019 and banned on April 3rd, 2019.

In North America and Europe, Alice Soft’s Rance games are typically published by MangaGamer. At the moment MangaGamer is currently finishing up Rance Quest Magnum and prepping it for release, along with Rance IX: The Helmanian Revolution. They’re also still beta testing Sengoku Rance and early into the translation process of Rance X: Showdown, as detailed on the MangaGamer blog.

Apparently they had plans on releasing some of the Rance games on Steam, but Valve put an end to that when they banned both Rance VI and Rance 3D on April 3rd, 2019 according to the SteamDB entry. The games’ store pages weren’t even approved to go live.

So don’t expect to see any of the Rance games on Steam, and Valve obviously hasn’t explained why the games are banned or why they won’t be allowed on the Steam store.

The game was originally supposed to enter into Early Access on February 23rd, 2019 after getting the store stats in order, but then after February 24th, 2019, the store configurations began to change and the details and release dates were removed.

On April 3rd, 2019 the game was banned, according to the SteamDB entry.

This is actually a fairly accurate description of the game based on the NSFW gameplay trailer, which you can view below.

But at this point it seems like a crap shoot to get your game on Steam, as it can be banned or denied release seemingly for any number of reasons.

All of these games now join the ever-growing Waifu Holocaust 2.0 banned list. For some developers it seems like the only way to guarantee a release on Steam is to remove all fan-service, all loli characters, any school references, and all of the explicit content.