You would think this is an April Fool’s joke, but it’s actually not, despite the fact that the behavior of the people responsible for this news even becoming a headline are acting like a complete joke. Nevertheless, the moderators that run one of the largest gaming sub-reddits on the social media network got together and closed down the entire /r/Games/ sub on April Fool’s day in order to condemn gamers for being “racist”, “sexist”, “transphobic”, for liking loli content (I’m serious), and for being “vitriolic”.

“This April Fool’s, we decided to take things a little more seriously and shed some light on a growing, pervasive issue that has affected the community of r/Games and gaming communities as a whole. In recent times, it’s come to our attention that what has been intended to be a forum for the potential spread of knowledge and involvement in video games has instead become a battleground of conflicting ideas. Ordinarily, this isn’t an issue; discussion by its very nature is certain to bring argument, but when that argument descends into vitriolic attacks between individuals on a regular basis with no chance at deescalation, that’s when, put simply, something’s got to give.”

This isn’t a joke.

If you visit the /r/Games/ main page all of the comments are locked.

They compiled some images from cherry picked comments to show just how rotten and horrible gamers are in the minds of anti-gaming fascists, with the moderators writing…

“Unfortunately, this inflammatory content is not an infrequent occurrence. The condescending, dismissive, vindictive and pessimistic attitudes we see in our day to day activity is troubling, especially when those interactions involve harassing or outright targeting regularly discriminated communities. It’s not uncommon for us to see the real issues surrounding these communities be trivialized, derided out of ignorance, or worse, for the sake of entertainment.

“To that end, we want to show you, the community, what we mean by “what we see”. These are some of the more awful comments we see regarding transphobia, homophobia, islamophobia, racism, misogyny, pro-pedophilia/pro-rape, and vitriolic personal attacks against other users. These kinds of comments occur on a daily basis. We’ve compiled an entire album of examples of the horrible things people say on this subreddit. From bigotry to vitriol, this album merely scratches the surface of the magnitude of the problem.”

They link to various images, including the album, which you can view on imgur.

The post goes on to state that the community needs to “do better” and “be better”.

They state that people need to be appreciative of what’s in front of them, and then they round out the post by stating…

“It’s also important to recognize the opportunities not afforded to everyone, as well as the resources available to give them a helping hand. So this April Fool’s, we’re also asking you to take into consideration the idea of helping these organizations out. These folks have made it their mission to represent and benefit those who still face their own challenges, obstacles and prejudices, and any assistance they can get is another step forward for their cause.”

They roll out a list composed 100% of Liberal Left-leaning charities and organizations, including supporting pro-baby killing organizations like Planned Parenthood and a bunch of LGBTQ outfits.

It’s the same old woke nonsense you would expect from Reddit, which is staunchly Left-wing with a hint of a few Right-leaning sub-reddits.

But it shouldn’t be too surprising given that /r/Games/ has a history of these kind of antics. Heck, they were part of the reason #GamerGate even became a thing, since they censored 20,000 comments on a thread discussing TotalBiscuit’s video calling for calmer heads following Kotaku’s ethics violation, which was detailed over on DeepFreeze.it.

But the /r/Games/ mods didn’t stop there. They also purposefully hid and censored any threads outing corruption taking place within the gaming industry, such as Bethesda violating GDPR regulations. The general public only found out about the censorship due to leaks made available by another moderator who actually had integrity and valued the principles of ethics.

Even still, the fact that so many people on April Fool’s upvoted what is essentially a post filled with proselytizing is heartbreaking. That so long as the politics flow in the direction that metes out censorship against dissidents and advocacy for socially degenerate beliefs then it’s okay to cut communication short and prevent people from opposing the Liberal oligarchy.

The most damning part about it is that there will likely be more people on Left-wing social media sites angry at the idea of opposing Reddit’s censorship than the censorship itself.

Always remember: The minute you make the conversation a one-way street of communication then it’s no longer a conservation, it’s propaganda. 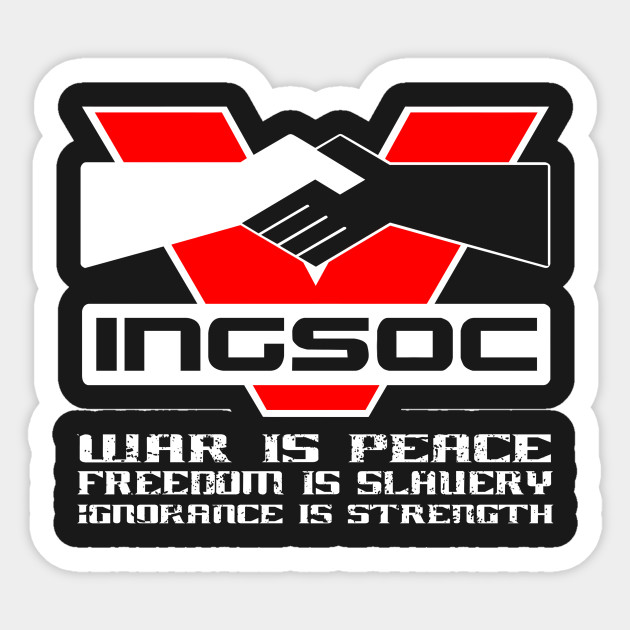