Super Heroes Should Be Portrayed As Fat And Out-Of-Shape To Reduce Disorders, According To Bulimia.com

Bulimia.com, American Addiction Centers and This Is Insider collaborated for an article that randomly portrayed a number of comic book heroes with alternate covers depicting said heroes as fat, out-of-shape people. The reason for this was because they feel that making heroes uglier and fatter would help reduce disorders by giving Americans less ideal standards to strive for when emulating the physiques of their favorite comic book character.

Over on Bulimia.com, they state…

“Today, 33.7% of men and 36.5% of women in the U.S. are considered obese, and more than two-thirds are overweight.Weight gain has put millions of people at risk of heart disease, diabetes, and other preventable conditions. Meanwhile, comic books depict vastly different figures: men with massive biceps and shoulders and women with toned abs and tiny waists.

“So what would they look like if they reflected more typical body shapes and sizes? We’ve Photoshopped several major comic book characters – not to touch them up, but to make the average hero look more like the average American.”

Bulimia.com and American Addiction Centers edited the comic book covers, portraying some of your favorite heroes and villains as hideously deformed caricatures of their usually idealized self. This includes the image above where Batman looks like some kind of soy-addicted game journalists cosplaying as the caped crusader, complete with a deflated, estrogen-shaped chin, chicken legs, and a flabby gut spilling over his utility belt like toxic waste spilling out of the Chernobyl disaster.

But it gets worse. You see absolutely hideous abominations like Iron Man, his chiseled protective armor replaced with what looks like loose fitting cotton around a saggy-armed couch potato. 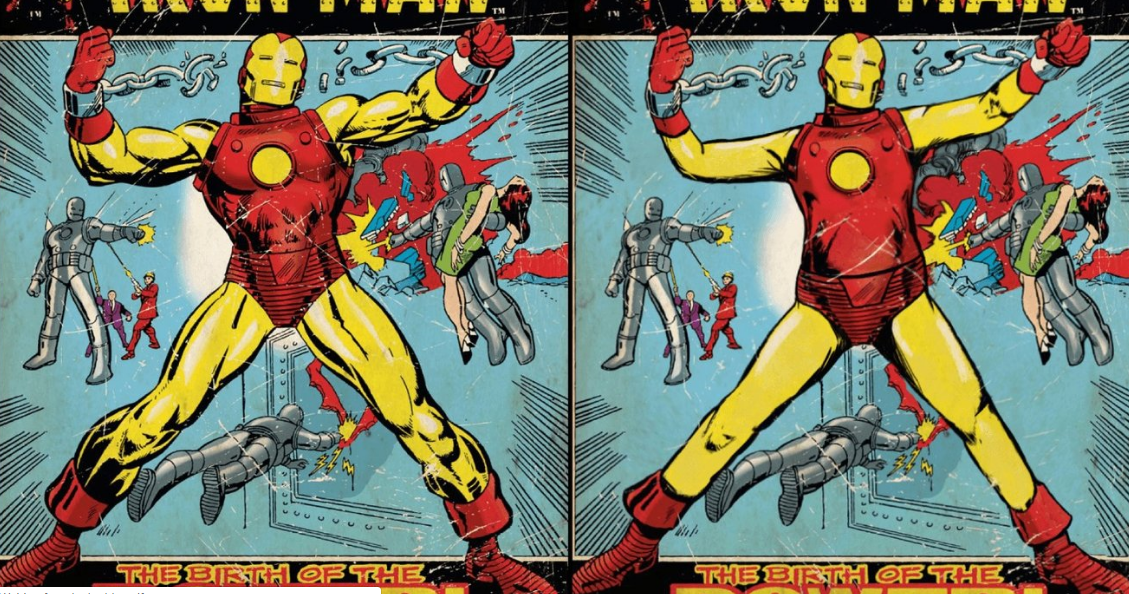 A separate article examining the topic was published over on Insider on April 5th, 2019.

“When it comes to perceptions of one’s own body image, we know that starting at a young age people can begin to internalize messages as to what is acceptable and desirable. By showing these superheroes with the body type of a typical American, we hoped to spark a conversation about body image and the subliminal messages we are sending our young people.

“Unfortunately, our society has grown accustomed to seeing unrealistic beauty standards, from Photoshopped images on social media and in magazines to our comic-book superheroes. We are often oblivious to the problem, not fully realizing how these images can impact our perceptions of ourselves.

“We can begin to have a negative perception of our bodies and how we ‘should’ look to be considered acceptable. This can lead some people down a slippery slope and put them at risk for an eating disorder as they strive for an unattainable image of beauty.”

They literally classify being in shape and striving to be in shape as an “unattainable image of beauty” and that these are somehow “impossible physiques”, even when many of the covers are actually based on real-life people at times; fitness models, super models, etc.

Yet they instead decided to depict these characters in completely unappealing and visually disgusting ways. For instance, the old Wonder Woman cover variant that they made to look more “American” is based on a cover where Wonder Woman isn’t even all that toned, and has more of a standard body shape of a woman from that era. Yet they insisted on giving her fat rolls, thunder thighs, a double shin, and saggy breasts. 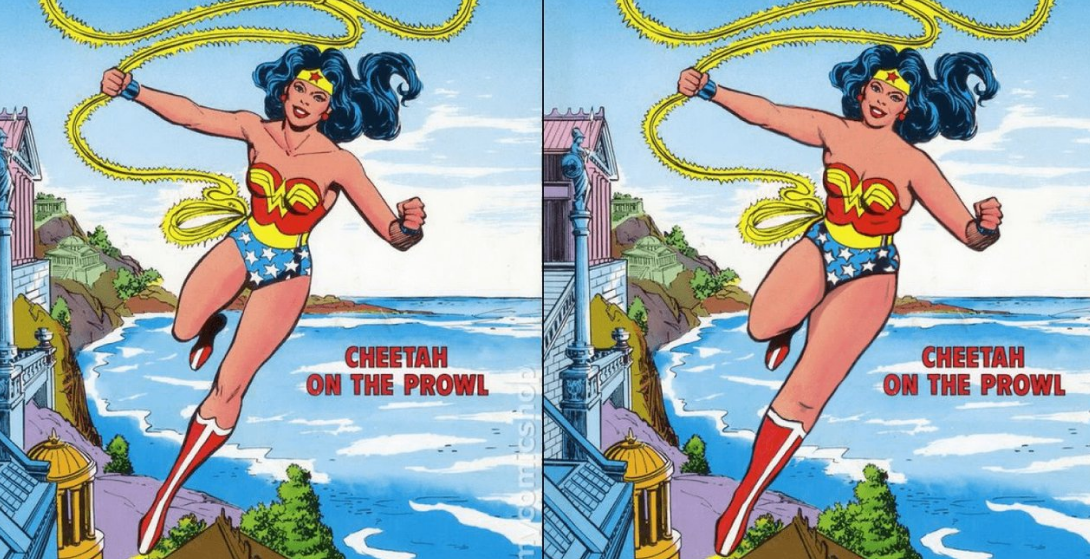 So instead of striving to be in the best shape you can possibly be in, the idea is to convince kids to look as unsightly and unshapely as possible? Young women should want saggy breasts in the late teens and early twenties?

According to Dunn, stripping these characters of any kind of visual attractiveness is somehow bringing them closer to the lens of “realism”, with Dunn telling Insider…

“When seen through a more realistic lens, the stick-thin thighs and visible rib cages vanish from the women, while the men’s exaggerated V-shaped upper bodies are cut down to a more reasonable size. “If these characters had a figure more like that of the average person, perhaps more people could look up to their favorite superhero without feeling the need to emulate an impossible physique.”

It’s a scary line of thought. It also seems to come across as advocating for enabling bad eating behavior or fat acceptance.

YouTuber ClownfishTV even called them out on the article and the images of the characters, pointing out that heroes being athletic all day long would burn fat all day long, and would inevitably be in shape, just like real life athletes, fighters, wrestlers, runners, and gymnasts.

Portraying these heroes – who fight, workout, train, and engage in impossible feats all day long – as fat slobs is both contradictory to the concept of an idealized hero but it’s also defying the very laws of physics itself. As pointed out in the video above, someone like The Flash couldn’t get fat if he were running all day long.

Nevertheless, this anti-thin, anti-fit narrative by the media is far more harmful than advocating for people to eat right and stay in shape. In fact, Professor Christopher Ferguson actually challenged the media’s narrative last year with a tweet back in August of 2018, linking to one of his studies that didn’t seem to align with what Bulimia.com and the American Addiction Centers have been peddling.

Does thin ideal #media cause body dissatisfaction or eating disorders? Read a critical review of the research evidence here. Effects may be more nuanced than often suggested in the popular press: https://t.co/MNM4c7Sxim

The tweet leads to a link over on American Psychological Association, where the concluding comments point out that the data about idealized imagery changing the cognizant behavior of someone to pursue that ideal isn’t as cut and dry as the media portrays, stating…

“[…] the foundational conceptualization of media effects need to be reexamined. In particular, the entire tendency to express media effects, in this realm and others, as ‘Media M causes people to do Y’ should be jettisoned in favor of ‘Media M may be associated with some people doing Y under some conditions, but only if they wanted to in the first place’”

However, Bulimia.com and the American Addiction Centers are trying desperately to get creators and artists to change the way they portray and idealize heroes and villains in fictional media.

We’ve already seen this wide-sweeping effect taking over Western game development, with nearly every single AAA title abandoning idealized, statuesque female characters in place of short, slightly overweight, stubbly-legged characters with wide jaws, fat heads, small breasts, and a stark lack of muscle definition. A perfect example of that is the upcoming fighting game from NetherRealm Studios, Mortal Kombat 11, where the female characters are so de-sexualized and lacking in feminine sex appeal that even various women are actively and vociferously complaining about the female characters not being sexy enough.

Unfortunately, the Social Justice Warrior mindset is pervasive within the creative industries in the West, and I wouldn’t put it past DC Comics and Marvel to further start iterating the designs of popular characters to mirror what Bulimia.com and the American Addiction Centers are currently advocating for.

(Thanks for the news tip Lyle))