Back in the 1990s having a giant graffiti image on the side of a building in a video game with “FA6607” would have been a two spread marketing ad in a video game magazine, proudly boasting how edgy and hip the developers were. Today, edginess and hipness are relegated to the subcultures of forlorn and abandoned communities forced into the backwoods of the internet. In [current year] it’s all about being as politically correct as deemed so by the Intersectional Inquisition. The proof of that assertion is in the pudding, and the pudding has been served up by none other than the creatively castrated suits at Ubisoft.

In an article published on April 11th, 2019, PC Gamer pointed out that Ubisoft apologized and removed graffiti art from The Division 2 in a hot patch that went up on April 11th. The company sent a statement to PC Gamer, which said…

“”It’s been brought to our attention that a piece of street art in Tom Clancy’s The Division 2 contained offensive content. We removed the image from the game via a patch on Thursday, April 11. We apologize that this image slipped through our content review processes, and we are currently reviewing them in order to avoid this kind of oversight from occurring in the future.”

The image in question was spotted by an Imgur user and added to an album filled with typos and spelling errors in The Division 2. The album was posted up back on April 9th, 2019. You can see it below, where it features a burly cop eating a donut with purple glaze and sprinkles.

If you’re trying to figure out what’s so offensive about the image, his badge number is “FA6607”. It’s leet speak for “Faggot”. 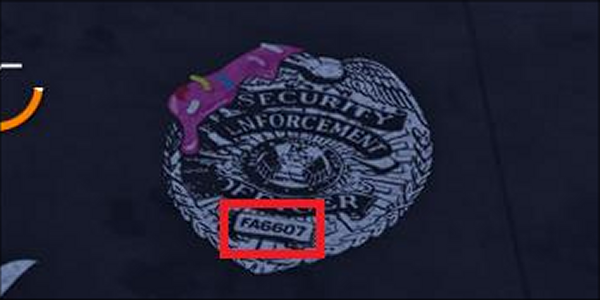 The Imgur user quipped “This one seems a tad bit deliberate.”

Ubisoft was quick to make the change once they were alerted about the image.

In today’s overly sensitive society it’s not possible to make fun of anything or caricaturize anyone unless they’re straight, white Christian males. At that point you can have a field day being as defamatory as you want just short of having a lawsuit tossed your way.

Ubisoft, however, has little to no backbone when it comes to challenging the current status quo governed by the SJW media. They even opened up a Diversity & Inclusion training workshop, signifying that they’re pretty freaking converged.

Anyway, The Division 2 is available for home consoles and PC, but it’s filled with all sorts of the typical SJW trappings, including women being at the forefront of the frontlines of combat protecting Washington DC, and most male soldiers on the good side either being wounded or nowhere to be seen. But that’s just a small taste of all the less-than-subtle agenda pushing found in that game.

Heck, even a diehard fanboy of The Division ended up conceding that The Division 2 had been overtaken with SJW politics, with YouTuber Dogman Dan doing a 16 minute video reluctantly admitting to the agenda.