According to the SteamDB entry for the R18+ DLC, it has been denied entry on Steam on April 17th, 2019. More specifically, there was an update from Valve for the Under One Wing 18+ depot that made it unavailable on the Steam store.

The DLC was originally submitted back in mid January of 2019, but after months of review, Valve decided to deny the release of the DLC on the Store. 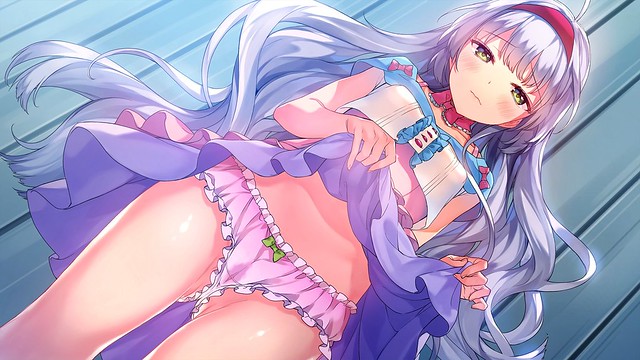 Under One Wing originally released back on February 28th, 2019, so this wasn’t something that came out of the blue.

This is not uncommon, and Valve has been denying R18+ patches for a number of visual novels that released on Steam as the all-ages versions, like Niplheim’s Hunter, whose DLC was banned for the “exploitation of minors”.

You can still download the R18+ patch for Under One Wing: We Dream Together by downloading it from the PantyPress website.

The patch is only 1.5MB, and once you download it just unzip the contents into the game’s installation directory. If you did it successfully the title bar should show “Under One Wing(18+)” when you boot the game up.

Under One Wing‘s all-ages version is currently available on the Steam store for $29.99.

Hopefully Sol Press will consider releasing the game on MangaGamer, DLSite or Jast USA, because Valve has no qualms about banning games post-release for nebulous reasons.