Microsoft temporarily suspended a user on Xbox Live for changing their name to something that Microsoft considered to be “inappropriate content”. What was the gamertag? “xxJesusIsLordxx”. Without the ‘X’s it’s just “Jesus is Lord”.

The suspension was posted up on Gab.com from user Red Pill, who wrote…

“I changed my Xbox Gamertag to “Jesus Is Lord” and posted a picture of Jesus Christ (from the Passion of the Christ =) and Microsoft STILL Banned the account.

“Jesus Christ is being banned by Microsoft. Tell me again Christianity isn’t under Assault.
who shared the image on the social media service.”

He also shared an image of the suspension enforcement, which seemed to back up what he was saying. 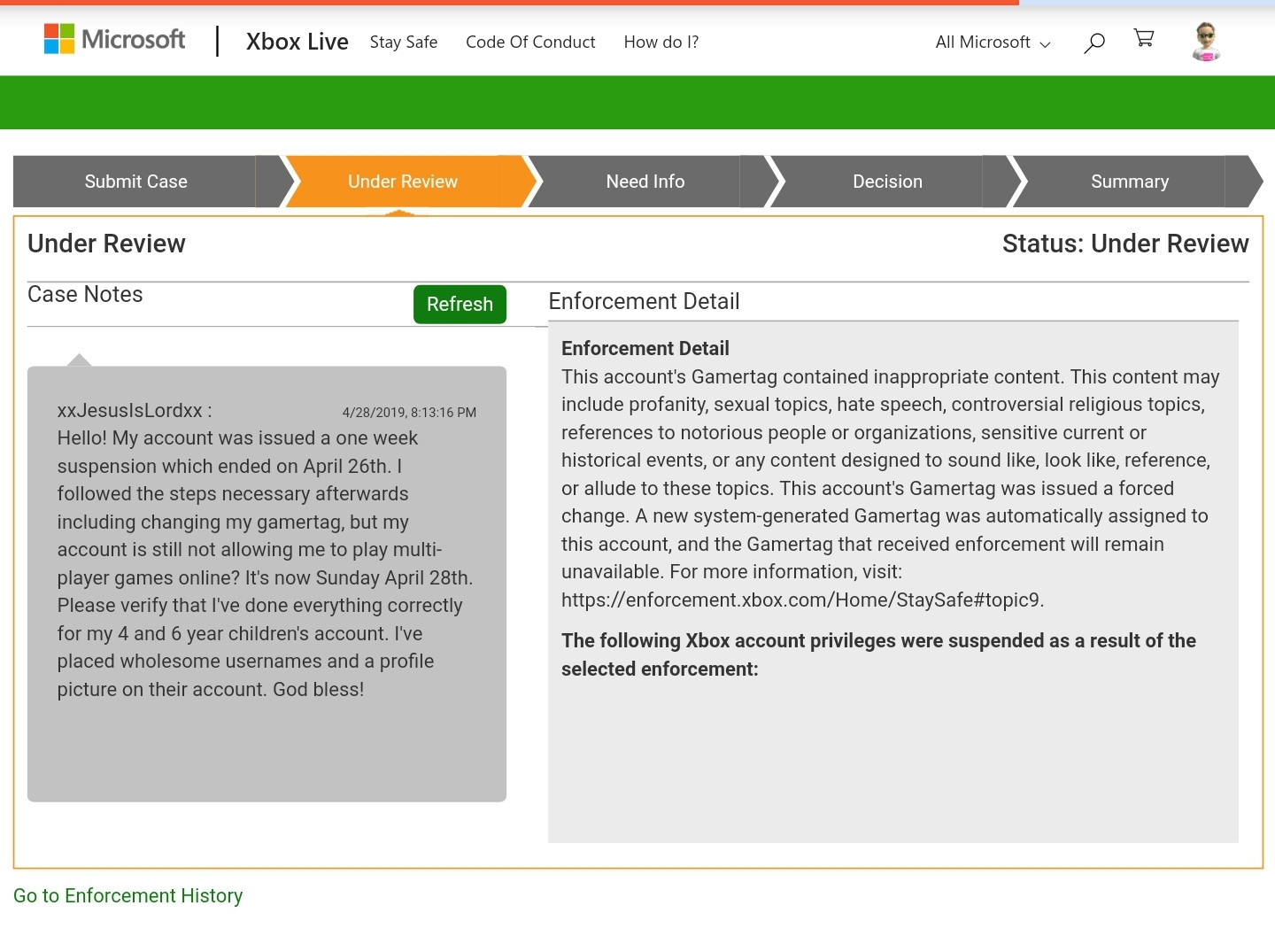 This was a follow-up message from a post that Red Pill originally made back around April 20th, 2019, where he explained that his original account name on Xbox Live, “IWillRedPillU”, was suspended for “Harassment/Abuse/Threats”. The suspension was for one week, between April 19th, 2019 and April 26th, 2019. The gamertag was also given a takedown notice, which forced Red Pill to change his Xbox gamertag from “IWillRedPillU” to something else.

“Xbox Live suspended my account for having “Red Pill” in the gamertag.

“No bullshit. I rarely if at all even play. Just got this email. My sons are 6 & 4 and even less often play.

He also shared an image of the initial suspension. 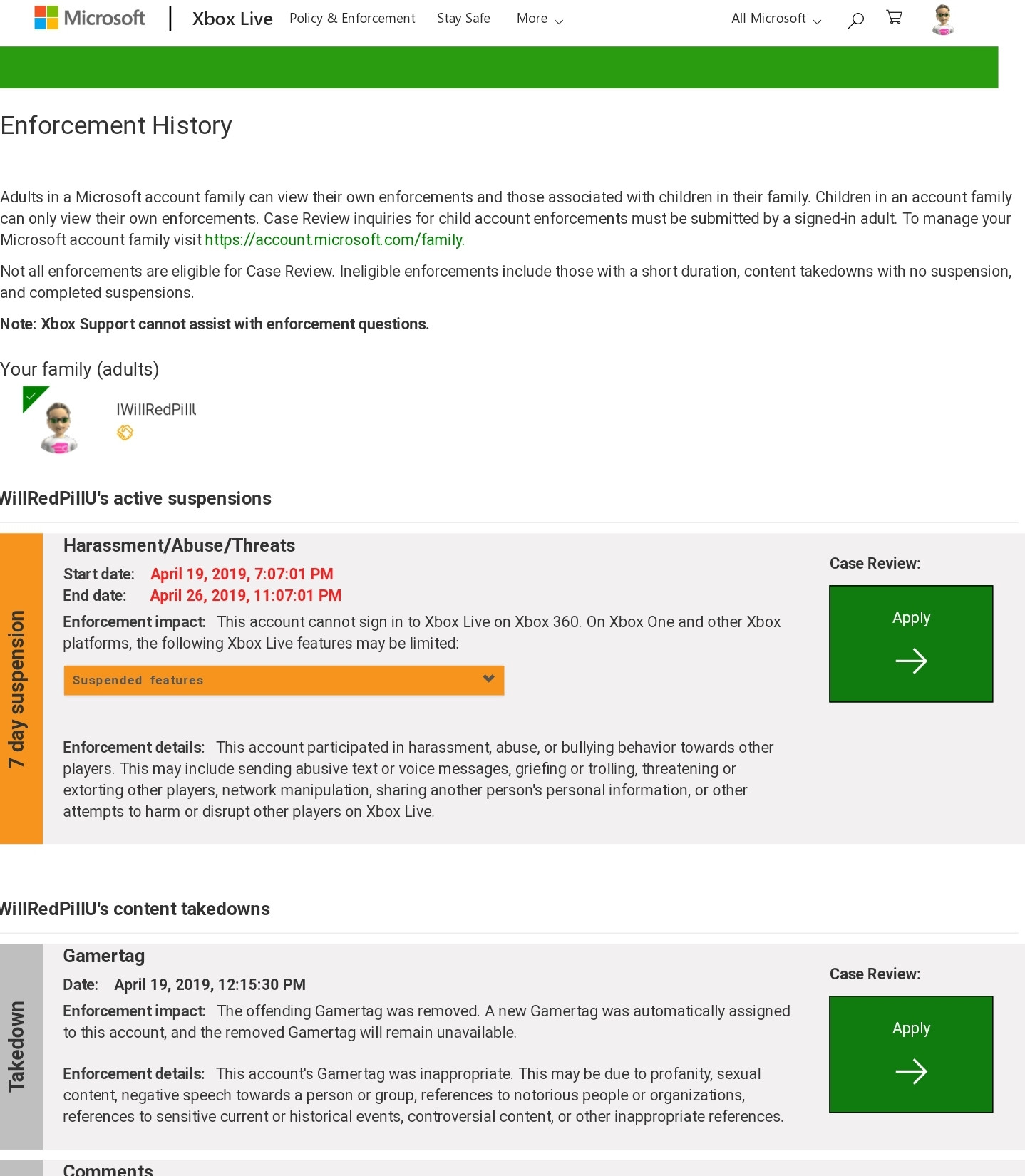 The enforcement of the takedown has a similar message to the one he received after changing his gamertag username to “Jesus Is Lord”.

The enforcement message in full reads…

“This account’s Gamertag contained inappropriate content. This content may include profanity, sexual topics, hate speech, controversial religious topics, references to notorious people or organizations, sensitive current or historical events, or any content designed to sound like, look like, reference, or allude to these topics. […]”

Based on the fact that the “Jesus Is Lord” gamertag was hit with the the suspension, too, it’s likely that they classify Jesus as a “controversial religious topic”.

We’ve seen this kind of censorship with usernames happening frequently over in the Sony camp, but it looks like Microsoft is getting in on the act, too.

Unlike Sony, though, Red Pill didn’t seem to lose access to his games based on his comments.