This is probably old news for people who already follow all things Azur Lane like a religion of waifuism, but for those of you who didn’t know, Idea Factory International and Compile Heart will bring over Azur Lane: Crosswave to the West for the PlayStation 4 in 2020.

Gematsu reported on it early in May, revealing that initially the game will release in Japan first later this year for the PS4 on August 29th. It will then arrive in the West the following year in 2020.

The game was initially announced for its Japanese release back in mid April, after having a highly successful run in the mobile space with the original Azur Lane, which came out back in 2017 for iOS and Android devices. Crunchyroll reported on the initial gameplay, which was revealed in a  trailer that you can check out below.

As you can see, the game is a third-person shooter, not too dissimilar to a third-person SMHUP. A lot of people familiar with games like Earth Defense Force, or Star Fox Zero, or Sin and Punishment will be right at home with Azur Lane: Crosswave.

Of course, no one cares about the gameplay or the release window or the features. The most important thing anyone cares about who clicked on this article is whether or not this game will get the cold, hard, ram-rodding of Sony’s censorship policies.

Because let’s face it, it doesn’t matter how curvaceous, how buxom, how cute, how moe, how sleek, slick, sexy or flat your waifu looks in the game if she’s going to get hit with more layers of forced clothing than a burqa-laden slave to Sharia. All due to the fact that some pimply-nosed, sex-regressive, danger-hair wearing, overweight, Soylent-injecting “Censorship Officer” in the California headquarters of SIE decides that the wang in your Wranglers is getting too freaking frisky for the likes of their anti-Western hard-on deigned to ruin everyone’s fun who isn’t sporting ten different gender pronouns in their Twitter bio and more colors in their profile flag than a New York district get-together of rival gangs.

The portend of precarious thoughts percolating in the piqued minds of persistent gamers can’t be denied because it’s the first freaking thing that came to my mind before I even opened up the little blue link to Gematsu and spotted the face of a female anime character that probably nearly gave a gender studies graduate working at Sony’s headquarters something akin to an ideological aneurysm. 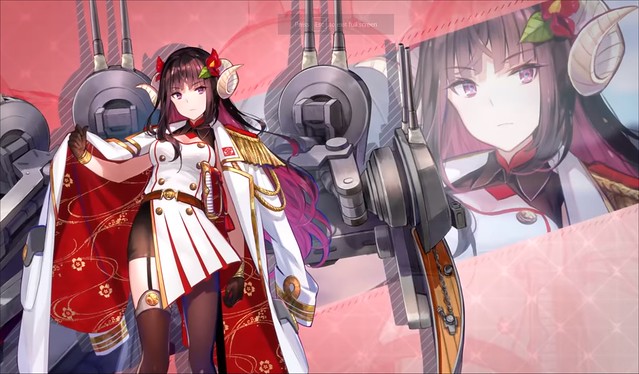 The only thing we can hope for is that Idea Factory International relinquishes any kind of loyalty to Sony, and that if this is some sort of exclusivity deal signed before Idea Factory found out about the detrimental downsides to Sony’s exclusionary censorship policies that they eventually plan for a Switch release following the PS4 launch of the game in 2020.

I can’t say for sure that Azur Lane: Crosswave will be censored, but even the mobile game has been subject to some questionable censorship charges that were thankfully reversed but also relegated to the excuse of being an English version-only bug. I can only imagine that in the dark side of some dank onion link there’s a community already taking bets on how long it will take for Sony to get triggered and sic a Censorship Officer on Azur Lane: Crosswave to upend its release in Japan the same way they did with Senran Kagura: 7EVEN, which eventually forced Kenichiro Takaki out of Marvelous Entertainment.

Anyway, there’s no proof that the game is or will be censored. It’s basically just a tingling sense that’s ringing like crazy on the side of your mind like Spider-Man before a sharp pointed object from Rhino attempts to widen the gap between his cheeks.

If the game is censored we’ll be sure to let you know. If it’s not? Well, you can put your hands together and thank the heavens that your waifus are safe.

For more info be sure to keep track of updates and information over on the official Idea Factory International website.

(Thanks for the news tip EvaUnit02)