Linden Films’ anime Tejina Senpai is being localized for Western audiences courtesy of Crunchyroll. The anime, known in English as Magical Sempai will air this July on the streaming service. Ahead of its launch Crunchyroll rolled out a preview trailer for the anime, only the trailer decided to go with got creative with some of the more cheeky moments by blatantly censoring them.

The original Japanese trailer for Magical Sempai was posted up courtesy of Anime Promotions. It clocks in at 1 minute and 12 seconds. You can check it out below.

Crunchyroll also aired their trailer on May 17th, 2019. The trailer clocks in 1 minute and 21 seconds. You can check it out below.

While the English trailer adds subtitles, it also has something else… cards.

There’s an ample supply of censored imagery in the Crunchyroll version of the trailer, this includes censoring out all of the panty shots in the collage at the end with the words “Fail”. 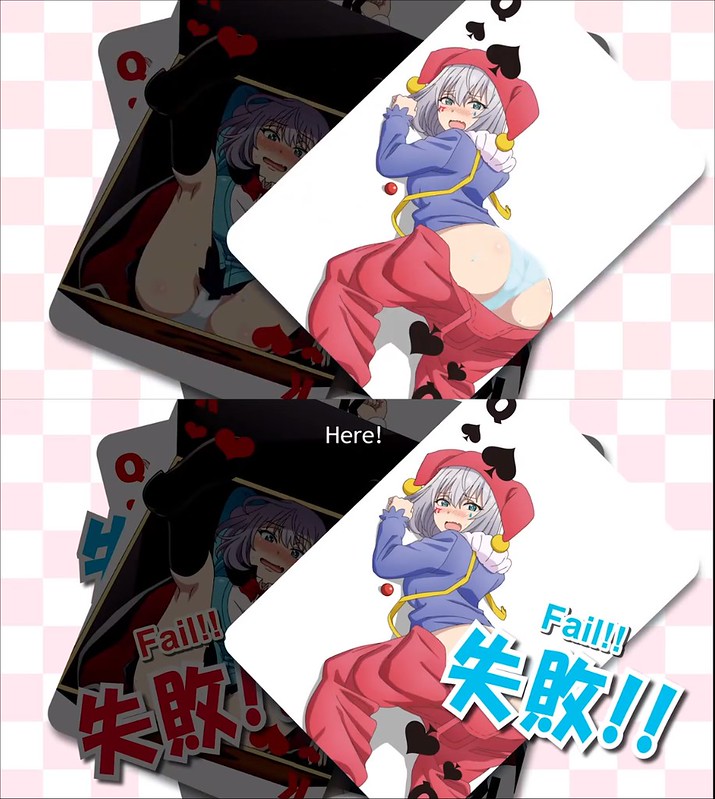 The English trailer also contains a censored close-up panty shot of the bumbling magician’s assistant, where a giant ace of hearts is covering up the thigh gap and panties of the character after her skirt is blown to pieces. You can see the difference between the two shots below. 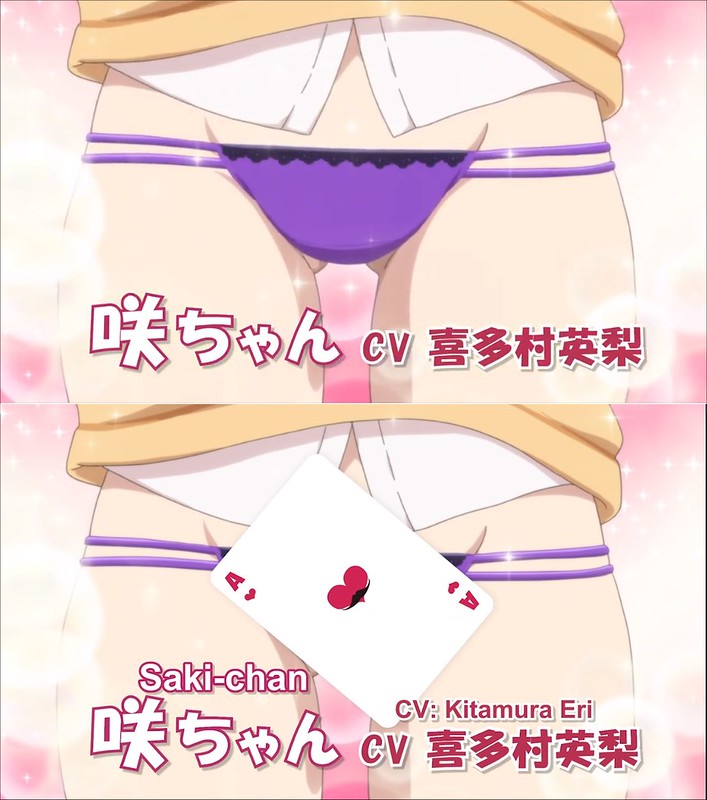 They also use the words and more conveniently placed cards to prevent viewers from seeing Senpai’s panties during the one tilt where she falls over and is tangled up in the rope while her legs are spread enough to give everyone a nice, crystal clear view of the dainties for her derriere. 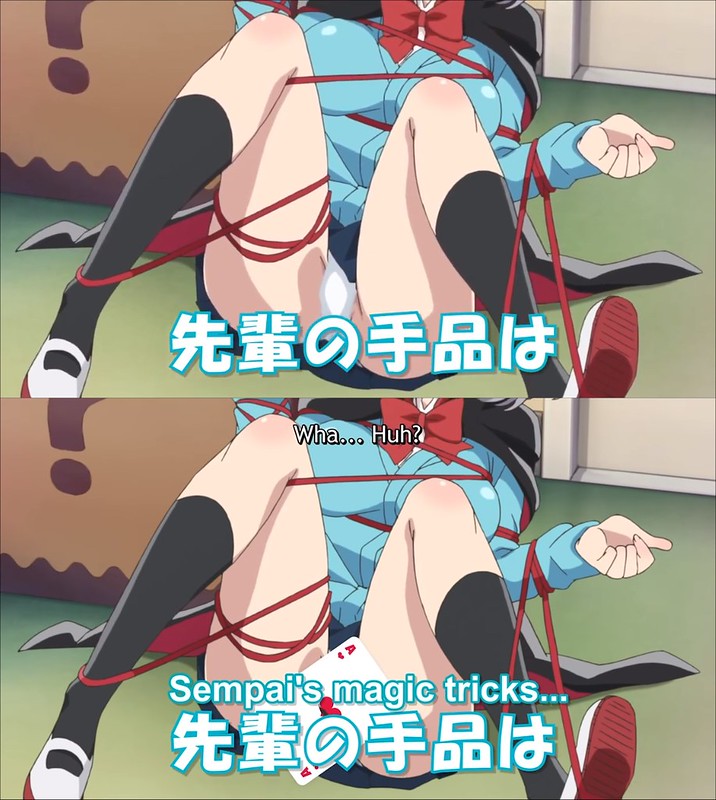 It’s not a particularly encouraging thought when the first preview for the upcoming show is already being censored by Crunchyroll. It seems to oftentimes be an indicator of things to come.

[Update:] It appears as if Crunchyroll deliberately went with the censored version of the trailer, which had been available since March 30th over on Bilibili. During Crunchyroll’s initial announcement back on March 17th, 2019, before Bilibili made the censored trailer available, they had linked to the original uncensored Japanese trailer. They put a warning above the trailer, stating… “1st PV (Warning: this clip contains some panty shots)“. For the second full preview trailer (the one released on May 17th), they switched to the censored Bilibili trailer and translated the captions into English, as opposed to translating the original uncensored Japanese version into English.

This isn’t even the first time that Crunchyroll was caught censoring an import. They Previously they had removed the touching feature from DanMachi Memoria, claiming that it was “never intended for Americans” even after it was originally advertised for the Western audience. They even went so far as to delete the previous promotional trailers in a bid to hide the evidence.

Anyway, you can look for Magical Sempai to air this July in the West, but if the preview is already censored be on guard for censorship invading the main show as well.

(Thanks for the news tip ApocalypseIndustries and Geo Cx)