A PS4 level for Media Molecules’ Dreams was forcibly removed by Sony for containing “Mature Content”, according to the creator of the level. He aired his grievances on Twitter via a post made on May 24th, 2019.

He tagged in Media Molecule to the tweet and linked to a thread on the Dreams sub-reddit.

Haus of Bevis has been deleted!
Think we need this fixed! #madeindreams#deletedbysony@mediamolecule https://t.co/AY9QMmHHlk

The link to the sub-reddit explains Bevis’ conundrum, where he explains…

“Today, my level I have been working on for the past five months has been moderated due to “mature content”. It sickens me because Haus of Bevis has been out since the Beta and just NOW its too graphic? I tried to make the contents as tasteful as I could, with consideration of multiple audiences. But it seems that its too obscene for people to see.

“I have put my heart and soul into this dream- and to have it deleted out of nowhere is beyond me. Countless hours have been wasted, reduced to nothing. It also makes no sense because MM have even used footage of the semi-naked sculpts in a presentation at GDC, and featured it on their streams… I really am just confused and heartbroken.”

So what was so “mature” about his level? Deformed nude statues. You can see some examples below. 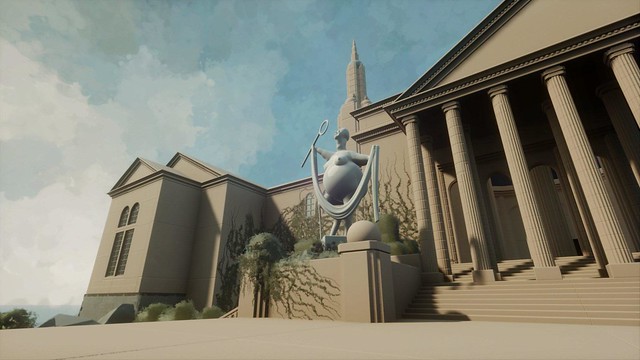 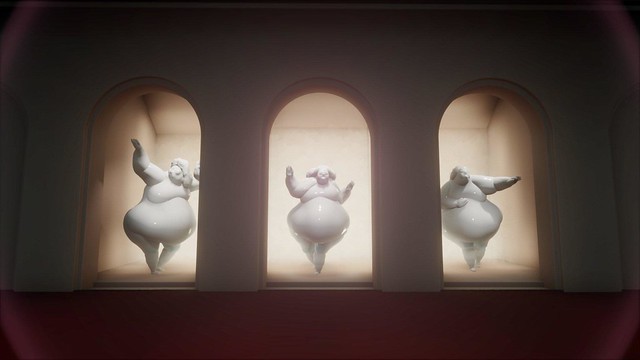 There’s also a video walkthrough provided by YouTuber Lucid Stew, who takes gamers through a virtual tour of the level.

Yes, white marble statues that are nude were enough to get the entire level nuked.

The online version of the level was banished and he wasn’t even given an opportunity to make changes to it before it was deleted. However, the level is still available on his local hard drive.

“I know I have pushed the line on the obscene, but I do feel this could have come with some warning, perhaps a chance to moderate the bits that are “mature” myself and republish.

“I am against censorship to the fullest when it comes to artistic expression, but if I could salvage ALL of the work that I had painstakingly put into this “dream” of mine– all for a nip slip and cheek ?? I would do it in a heartbeat. I was days away from posting the final update of the level, finally finishing it after all these months aand — (beefy whoosh)— “your level has been deleted from the Dreameverse”

“Shame on the Haus of Bevis. She’s burning in Hell right now for being a bit too cheeky.”

The thread actually managed to court the attention of Media Molecule community manager Tom Dent, who hopped in to assure Bevis that they would investigate the issue, writing…

“[…] We got alerted to your post by u/theOneironautilus on Twitter and we’re looking in to this for you, and moderation as a whole. We’ll get to the bottom of it! We’re all big fans of Haus of Bevis at the studio, as I’m sure you’re aware!

“Early Access is helping us refine all these systems, and more! So while this sucks right now, it’ll definitely help us shape how moderation as a whole works going forward. […]”

Some commenters suggested that they need to institute hard guidelines on content so users know what not to post and what not to publish or make.

Tegan Gibby actually made a really good suggestion, stating that they should separate content based on accounts, restricting mature content to 18+ accounts or enabling a mature rated filter for those making that kind of content. Gibby rightly points out that this kind of censorship won’t end with just the “Haus of Bevis” and that this will more than likely affect a lot of other accounts and their creations moving forward, especially content that isn’t explicitly pornographic or explicit in nature but could be construed as such by moral busybodies.

User jacdreams had an even better suggestion, stating that Media Molecule should use the PS4’s built-in parental controls to restrict content to user accounts who are identified as being under the age of 18, writing…

“Dreams should be linked-in to the parental controls of the PS4 itself. If you are below 18, some creations are invisible to you, if you are over 18, none are invisible.

“Additionally, for those over 18 who would like to avoid certain kinds of content, there should be preferences to auto-filter it out.”

Filters and options are always the best way to go. That’s supposed to be how Steam was supposed to operate but Valve reneged on that and became the taste police by curating games based on the sensibilities of employees rather than a hardline of content guidelines. This has resulted in dozens of games being banned for inconsistent or unclear reasons, filling up the Waifu Holocaust banned game list.

Tom suggested that they might be able to work with Bevis to get the level modified and further censored and attempt to re-upload it for the community, writing…

“Right now, as u/Bevis2 has mentioned in another comment, it’s completely possible for Haus of Bevis to be remixed, changes made and then re-released in to the Dreamiverse! The Haus can live on!”

Some people were okay with the level being censored and re-uploaded, others were not.

In fact, there were some people who actively pushed back against Sony’s aggressive censorship policies stating that art shouldn’t be dictated and curated according to Sony’s standard of what is considered “indecent”. LucidStew wrote…

“Not to be pushy Tom, but its really important the original come back. We can not have Sony telling us artistic nudity is indecent. This is an absurd stance. This would make many important and foundational works of art indecent, and we can not stand for that. This is Sony telling us that the Venus de Milo, Michelangelo’s David, and countless other priceless works are not welcome in Dreams. Our response to that sentiment must be a resounding and very clearly heard “no”. An altered version of the original Haus of Bevis is not enough.”

Most gamers seem to be of the mind that a filter would be a happy middle ground, so that people who don’t mind artistic nudes can view the content and people who do mind can enable the filter and not have to worry about seeing such content. According to Abbie Heppe, the communications manager at Media Molecule, the level was in the process of being restored.

Yeah! So it’s in the process of being reinstated (any minute now) and it’s kicked off lots of productive stuff on our end today. Glad to see it return 🙂

A similar suggestion was made to Nexon for the game Hyper Universe, and the community manager told the community that a content toggle switch would defeat the purpose of censorship. Hyper Universe eventually ended up on the Get Woke; Go Broke – Master List, by the way. So we’ll see which route Media Molecule takes with Dreams.

(Thanks for the news tip DarknessFX)