Taito and NatsumeAtari is reviving The Ninja Warriors – Again as a remastered game based on the original 194 beat-’em-up game for the SNES. The new game is being made for the PS4 and Nintendo Switch, and it will feature all new graphics, two new playable characters, and overhauled visuals based on the home console game. One of the most notable changes with the remaster is that the Kunoichi has had her boob size increased, making her look just as voluptuous as the brand new playable character, Yaksha, who is a bona fide tittty monster.

Over on the official NatsumeAtari website there’s a section titled “Topic”, which compares the original 1994 version from the SNES with the updated version being made for the PS4 and Nintendo Switch. The colors have been improved, the shading has been increased, the backgrounds have received more detail, and most importantly the characters have been enhanced… in all the right places. Check out the example below.

They retain their original design, but they have more colors, more animations, and more life. But specifically in the case of the Kunoichi, honey pie has some big ‘ole honkers hanging off her head chassis.

While most Western developers are keen on shrinking the boobs of women, taking away their curves, and completely diminishing their sex appeal, Taito is doing the complete opposite, giving their women more curves, more personality, and more sex appeal. That was made quite evident with the brand new character Yaksha, who looks like the prime rib of boner culture. Check out the curves on that hottie McThotty below. 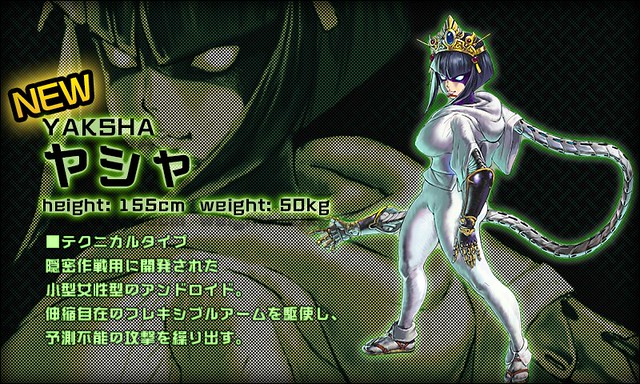 She’s got boobs, she’s got butt, and she’s got a camel toe. It’s like a combo meal from Fan-Service ‘R Us.

According to Nintendo Life, you won’t have to wait long for the game to release in Japan for PS4 and Nintendo Switch, as it’s scheduled to drop in July.

The good part is that since both consoles are region-free you’ll be able to grab a copy from the respective online stores. However, it’s really easy purchasing stuff from different regions for the Switch because you don’t even need a different Switch account.

I was never a big fan of the original The Ninja Warriors because it wasn’t a very fun game, especially compared to Capcom’s CPS1 titles out back in the day. It paled in comparison to Streets of Rage, and was only marginally on par to stuff like Final Fight. But the remaster looks like with better animations and graphics along with improved playability and controls, it could end up being a nice little gem that does the remaster formula justice. We’ll find out if it’s all smooth when it launches in July.

(Thanks for the news tip Weeb Pride World Wide)