There is a report circulating that reporters from Vice, Lani Levine and Elle Reeve, allegedly broke into the home of Jim Watkins, the current owner of 8chan. Watkins is located in the Philippines.

The news comes courtesy o fa tweet from the 8chan Twitter account, which delivered images of Reeve and Levine outside of the home of Watkins on May 18th, 2019. According to the account the duo entered into Watkins’ bedroom but were then ordered off of the property.

.@elspethreeve with a filmmaking crew just broke and entered into Jim’s bedroom and were ordered out of the property. @elspethreeve and her producer @lani_levine have now protected their tweets.

The Filipino authorities have already been notified. pic.twitter.com/mppgbhGOlT

As noted in the tweet, both Reeve and Levine have protected their tweets. 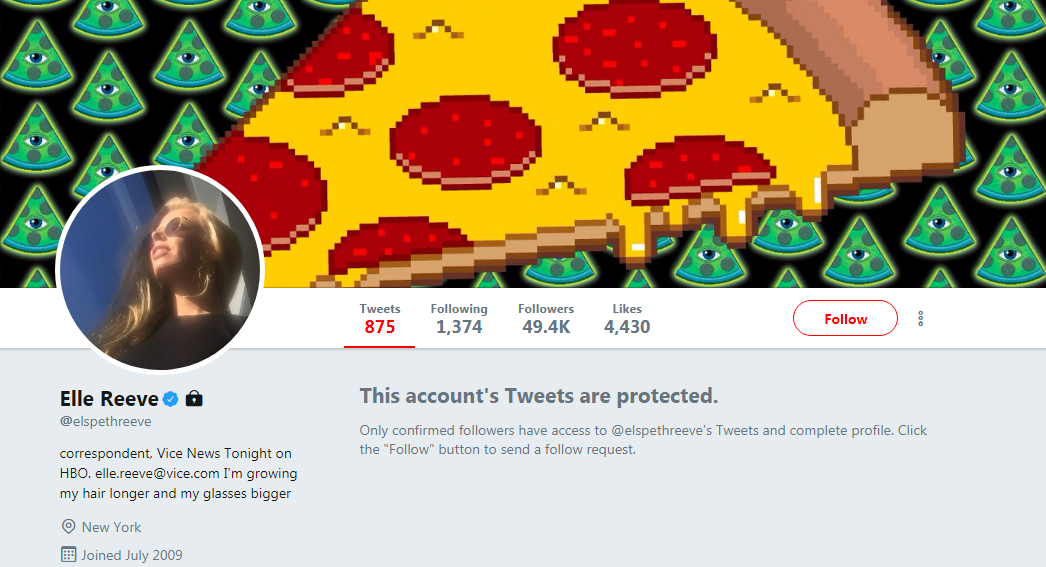 Additionally there are no archives on the Wayback Machine for Lani Levine, so you can’t check to see what she was up to just before May 18th, 2019. There are archives of her account on May 18th, but she had already protected her account by that point.

The most recent Google caches are from back on March 27th, 2019. They don’t really reveal much about her current activities just before the 8chan tweet dropped.

The same applies to Elle Reeve, who’s Google cache is also from back on March 27th, 2019.

Reeve does have entries on the Wayback Machine, though. Here latest snapshot before locking the account is from May 8th, 2019.

Nothing from the snapshot has anything to do with Watkins or any trips to the Philippines.

However, the image evidence makes it difficult to deny. I did reach out to Reeve to ask about the situation and if she responds the article will be updated with that response.

As to why they were allegedly snooping around Watkins’ house likely has to do with a special that Vice was supposed to be working on. The 8chan account notes that they wanted to get out ahead of any possible footage that might be used in the Vice or HBO documentary.

Just putting this out there in case they’re planning, through @HBO and @vicenews, to use the footage they’ve obtained without permission or consent.

This comes shortly after a barrage of articles have been attacking and targeting Jim Watkins and the 8chan imageboard because the Christchurch, New Zealand shooter would sometimes use 8chan.

The media have been pressuring for the censorship of 8chan, even though the shooter live-streamed the entire massacre on Facebook.

Nevertheless, ISPs in the Philippines have been blocking resident access to 8chan and certain other sites.

This is all part of a brisk move by tech giants, media outlets, and the government to enforce more widespread censorship across the net in the wake of the Christchurch shooting.

As for Elle Reeve and Lani Levine, we’ll have to wait to find out what fate befalls the Vice duo, assuming anything happens at all.

(Thanks for the news tip StoneMangSam)